As check-in does not take place until about 3 hours before my connecting flight commences, I fear that it is prohibited to stay at the airport for that long.

Sleeping in airports is generally frowned upon in all Japanese airports. While the terminal is open, you will likely be approached by a security officer who will ask to see your travel documents

It also links to a quote from the Narita website, although I can't find the quote on that page.

Aircraft operating hours is between 6:00 a.m. and 11:00 p.m.. Customers are not permitted to remain in the passenger terminals outside aircraft operating hours. However, under special circumstances, for example when an aircraft arrives after public transport stops operating, customers may be allowed to sleep in designated areas. Moreover, customers catching early morning flights are advised to use nearby hotels and accommodations around the airport.

It does however say that sleeping facilities can be reserved in advance in the day rooms.

From some of the comments, however, on sleepinginairports, some had no problems and even had the police show them comfy places to nap. So it looks like officially, no, you can't, but in reality depending on your luck, you may be able to.

Haneda unlike Narita, is almost at the heart of Tokyo.
In less than 40 minutes you can get to Shibuya a sleepless city. And 19:00 is still too early.Trains usually run until after midnight
In case you are tired and want to catch some sleep there are always the "Manga Kisha" (cyber cafes with internet, Mangas, movies) with reclining sofa, showers, free drinks and cost almost nothing.
Here is shibuya zebra crossing . You will find many foreigners wandering around there. 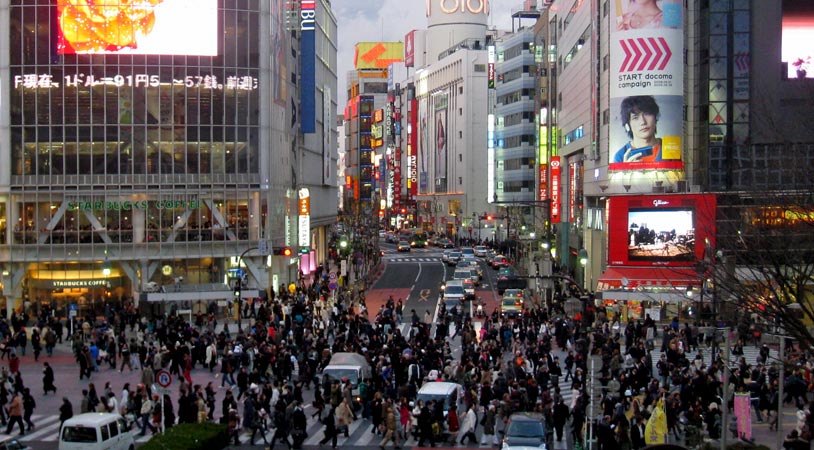 From shibuya, you can get to Shinjuku in less 10 minutes, another sleepless city with a lots of skycrappers.

Just in case you haven't checked a map, Narita Airport is about 2 hours from central Tokyo. Haneda is 30 minutes. Yes, Shinjuku and Shibuya are 24-hour places of interest, but do you really want to overnight there between long-haul flights, with your baggage in tow?

There are many hotels in Hamamatsucho ( one train from Haneda ). You can explore a bit in the morning and leave for Narita about noon (no later). Larger hotels have direct bus service to Narita - slower but rather easier than the train.

Not the answer you're looking for? Browse other questions tagged japan airports regulations nrt or ask your own question.

19
Layover at Narita, Japan. Do I need a transit visa?
3
From Haneda airport to Narita airport with same airline
2
Shipping luggage from Narita Airport to Haneda Airport and storing it there
9
Ship Luggage Same-Day from Haneda to Narita?
9
Can I stay overnight at Košice airport or does the terminal close?
2
Layover in Narita, transfer from Terminal 2 to Terminal 1, change airline
1
Staying overnight in Shanghai airport (PVG)
3
8 hour layover Tokyo on a Sunday (later afternoon/evening)
3
Walk to Sakuranoyama Park from Narita Airport
4
Transiting through Narita Airport