I have been desperately trying to find more information on the Queima das Fitas student parties in Portugal (Porto and Coimbra).

I have tried many resources, but the websites are not updated and neither are the Facebook groups.

Would it be possible to provide some additional information regarding these parties/cultural events? When are the big parades in both cities (usually what dates)?

Is there a Serenata in Porto too that starts a couple of days before the actual parties? What shows/bands are worth seeing? What are generally the best days to be around for these festivities?

So, I did some search in google and found these for Coimbra:

These are in Portuguese but I think you can easily translate it either in google or in the built-in tool in FB.

The dates are from 9 May to 16 May. The program is not very clear yet. I am sure if you ask in facebook someone will answer.

For Porto the information is even more scarce:

The dates will be from 4 to 11 of May accourding to this website. Check this facebook page also.

This is not what you asked, but if you have to choose one, I would go for Coimbra. It's the oldest University in Portugal, also in tradition. In either case you will be very well served. Both cities are amazing with very specific culture and tradition. Both "Queimas" are worth going to!! Try to meet local people and live the spirit of Fado, "Academia" and joy. 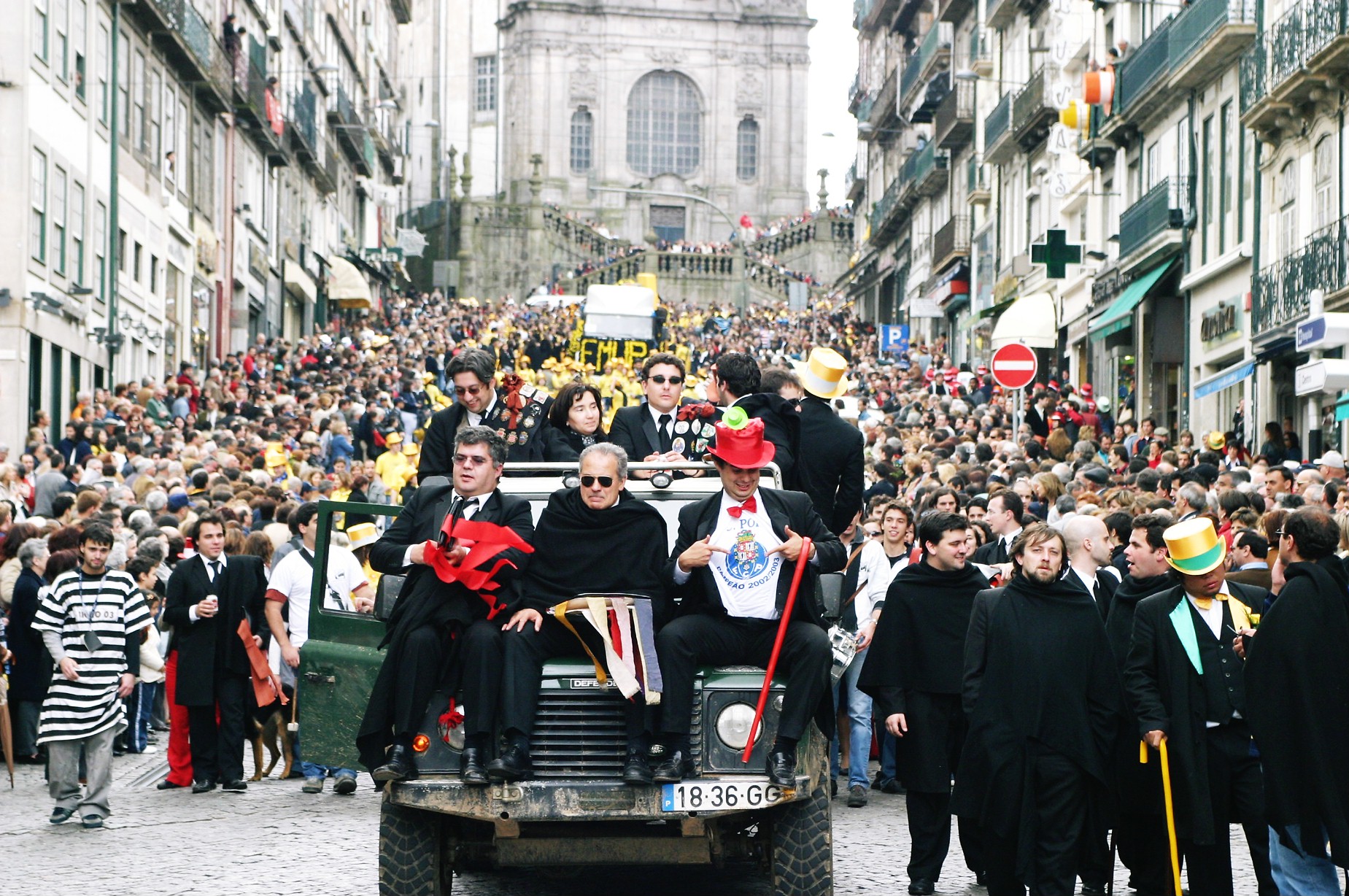 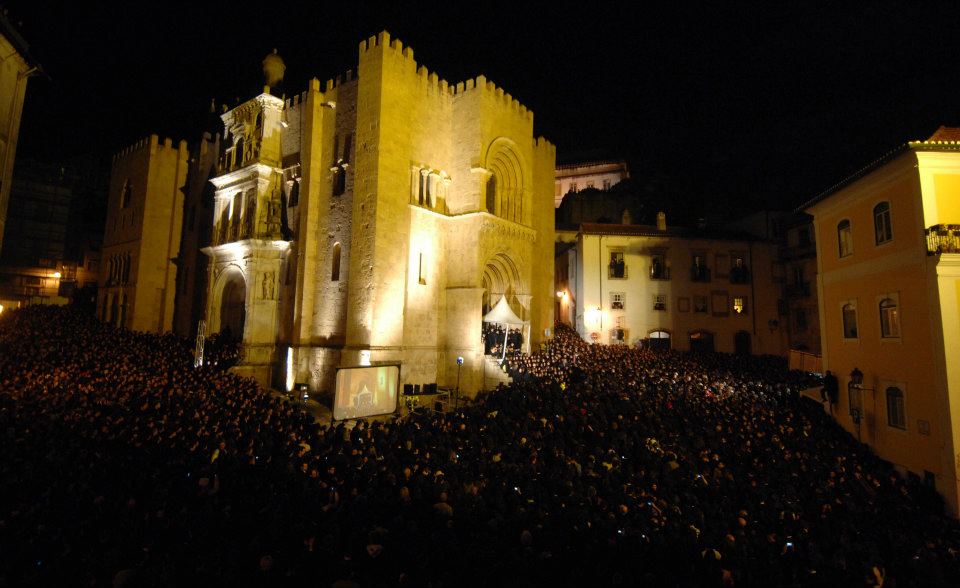 And a link for the "monumental serenade" in you tube - the starting point of Coimbra "Queima das fitas". This is one of the highlights of the "Queima". You have to be there to live the atmosphere around it.

Since many of you don't know the "queima", I think it's also valuable to share some information about it. Here you find a link to wikipedia about it.

About Porto's Queima das Fitas there's a small guide in English that explains everything very well. It's also available in Spanish. For completeness sake note that this is not my website.

"It all starts Sunday evening at 00.01 with the Serenata, a Fado concert, performed by students for an estimate 55.000 colleagues and all the people that can fit in Avenida dos Aliados, in front of the Town Hall. The Fado performed is a very special one, called Fado de Coimbra with lyrics that represent farewell and goodbye to the students life.

After this contemplation moment, all hell breaks loose and there’s a roaming mob of black cloaks heading to Queimódromo, the official place to listen to some music while drinking. For most of the mortals, Queima is like a music festival where you can attend some concerts and have some drinks. For the majority of people, is a place where you can go and drink, meet people from other colleges, drink again, break up with your better half and have a lot of fun. And drink some more.

Students can get their tickets for Noites da Queima in advance (cheaper) or at the entrance with the general public and huge cues, a bit more expensive. To know which concerts to attend, there’s the official lineup that you can check called Cartaz da Queima.

Next morning, after sobering up a notch, its time to meet your family and go to Missa da Benção das Pastas in Avenida dos Aliados. There’s a particular item that is blessed in this ceremony, a black leather folder, that traditionally students use to carry their books, called Pasta and were they attach the Fitas (stripes). These Stripes give the name to the party, Queima das Fitas, meaning burning of the stripes."

And then comes Monday with nothing special to do except going to Queimódromo to relax and prepare for the highlight of every Queima which is held Tuesday, the Cortejo Académico. 90.000 students from the nearly 30 colleges which are part of the University of Porto, will attract half a million people that clog Porto’s center streets, starting Tuesday at 14:00 and ending up Wednesday at 2:00. The big parade has some basic rules: each college has a float commanded by Doutores (third-year students); in front of the car, walking, the Finalistas (Seniors) with their canes and top hats and behind the car, singing and making choreographies, the Caloiros (freshmen).

All the bars and restaurants in this area will have plenty of tap beer to hold the thirst of all these people. I can tell you that this is probably the only moment when parents are proud of seeing their kids drunk.

The parade ends in front of the City Hall were, in the tribune, the Dux Veteranorum (the leader of Porto’s Academy) together with Porto’s Mayor and more notable people will receive the salutations from all the colleges.

Wednesday and Friday - FITA and Garraiada

"Wednesday evening is time for FITA – Iberian Festival of Tunas – no, it’s not about large fish that we usually put on a can. Tuna is a group of students that play traditional instruments and each college has, at least, one.

To close the week, on Sunday, traditionally we have Garraiada, a kind of bullfight with cows and a big bull. Colleges have teams to face the beasts and there’s always a winner each year. "

The guys responsible for it have different articles about Porto and it's trustworthy information.

Not the answer you're looking for? Browse other questions tagged portugal events porto or ask your own question.

8
Is nudity as common at the Australian Burning Man as at the original US Burning Man?
4
Where can I find tickets to Burning Man event?
4
Will the Japan Indonesia friendship Festival 2014 be held despite dengue outbreak?
8
Looking for a sunset spot in Porto, Portugal
3
Can I check my luggage the night before the flight in Porto airport? (OPO with LH)
8
What are the luggage storage options available in Porto?
7
Basel to Porto for non-EU citizen. Is there a passport check?
7
Madeira - transport to Levada das 25 Fontes
0
Luggage storage in Santa Cruz das Flores