When picking a "luxury hostel" for a business trip, how to ensure it'll be quiet enough?

The March 2014 edition of Business Traveller (grab a copy from your nearest airport lounge or nice hotel!) has an interesting article on "Luxury Hostels". Specifically, it was about why business travellers might want to look at staying in a private room in a higher end hostel, rather than in a 3*-4* hotel as they might normally do by default. It wasn't so much about price, much more about the location, atmosphere, decor, activities etc.

If you're used to booking into hostels, then working out if a hostel is likely to be a good fit for you or not is something you'll already know about. However, if you typically book into mid-range hotels, how do you check if a private room in an interesting/trendy hostel is likely to work well for a business trip? Especially around noise. (Fun bar to hang out in during the evenings = good reason to stay at a hostel, all night disco heard throughout hostel until 3am = bad for business trip!) 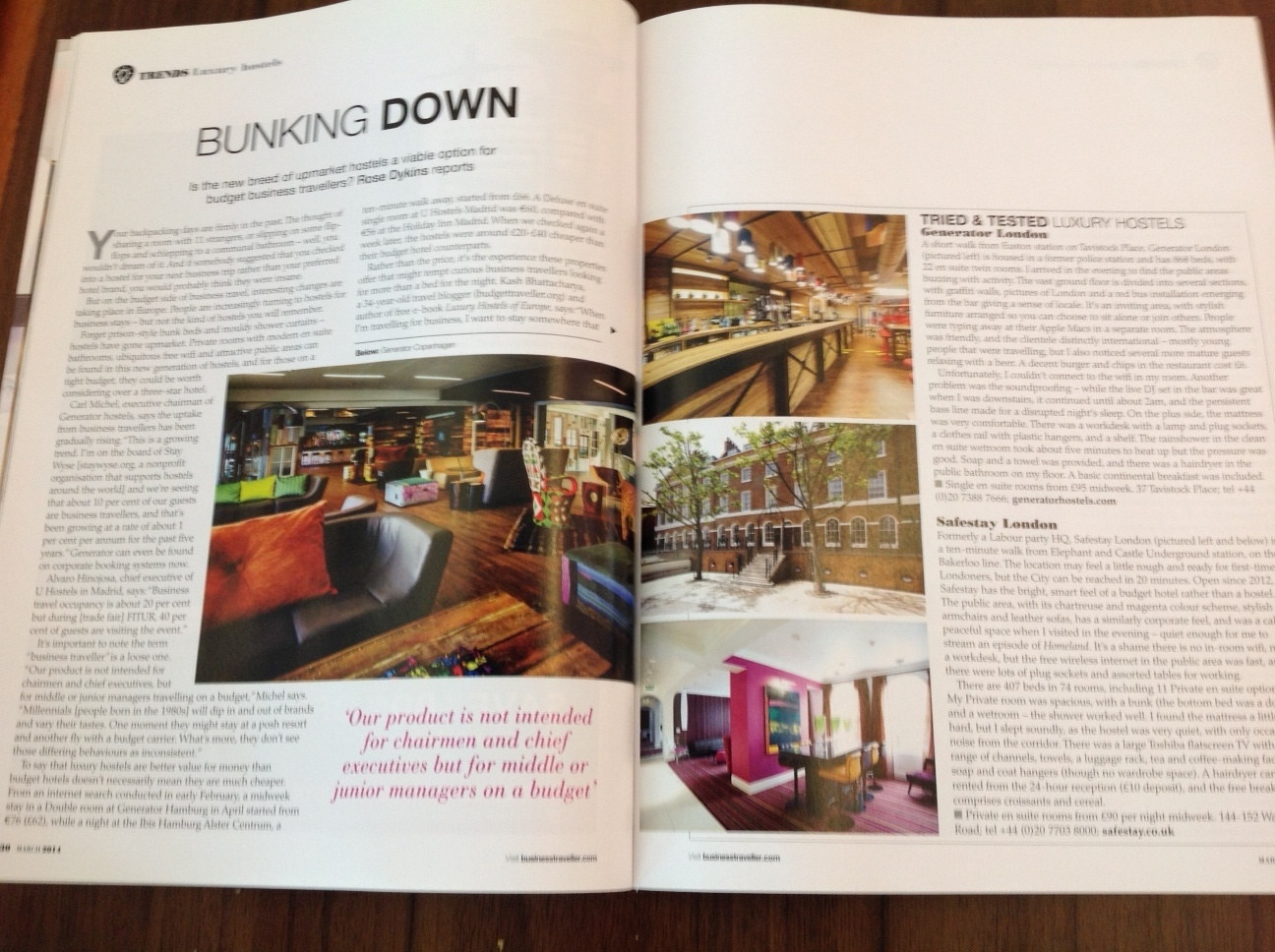 Oh yeah, this is tricky, but it's arguably also tricky to pick a good hotel. Some just aren't as described. Some have construction outside. Some aren't clean.

Anyway, for a hostel. I've stayed in plenty, and sometimes I want a party hostel, sometimes I don't. And by far, the best indicator I've found for this is on hostelbookers - the hostel shows an 'atmosphere' rating. If that atmosphere is high, the odds of it being a party hostel is well correlated. And therefore, unlikely to be quiet.

At that point, it's into the reviews to confirm this. Lots of reviews like 'had a great time, awesome people' can imply a big social atmosphere. However it might also just describe a friendly common room, there's no guarantee.

So next is to consider the other less critical factors:

However, as another person has said, there's no guarantee. You might get unlucky. Then again, you may find a gem, and it'll have completely been worth it :)

I think this is where social networking comes forward. I personally go for TripAdvisor and look for user comments/ratings to check things like this. I skip the noisy hostels because I'm not a night man while travelling. It takes a lot of time to check all these things hostel-by-hostel, but its worthy.

However I believe there is no way to ensure or guarantee a specific quality about a hostel. Hostels are made to trade-off the price and flexibility.

On a business trip, I'm more interested in location and security than "fun".
Close to the reason for my trip, or at the very least close to major roads or transportation networks is a must.
Safe to have my laptop, tablet, and other gear with me as well. Ideally a secure car park if I'm going to need a rental car.
As many people will end up on business travel needing access to industrial estates and office parks, which are often hard to reach by public transportation, and most hostels are in inner cities, that excludes hostels almost by default.
As hostels tend to have rather poor security in place compared to (the better) hotels, another serious drawback.
Leaves cost as the main reason, but as the trip is going to cost several thousand Euro already a difference of a few tens of Euros in the price of a hotel vs. a hostel isn't going to make much of an impact (and it'll most likely end up being charged to the customer I'm visiting anyway).

Not the answer you're looking for? Browse other questions tagged planning hostels business-travel luxury or ask your own question.

14
How do I avoid snoring when sharing a room in a hostel or lodge?
12
How do you find quiet and well-equipped places to work in cities when travelling?
3
Can I travel to the US for a business trip with a visitor visa?
12
How can I find a professional business trip guide in China?
35
Hotel Pool FAQ and Etiquette
4
How should one prepare for a business trip to Manila?
2
Can a UK tourist visa be also used for business trip?
8
Spouse joining business visitor to UK for part of trip