Many years ago someone told me about travel with a Camera Tripod is not allowed. I have a trip to Europe from Australia, and I have a 10 hour layover in Dubai. I would like take photos at night in Dubai.

My tripod doesn't have any metal arrow.

But I would like know if this is a problem, or it just depends on the mood of the airport security?

The exact regulations will vary from country to country, and their interpretation will vary from person to person, so there's never any guarantee of exactly what to be allowed or will not when it comes to items like Tripods.

However speaking from personal experience, I have traveled extensively through at least a dozen different countries on multiple occasions with a Manfrotto 190D (a relatively large, metal tripod) in my carry-on luggage - including trips from Australia.

Only once have I ever had security even ask me about the tripod, and that was when departing from Singapore. They had me remove the tripod from my bag and measured its (non-extended) length, before deciding that there was no problem with me taking it on board.

Obviously YMMV, but based on my experience you will have no problems at all!

There is a comprehensive list of items that are prohibited to be carried on-board by the Australian Government Agencies. The list that of prohibited and Dangerous goods do not list tripod as an item, however, there is a general clause that your tripod may fit under and though most information from forums such as Whirlpool and Overclockers points to the fact that it will be allowed it is in the discretion of the individual doing the checking whether they want to apply the following clause to it:

Blunt objects that can be used to bludgeon or threaten someone, such as:

When it comes to Dubai there is no information like the one above you can probably look at Etihad's list of dangerous or prohibited items to verify.

The two other answers so far suggest you will probably be OK.
That would not be my expectation.

Many people report not having had problems, but here are a few reports of confiscated tripods:

ie it seems that while you will often be OK there is no guarantee that a tripod will not be confiscated occasionally.

I've found Australian security people to be amongst the toughest on occasion. On several occasions I've seen them set up their own XRay and screening system 'at the gate'. I've seen these people confiscate unopened drink bottles which were bought from vending machines in the gate lounge (ie after main security has been passed.

I've had an inkjet refilling cartridge confiscated by Chinese internal security at Guilin airport when travelling to Guangjho. The refiller was unopened. It had 3 tiny internal needles - maybe 10 to 20mm long and shrouded inside the filler. As a weapon it would rank well below an airline meal tray.

I've heard multiple stories of nail clippers being confiscated. These may be useful for inflicting pain if you pushed them up somebody's nostril - but kicking them in the shin would hurt them far more.

ie the security people do not have be reasonable or logical or rational or fair. They can assess what they wish as a threat and may do so. A tripod has long pointy parts and could also be used as a swung weapon (The fact that jumping on a tray table and breaking it off would produce a far more dangerous weapon is irrelevant). It sounds like Doc has been exceptionally lucky and/or is exceptionally charming. Your tripod may survive the trip. But, if it didn't I would not be in any way surprised. I'd not take a tripod that I was not prepared to lose as carry on luggage.

Something like a gorillapod or a bean bag tripod would be far more likely to survive and may be almost as useful.

A customs/security man having a REALLY bad day just might mistake a Gorillapod for an inkjet refiller and confiscate it. But vanishingly few would mistake a beanbag for a fingernail clipper.

Examples of Gorillapods or clones and examples of use in demanding situations. 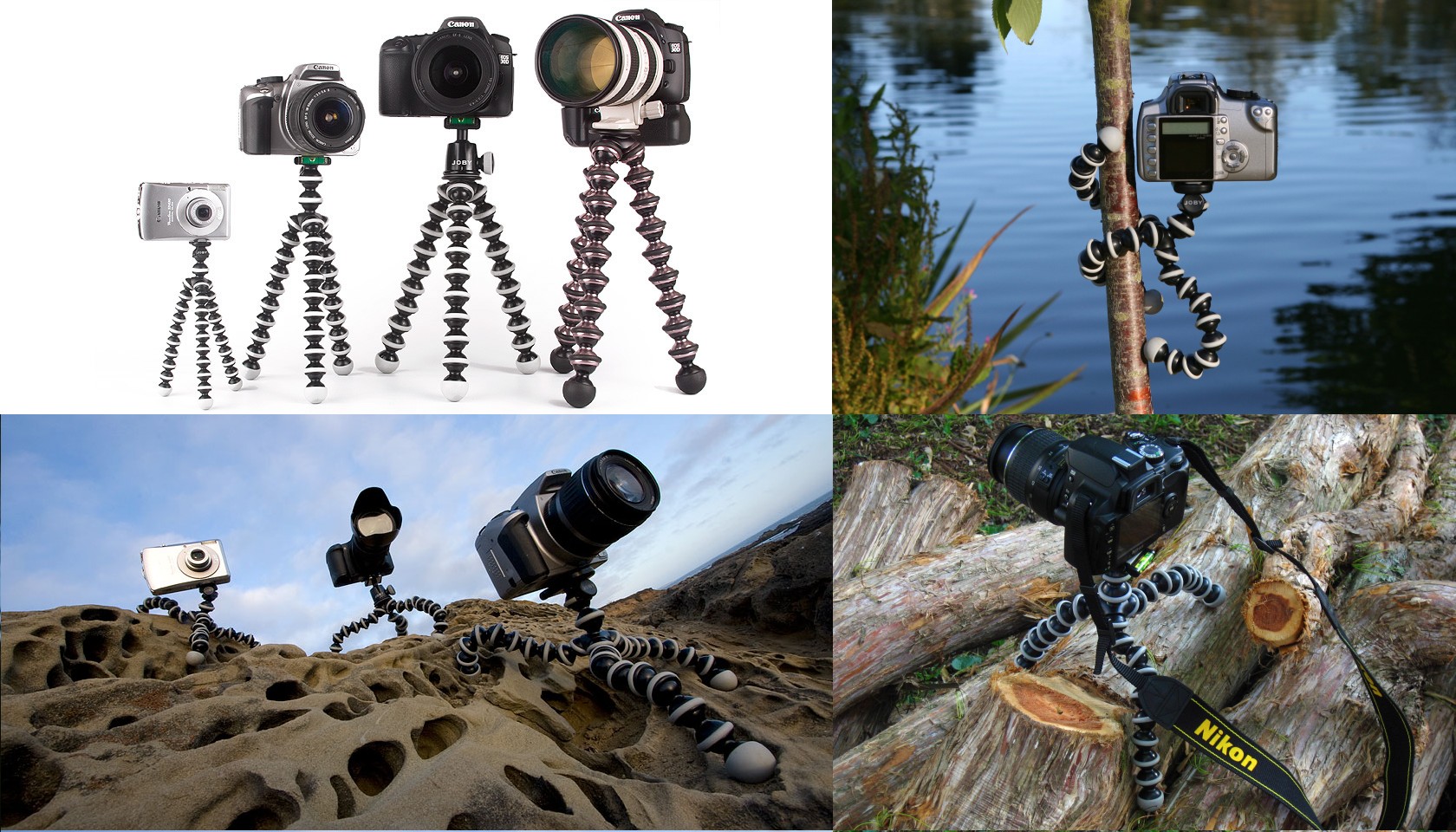 Example bean-bag "tri"pods.
Also handy if you meet a Leopard (or whatever).

Not the answer you're looking for? Browse other questions tagged air-travel australia gear airport-security dubai or ask your own question.

10
Traveling to USA with tripod attached to my camera bag
6
Taking a tripod on an Aeroflot, Kingfisher or Air India flight?
6
Carrying Tripod/Monopod through security at Logan airport (Boston MA)
4
Can I take a tripod on board in my hand luggage?
3
Tripod in Carry-on Luggage in Europe

14
Can you buy duty free at Kuala Lumpur for travel to Australia?
7
Picture cards for common tourist needs to avoid the language barrier?
3
Flight to Baghdad layover in Jordan?
6
Electronics during airport security process in South Africa
10
Can you buy duty free alcohol at Hong Kong International Airport for travel to Australia?
19
Can one carry an internal hard-drive in cabin-luggage?
30
DIY computer in hand luggage - what to expect on security checks?
0
Do I need a transit visa for an 8 and a half hour layover in Australia?
25
First aid scissors confiscated by Dubai airport security