What is usually an American breakfast outside of the US?

A number of hotels outside of the US offer something they call an American Breakfast. What does that usually include in terms of food and beverage?

I have seen this choice offered in a few countries but right now I am looking into what Mexicans think an American breakfast is. Have been to Mexico 8 times already but never picked that option.

An American breakfast is simply the American variant of an English breakfast, which is elsewhere an Irish breakfast— what Wikipedia in its neutralism calls a full breakfast, in contrast to the so-called continental breakfast.

A full breakfast is a "heavy" breakfast high in animal protein such as eggs, sausage, ham, and/or bacon, often fried. The American variant will have some kind of bread such as flapjacks/pancakes, French toast, or a waffle, and American-style sausage or bacon. I have rarely seen a hotel "American" breakfast that includes genuinely American dishes like waffles and chicken, grits, or biscuits and gravy.

It'll vary a little from place to place and on your establishment's interpretation.

However, a good definition comes from businessdictionary.com:

A hotel breakfast that includes most or all of the following: two eggs (fried or poached), sliced bacon or sausages, sliced bread or toast with jam/jelly/butter, pancakes with syrup, cornflakes or other cereal, coffee/tea, orange/grapefruit juice 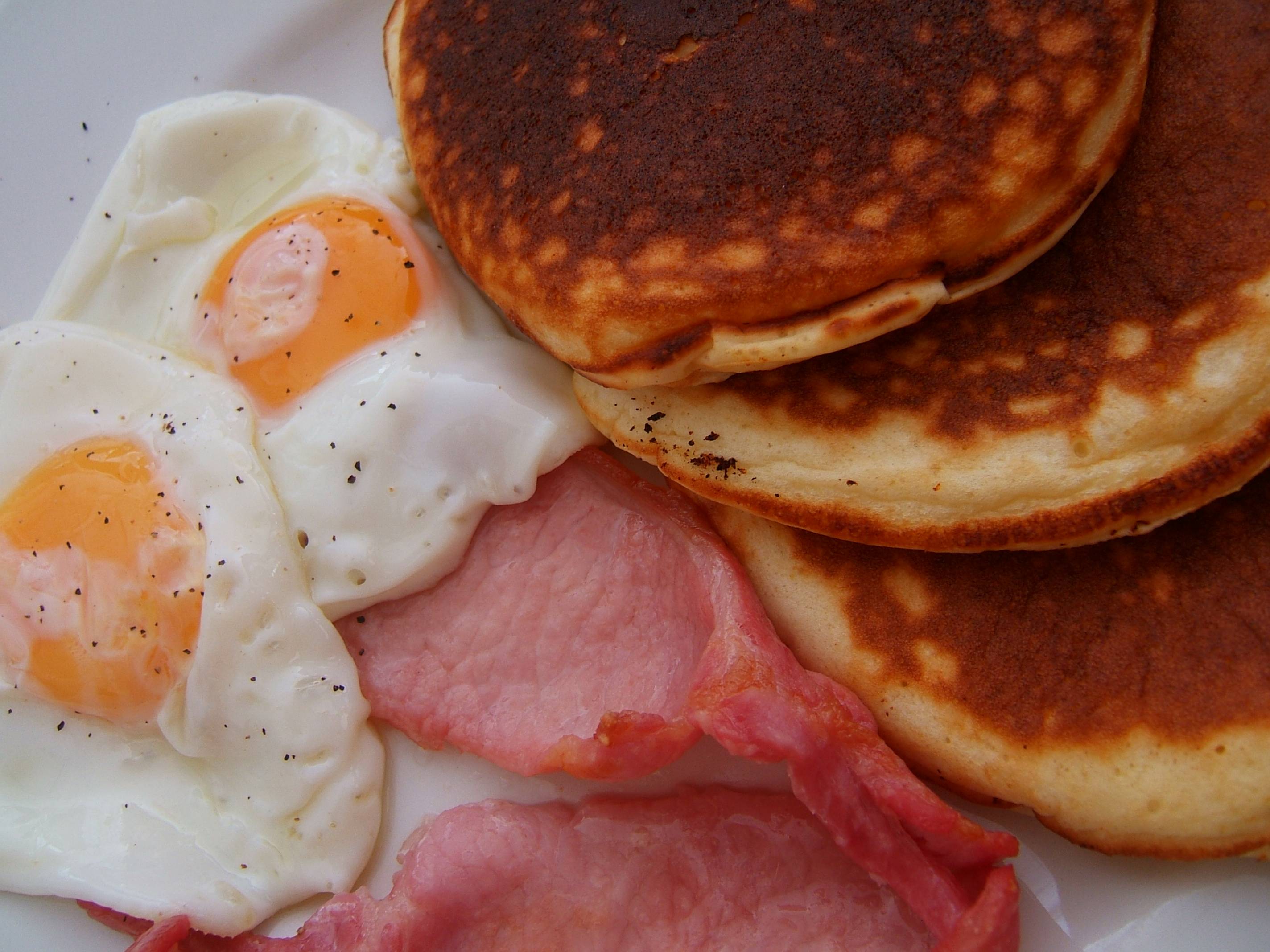 If they're trying to include some unique American food, biscuits and gravy is a fairly uniquely-American dish.

"An American Breakfast" is not a standardized item, especially from country to country The only things it usually seems to include is some form of bread, meat and eggs. In S. Korea sometimes the bread was jam and coleslaw sandwiches. In Thailand sometimes the meat was fish sausage. In Sweden the eggs are usually soft boiled, but they do throw in some baked beans to keep the English happy too.

Not the answer you're looking for? Browse other questions tagged usa food-and-drink hotels terminology or ask your own question.

74
What is a continental breakfast and what other types of breakfasts are there?
2
AirBNB "Breakfast provided" exact meaning

2
Do hotel pre-open bananas to prevent clients from taking them for after breakfast?
10
USA car rental one-way fee
74
What is a continental breakfast and what other types of breakfasts are there?
30
Buying hotel breakfast without having a room?
4
Early breakfast in London
1
DS-160 B1/B2 US visa question for a short visit of prospective PhD student
16
Is breakfast in the Balkans only coffee?
15
"Breakfast included" , excluding weekends
13
What's the shortest flight on which a full, complimentary hot meal was served to all passengers?