Are flights (generally) cheaper on Friday the 13th, compared to regular Fridays or 13ths?

Given the superstitious nature of some travellers, are flights cheaper on Friday the 13th? 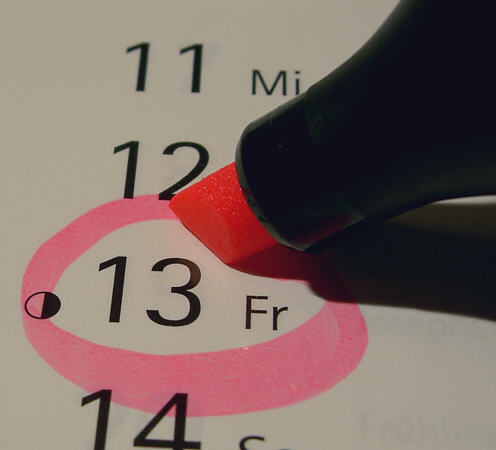 I have some anecdotal evidence of this, including a friend who moved countries that day as it was cheaper, and also got married on Friday the 13th(!). However, I am hoping there is a survey, study or statement from a ticketing or airline company on this somewhere as an answer.

Apparently there seem to be some studies that say that there's a drop in flight inquires (often cited in articles is a study of Jetcost.co.uk that says it drops by something between 24 and 27%). Another study by kayak.com seems to show that the prices are between 5 and 15% lower.

However, I don't know how serious those studies were as I couldn't find the original documents. They might not control for factors like overall drop/increase in flight demand, for instance. Also this is probably an effect that would only affect Western countries, where the superstition around 13 exists and not so much if you were to travel to Asia, for instance.

It might be a bit difficult to define precisely what “cheaper flights” means. If people avoid or postpone trips, Friday the 13th would see a lower number of passengers, all other things being equal. Yield management and pricing in the airline industry being what they are, I suspect quiet days are also days in which people pay less, on average (i.e. the most expensive seats/fares on many flights have not been sold).

Not the answer you're looking for? Browse other questions tagged air-travel budget safety price or ask your own question.

9
Are there certain days of the week or weeks in a month (barring major holidays) that are generally cheapest for flights?
8
Cheaper flights on non-airline sites?
12
Are flights actually cheaper *to book* during the week?
12
Why are flights with hotel bookings cheaper?
4
Are Flights Including a Saturday Night Stay Cheaper?
3
Are airline ticket prices cheaper for some flights than others even before tickets are sold?
6
Do commercial flights generally carry epipens?
4
Cheaper Frontier flights at the airport?