Is there any place in Seoul where I can buy the extreme cold weather boots that go by the nickname "mickey mouse boot"?

In case you haven't heard of these and their nickname makes them sound something like Disney or Hello Kitty, here's Wikipedia's description:

Bunny boots is the widely used nickname for the Extreme Cold Vapor Barrier Boots (Type II) used by the United States armed forces. The liner-less bulbous boots retain warmth by sandwiching up to one inch of wool and felt insulation between two layers of rubber and are typically worn with one heavy wool sock. These boots were originally developed at the Navy Clothing and Textile Research Center in Natick, Massachusetts, US, for use during the Korean War.

Originally designed for the military, such boots have become staple cold weather gear both in civilian work and recreational environments. Bunny boots are very popular in Alaska. 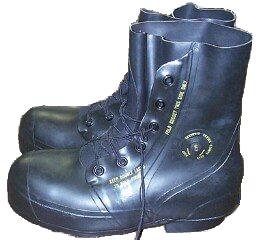 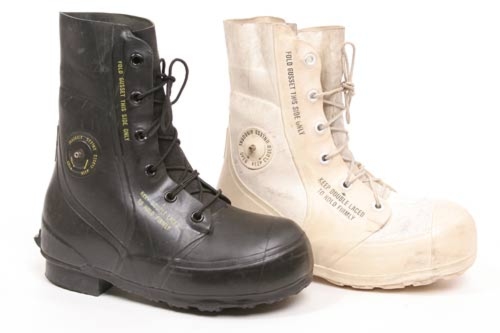 There is a store in Itaewon called DMZ. The guy there sells pretty much everything an if something is not available in the shop he can get it for you within hours.

I was there recently and can confirm that he sells these boots.

Someone even made a video how to find this shop, and you can watch it here http://www.youtube.com/watch?v=aqKEQ6B2b6s

It is not hard to find. You exit on the Itaewon subway station head out on exit 4 and just follow the video.

There is very little in terms of online information on where US Army surplus stuff is available in Seoul.

The best information available is a thread on the Waygook Forum and similar threads on ESLCafe Forum, and Airsoft Korea.

I could not find any references to these shops to have online presence, so walking into a store carrying Army Surplus items might be the only options. The only good thing is these shops exist.

Another possibility is to order from a store in the US and have it shipped to Korea or dropshipped via some remailing service.

Not the answer you're looking for? Browse other questions tagged gear shopping clothing winter seoul or ask your own question.