Do airlines fly directly over the North Pole?

I always like flying to/from north America, since the route usually goes over Greenland. I do like the idea that I am only 10 km away from this inaccessible land. I would love to be able to say that I have been that close to the north pole. Unfortunately, so far my journeys remained to the more southern parts. Do airlines fly directly over the north pole and if so what route should I take to have the best chance?

I've flown directly over the north pole on a route from ATL to PEK (beijing). Here's a pic of the seatback flight map from a United 747, where I spent the entire flight with my face pressed to the window. Amazing scenery from Hudson Bay north through Baffin Island and on. It was July of 2008.

When we crossed the pole (as indicated in the flight map) the icon of the airplane began to flip back and forth, not knowing exactly which way it was pointing. I thought that was really cool and shot video of it trying to establish it's direction over the course of about 3 mins. Once we get a little bit of distance from magnetic north, the icon settled down and pointed toward Beijing. 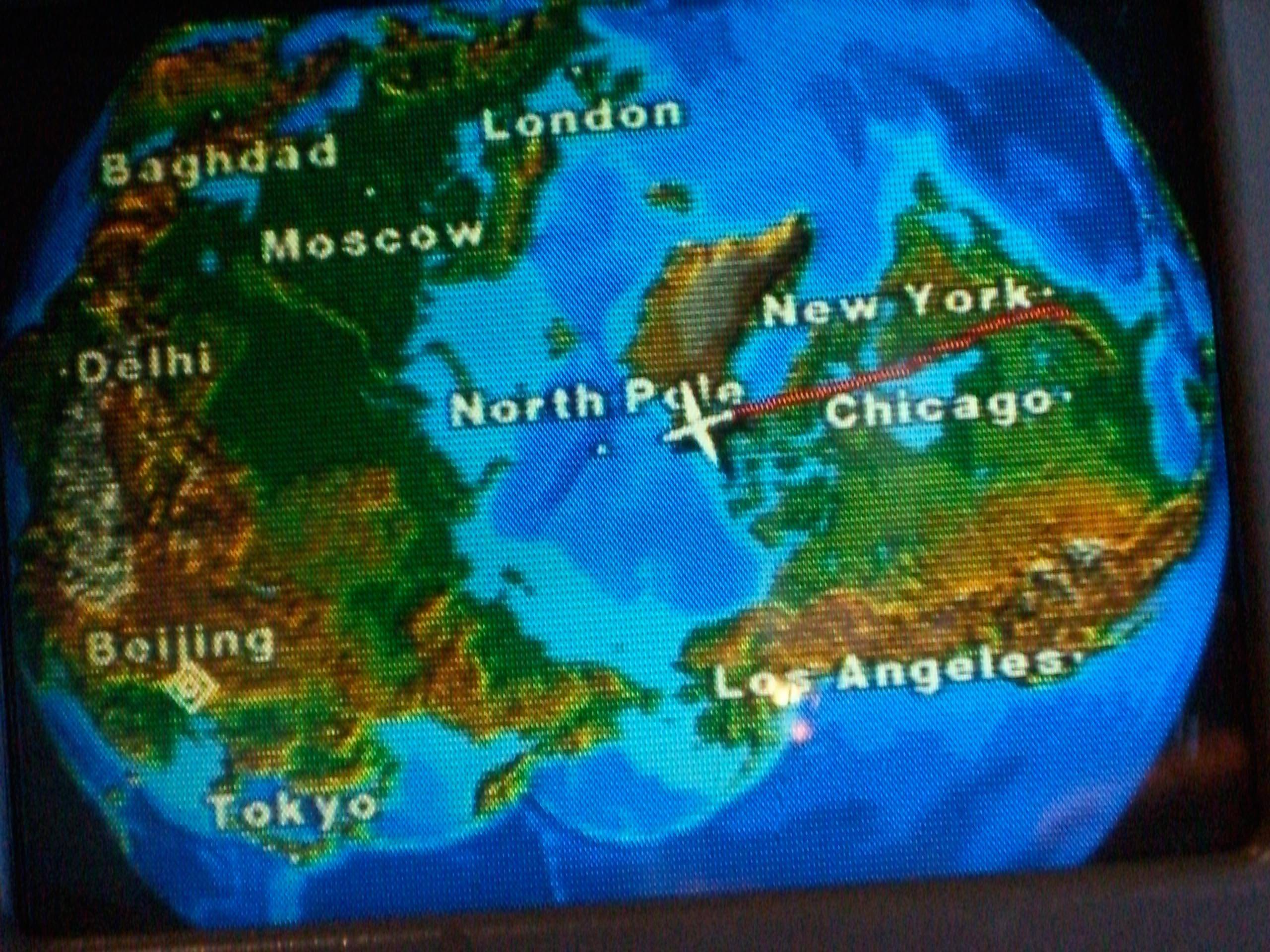 In order to fly over the north pole (or more broadly just the Arctic), you'd have to travel to a city that is approximately across the globe as then the shortest distance would go over the north pole. You can try out which cities satisfy this criterion with the distance tool of Google maps. One possible route is for instance from the Middle East to the American West Coast, for instance this flight: Dubai to San Francisco.

A little more information about this can be found on the Wikipedia article Polar route and it seems those routes are fairly common. However I think being based in Europe, there are not many flights over the Arctic. Such a route from Europe would lead to the Eastern tip of Russia directly or to some of the Pacific islands, where there's probably only very few direct flights to.

Building on @user34936's answer, it seems Condor's direct flight between Frankfurt-am-Main and Anchorage could fit the bill.

Obviously the exact 'north pol'e could be as big or small as you wanted - is it a pinpoint spot that you must fly over, or a larger area, for example.

However, it's also worth noting that the definition of 'polar flights' has changed:

The American Federal Aviation Administration now defines the North Polar area of operations as the area north of 78 deg north latitude, which is north of Alaska and most of Siberia. The term "polar route" was originally more general, being applied to great circle routes between Europe and the west coast of North America in the 1950s.

There appear to be several routes that fit this criteria:

How close to the north pole do you want to be?

Since it is just a where the Earth's axis of rotation meets its surface, you'd have to be pretty lucky to fly directly over it :)

Besides, transcontinental flights usually try to take advantage of the jet stream, so I think you'd be better off renting your own plane and crew.

18
Can you actually do a road-trip in Greenland?

33
How can I travel to the North Pole, cheaply?
26
Are there still any “Fly as much as you like” air passes for the U.S.?
8
Checking flight routing before booking
5
What's the cheapest stable route to cross the Pacific?
7
Canada Low Cost Airline
6
What is the furthest north one can get without flying or taking special cruises?
4
Do airlines now intentionally route around North Korea?
7
What is the smallest scheduled transatlantic destination?
5
Budget Longhaul Flights with Stopover
8
Why does a flight from Melbourne to Cape Town need to go via Doha?