Have any of you traveled on a Boeing 787 Dreamliner?

Does the onboard radio/TV connect with an adapter with two 3.5 mm jacks as in the picture below or does it have a conventional adapter? 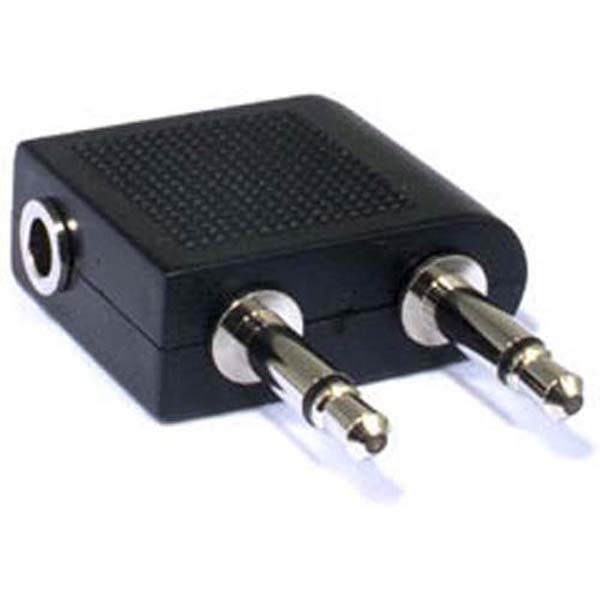 'Entertainment is provided by BA's fleet-wide entertainment system and Club World passengers get a 12.1-inch personal in-flight entertainment touchscreen with noise-cancelling headphones. They'll also get a UK/US/EU power socket, two USB sockets, and a Video RCA connection in order to use their own digital equipment to play back on the screen. Nice.'

The type of headphone plug used varies based on the individual airline, and occasionally even varies between planes on that airline.

There are generally 3 types of sockets used :

There used to be a 4th type which was dual-3.5mm sockets, plus a smaller power socket, but I haven't seen these used for many years.

The best option is to carry an adapter like the one shown with you. Some airlines will provide the adapter with their headphones - this is really intended just so that they can distribute the same headphones regardless of which plane type you are on, however there is nothing stopping you from using that adapter with your own headphones.

I was recently (2016) on two transatlantic flights, one a new 767 and another a new 787. These both use one (1) plug-in. I have Bose noise-cancelling earbuds for Apple. These fit and worked, but VERY poorly. They fit loose in the sockets and any kind of jiggling would cause me to lose sound in one channel. I don't have this problem with anything else or any other plane, and I don't know if the plugs for Apple are different or if there's something odd about the Boeing sockets. I've been searching to find if there's an adapter that could help for the future.

Not the answer you're looking for? Browse other questions tagged aircraft boeing or ask your own question.