Can I get a Schengen visa after being deported from the UK 3 years ago?

Will I have any trouble with getting Schengen visa?

Very likely yes, even though UK is not part of the Schengen zone, it does collaborate in SIS (Schengen Information System). One of the preconditions of getting a Schengen visa is to not be flagged in SIS.

In accordance with the protocol to the Treaty of Amsterdam, Ireland and the United Kingdom can take part in some or all of the Schengen arrangements, if the Schengen Member States and the government representative of the country in question vote unanimously in favour within the Council.

In March 1999, the United Kingdom asked to cooperate in some aspects of Schengen, namely police and judicial cooperation in criminal matters, the fight against drugs and the SIS. The Council Decision 2000/365/EC approving the request by the United Kingdom was adopted on 29 May 2000.

(source: "The Schengen area and cooperation") 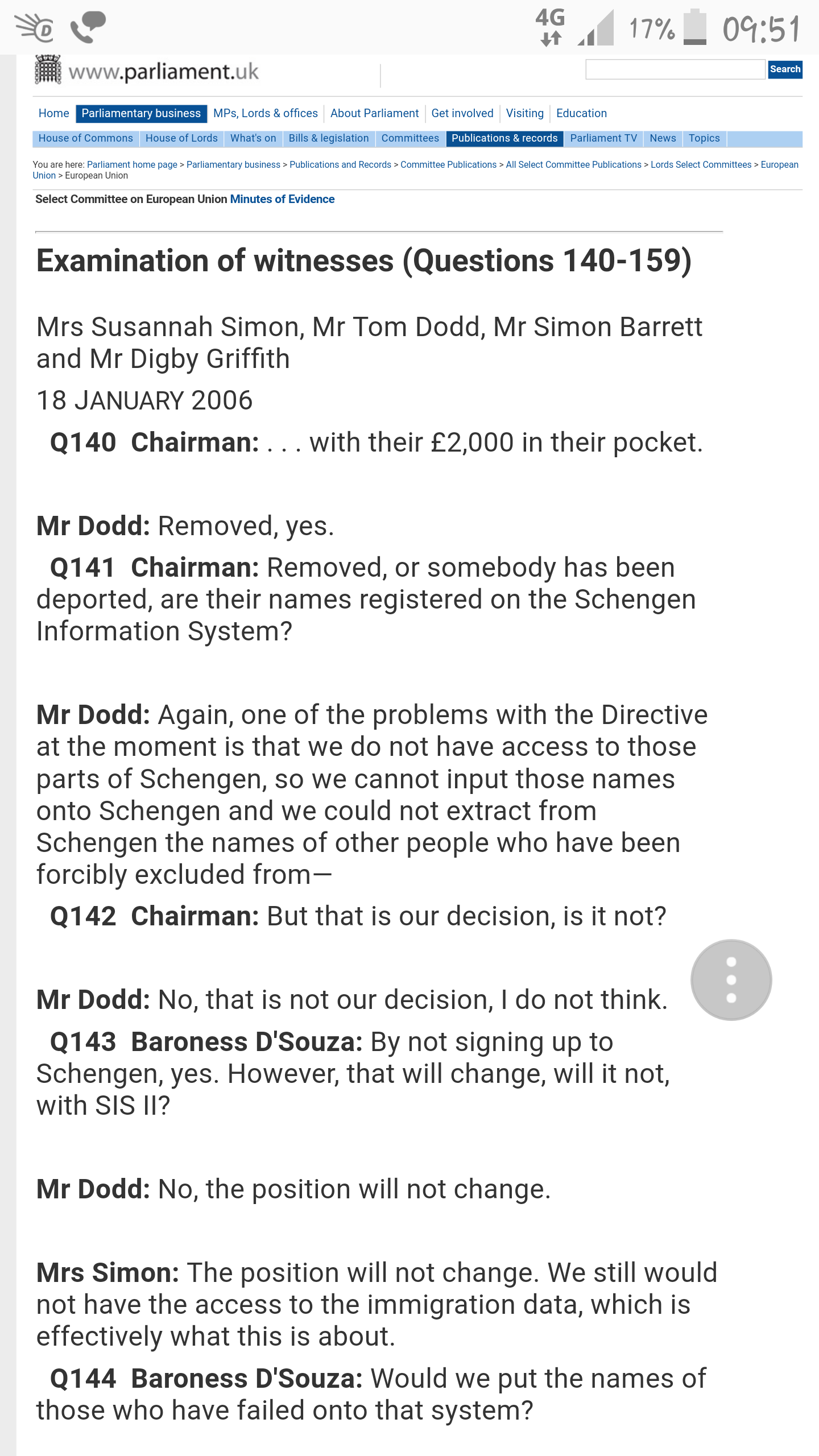 Not the answer you're looking for? Browse other questions tagged visas schengen customs-and-immigration uk indian-citizens or ask your own question.

3
I have a caution from UK but not a UK citizen. I don't live in UK anymore. Will it effect my USA business visa application?
1
Does a Kenyan passport holder with an UK Tier 4 student visa require a Mexico visa?
26
Confused about visa question: “Voluntarily elected to depart the UK” ? Yes or No?
3
Do I need a UK visa after being refused entry 10 years ago?
2
Can I get a student visa to Ireland after deportation from France 5 years ago?
11
10 year UK ban done. What next?