Canadian wants to exit and re-enter Beijing without a visa, during 72 hour TWOA (Transit Without Visa)

I have a conference to get to in Changchun (I really, really, really would like to go, the whole trip to China is centred around it).

I'm not able to get a visa in time though.

My flight lands in Beijing. And they'll allow me into the country since I'm a Canadian and "transiting" in Beijing between Turkey and Japan, therefore I get 72 hours without a visa.

However, I'm supposed to stay in Beijing the whole 72 hours. Of course if I drove out of Beijing and back in time for my outbound flight within 72 hours, to them it would be like I never left.

However my Chinese friend recommended against taking a bus to Changchun - he says buses in China are unreliable, can stop in the middle of nowhere anytime, etc.

So the other option is taking the train. They will check my passport. Will they be looking for a visa ? Will they know the rules ? I have an official, signed, very professional invitation letter from a big university, with the Õģ¼ń½Ā stamp, saying that I need to be there for a conference. My exit flight is within 72 hours. They know I'm not trying to illegally immigrate. Are they going to let me on the train ?

Are they going to ban me from ever entering China again ? (how do they even enforce such a ban ?)

The legal answer, as you've already found out, is "no":

4ŃĆüAre the foreign visitors who completed 72-hour visa-free transit procedures and entered into China permitted to leave Beijing to other Chinese cities?

But if you're that desperate to go to the conference, I'd probably go for it anyway. Just don't blame me if you end up sentenced to 10 years of reform-through-labour at Gansu Red Star Toilet Roll Factory #4!

The train is unlikely to be a problem: your passport is checked for identification (= name matches ticket, picture matches face), not visa status, and besides, you'll have a perfectly valid 72-hour transit stamp in there even if they were to check. As you can see, it's very short on detail and doesn't say anything about where you can go: 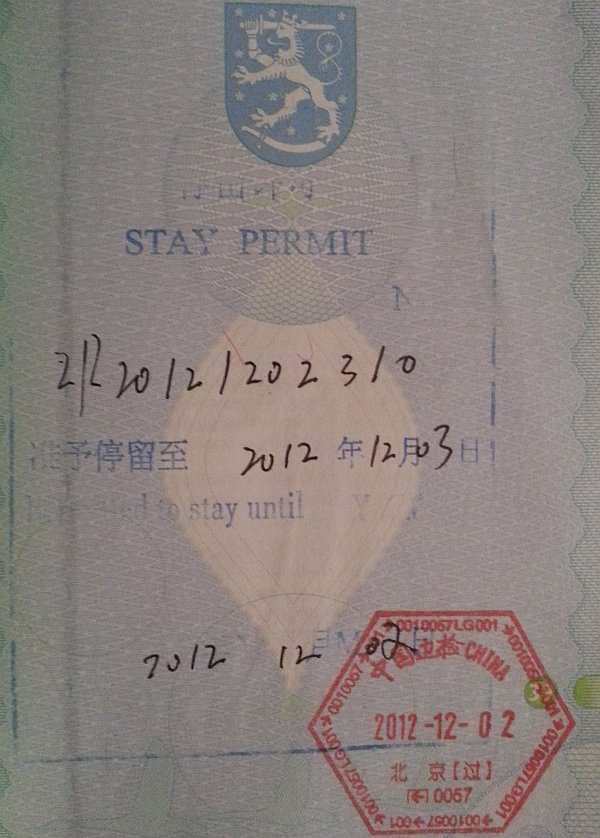 In the unlikely event that somebody checks and knows you're not supposed to leave Beijing on a transit visa and cares enough to make fuss, you're still in Beijing and you can just plead stupid tourist ignorance.

The problem will be Changchun, and in particular, staying in a hotel overnight, since they will check your passport and visa, and they will likely wonder what's up if you only have a Beijing transit stamp. So either crash 'off the grid' at some local colleague's place if you can (legally they can host you for 24 hours before they need to report your presence to the PSB), find some dodgy room-by-the-hour place that couldn't care less about your ID, or take sleeper trains to/from Changchun.

The absolute worst case scenario would be getting stopped by the PSB in Changchun for a random check and getting busted for being outside Beijing. But short of being in a traffic accident or something this is unlikely, and from anecdotal evidence, I gather this usually results in a "tut tut" and being escorted to the nearest bus/train back to Beijing, not deportation or jail or anything silly like that, especially if you plead the "ignorant tourist" line and wave around your official invitation letter.

Not the answer you're looking for? Browse other questions tagged visas legal china beijing visa-free-entry or ask your own question.

14
Is there a transit visa requirement for Chinese airports?
7
Transit visa through Beijing to Macau
4
Very confused about China visa (American) and the possible 24 and 72 hour exemption rules
4
Will I be able to enjoy the 24 direct transit exemption in China?
15
Formalities at departure airport for Chinese 72 hour transit without visa
6
USA/Japan dual citizen: How do I go USA > China (15 hours transit) > Japan and enter Japan with US passport?
3
4-hour transit in Beijing on separate airline ticket
3
Can I transit through Guangzhou into Beijing from Melbourne to Almaty and still get visa-free transit?
5
Does TWOV apply when transiting China via multiple cities/airports including leaving the airport to see the city?