I'm looking for somewhere for a day trip or weekend trip not far from Vientiane, the capital of Laos.

WikiVoyage doesn't offer anything specifically as it does for many other cities.

The obvious place would be Vang Vieng, but that's a party place for 20-year-old backpackers and I'm now middle aged and I work in a backpacker hostel at home so keen to avoid that stuff.

Luang Prabang looks great but that deserves more time and is a bit far away when you take into account the travel times in Laos.

I know questions of this nature are only accepted on travel.SE if they are specific so here's my requirements:

If it's relevant I want to hitchhike there and back so no tours, stay about two days, and I have a tent and sleeping bag (though I don't know if it's legal for me to use those!)

Wikivoyage does list one place you shouldn't miss, only it's semi-hidden earlier in the article: Buddha Park!

Don't be fooled by the name, this is one seriously wacked-out temple/garden/art exhibit full of gigantic concrete statues, which has little to do with Buddhism and a lot to do with its creator Bunleau Sulilat. One of those Salvador Dali-esque crazy artist types, only he developed his own religion, a blend of Hinduism and Buddhism, and starting creating his works to spread the good word. A few pics are worth a thousand words: 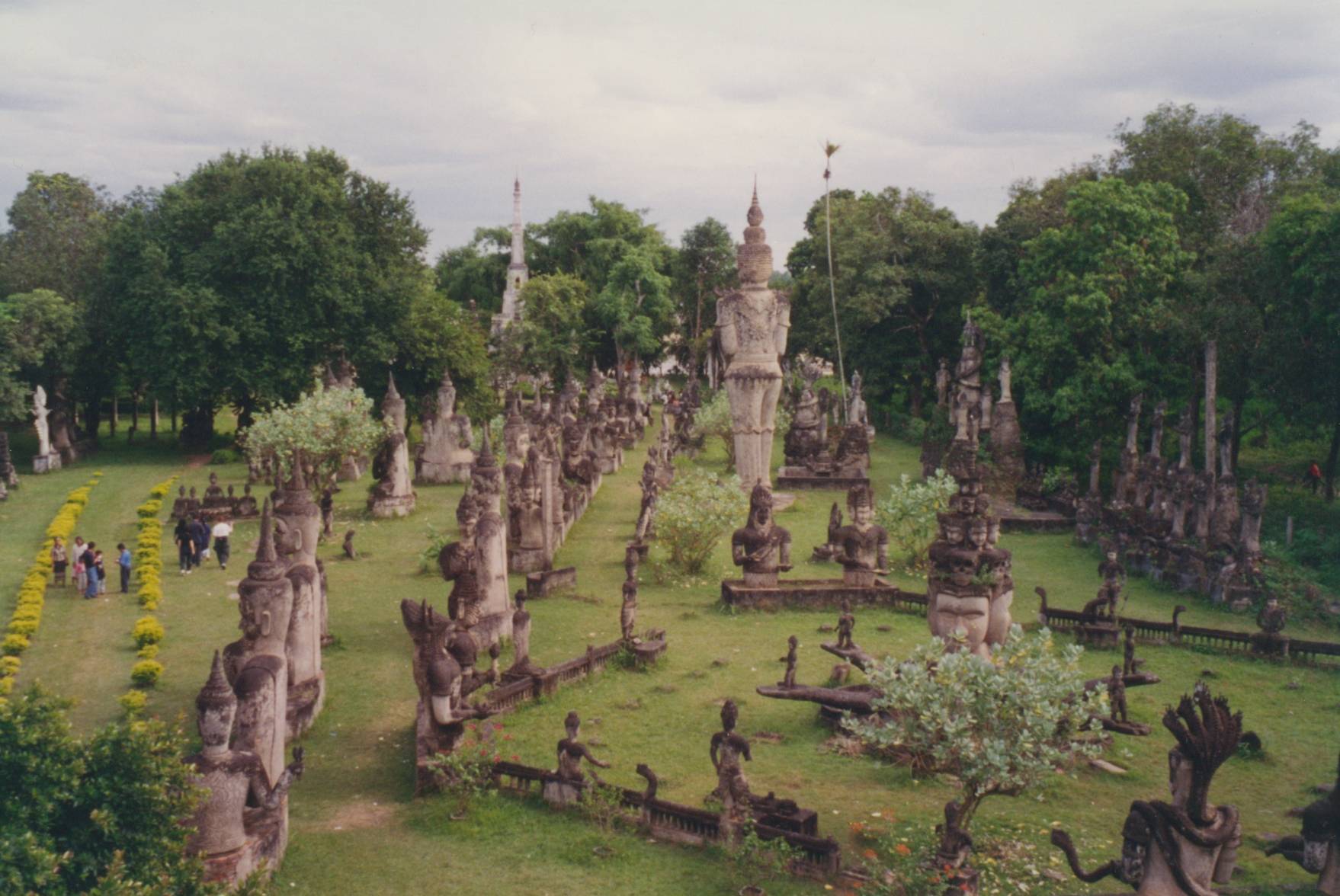 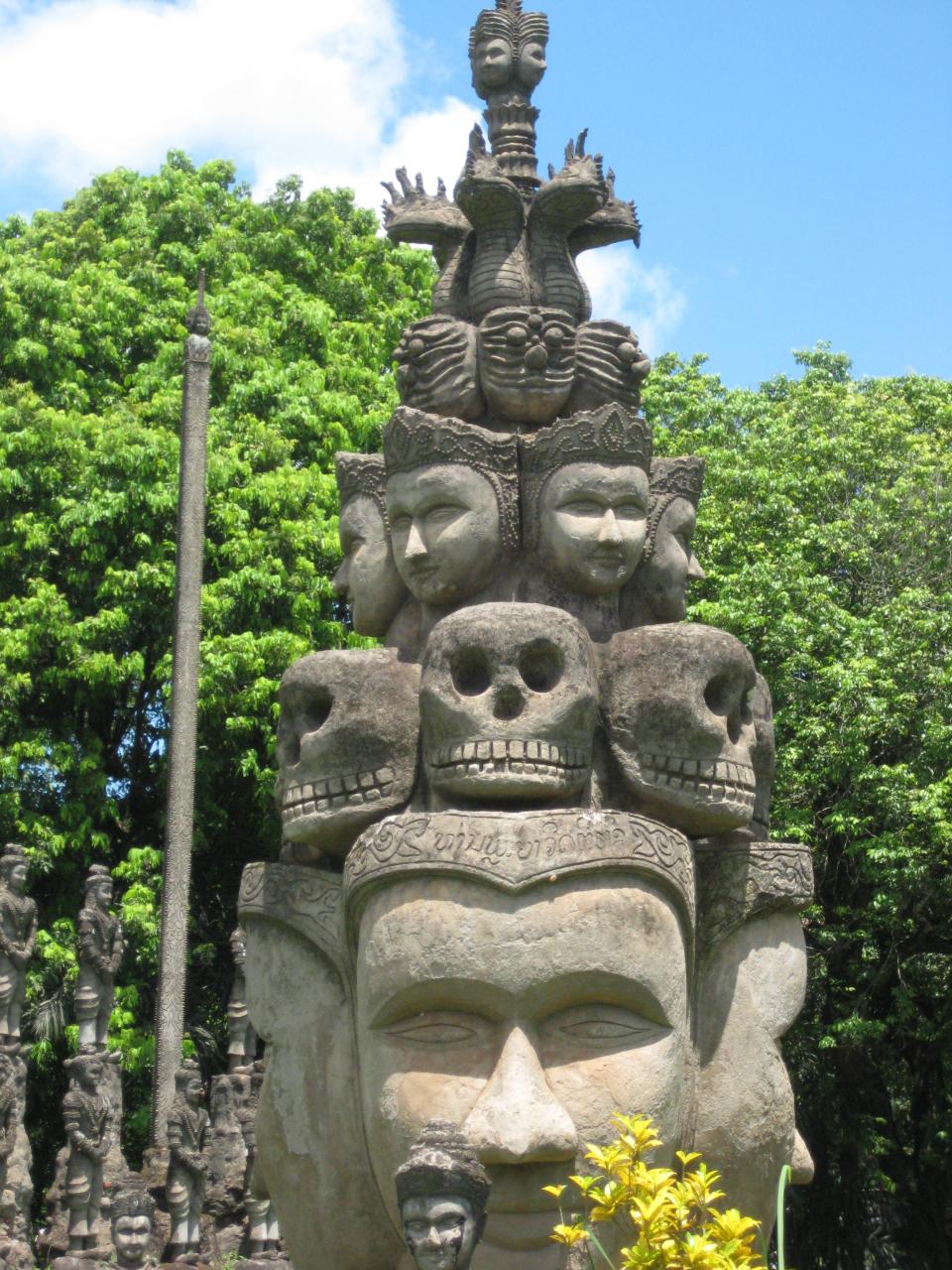 He fled Laos after the Communist revolution in 1975 and went on to clone his park as Sala Keoku across the river in Nong Khai, Thailand, which is arguably even better since it's better preserved -- although if you've already crossed the river it's probably not worth the hassle of going back.

Have you considered Nam Ngum Reservoir and the surrounding area?

There are tours going there, there are old Buddha statues, a market in Dong Makkhai etc. It's also close to the Phou Khao Khouay National Bio-Diversity Conservation Area, with Elephant treks and more to see. I am not sure if they charge entrance fees though.

Not the answer you're looking for? Browse other questions tagged budget southeast-asia day-trips laos vientiane or ask your own question.

5
Is sleeping outside really illegal in Laos? If so does that mean no camping too?
2
Are there any guest houses close to the Buddha Park in Vientiane, Laos?