When travelling, I tend to find that the alcoholic spirits I like either aren't available, or are charged at some ridiculous markup that makes them unaffordable.

For a long trip, my usual solution is to pick up a bottle of something suitable from Duty Free on my way out, and pack what's left carefully in my suitcase for the return journey.

For a short trip, that approach presents two problems. Firstly, I wouldn't put much of a dent in a whole bottle, so I'd gradually accumulate 3/4 full bottles at home! Secondly, I often do short trips with hand luggage only, so I don't have a checked suitcase to put the bottle into.

I briefly tried finding "miniatures" (5cl bottles), and then later refilling, but generally the cap stops sealing properly after a few refils. Since these aren't that cheap to start with, to only get a few trips before they begin leaking means they're not a long term option.

Does anyone know of any good resealable / refillable containers, which can be taken through airport security, aren't too bulky, and are suitable for holding something like 5-20cl of alcoholic spirits (40%-ish)?

100 ml bottles are easy to come by, and food safe at that. Nalgene, for example, makes strong and well-sealing screw top bottles in a variety of sizes. The problem might be the lack of a label - make sure it reads 100 ml somewhere on it. (Or better still, 91.) 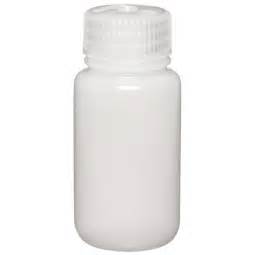 34
How can you protect a fragile object like bottle of champagne in your baggage against breaking?

19
How early can you go through airport security for an International flight?
5
Is it allowed to transport a small gas container, for a camping stove, in the luggage?
7
How likely is it for Israeli airport security to withhold my laptop and send it on later?
11
How much time should I account for security in Brussels airport?
69
I was allowed to enter the airport terminal by showing a boarding pass for a future flight. Should I be concerned about "security"?
3
Is a stick deodorant a "liquid or gel" for EU airport security?
22
Is it legal in Spain for a male airport security guard to ask you to lift up your blouse and swab your bare stomach?
3
Is whipped cream a liquid for the purposes of airport security?
3
How can I find the cheapest flights to a small airport that isn't in the ITA matrix (e.g., for a flight from Seattle airport to Point Hope airport)?