What real castle would be least expensive to visit from New Zealand?

I'm going through the rules for board game called Burg Appenzell, and it says:

The player who was the last to visit a real castle goes first.

None of us have been in a real castle, and I thought it would be good if I visit one. I live in New Zealand, what would be the least expensive castle (including the travel costs) for me to visit? It does not seem to be any castles where I live or in Australia, most of them seem to be in Europe with some in Americas, India and even Japan. What I'm really hoping asking this question, is for some real castle in Australia or closer that I was not able to find, but I don't think I'll be so lucky. Does not have to be a medieval castle, just a real castle.

If you live in New Zealand, then the nearest building claiming to be a "castle" is Larnach Castle near Dunedin. Wikipedia describes it as a "mock castle". It is essentially a fancy house built in the late 19th century with some features that resemble those of a traditional European castle.

If your definition of a "real castle" includes mock castles with nationally recognised gardens, then this might qualify.

This is going to come down to what's a "real" castle. Wikipedia opines:

A castle is a type of fortified structure built during the Middle Ages predominantly by the nobility or royalty and by military orders. Scholars debate the scope of the word castle, but usually consider it to be the private fortified residence of a lord or noble.

So it's got to be old, fortified and a residence for nobility, which means pretty much everything in New Zealand and Australia is right out, since they have neither medieval structures nor nobility. Maori pā were fortified settlements not limited to nobility, so they don't quite tick the box either. 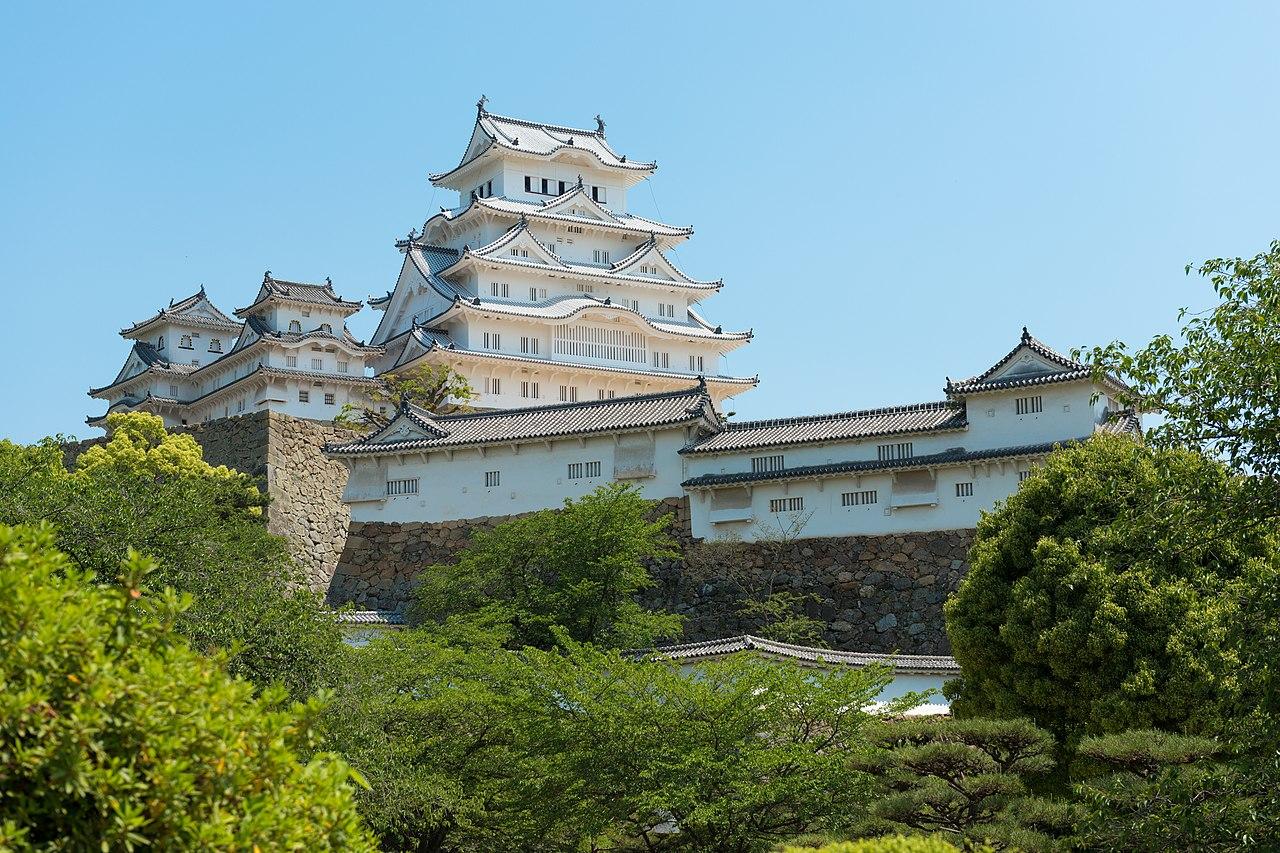 Probably the closest is thus Japanese castles, in particular Himeji, which looks like a castle, has an unquestionable pedigree (founded 1333, home of arguably Japan's greatest shogun Toyotomi Hideyoshi, etc) and is easily reached from Osaka. There are many other castles in Japan, but most are concrete reconstructions of varying degrees of fidelity (Osaka Castle itself is, sadly, at the less faithful end) and further away from major airports.

Tibet and India also have various royal castles/fortresses, some quite formidable, but these are further away from NZ.

Honorable mention goes to Indonesia, which has a series of royal palaces called kraton, some of which were fortified. However, as far as I can tell all the fortified ones are in ruins now. There are also various Dutch East Indies era fortresses in the country, but they don't really qualify as residences of the nobility.

Wouldn't it be much easier to open the phone book, look up people named "castle" in your area and ask them whether you could visit them?

Much cheaper, much more out of the box and you surely will have some fun discussing it with your fellow players.

If you live in Auckland, there is another option in Birkdale, 47 Verbena Road

It would be interesting to know if your players would consider that visiting Himeji half a year ago beats visiting Lymington Castle a week ago... 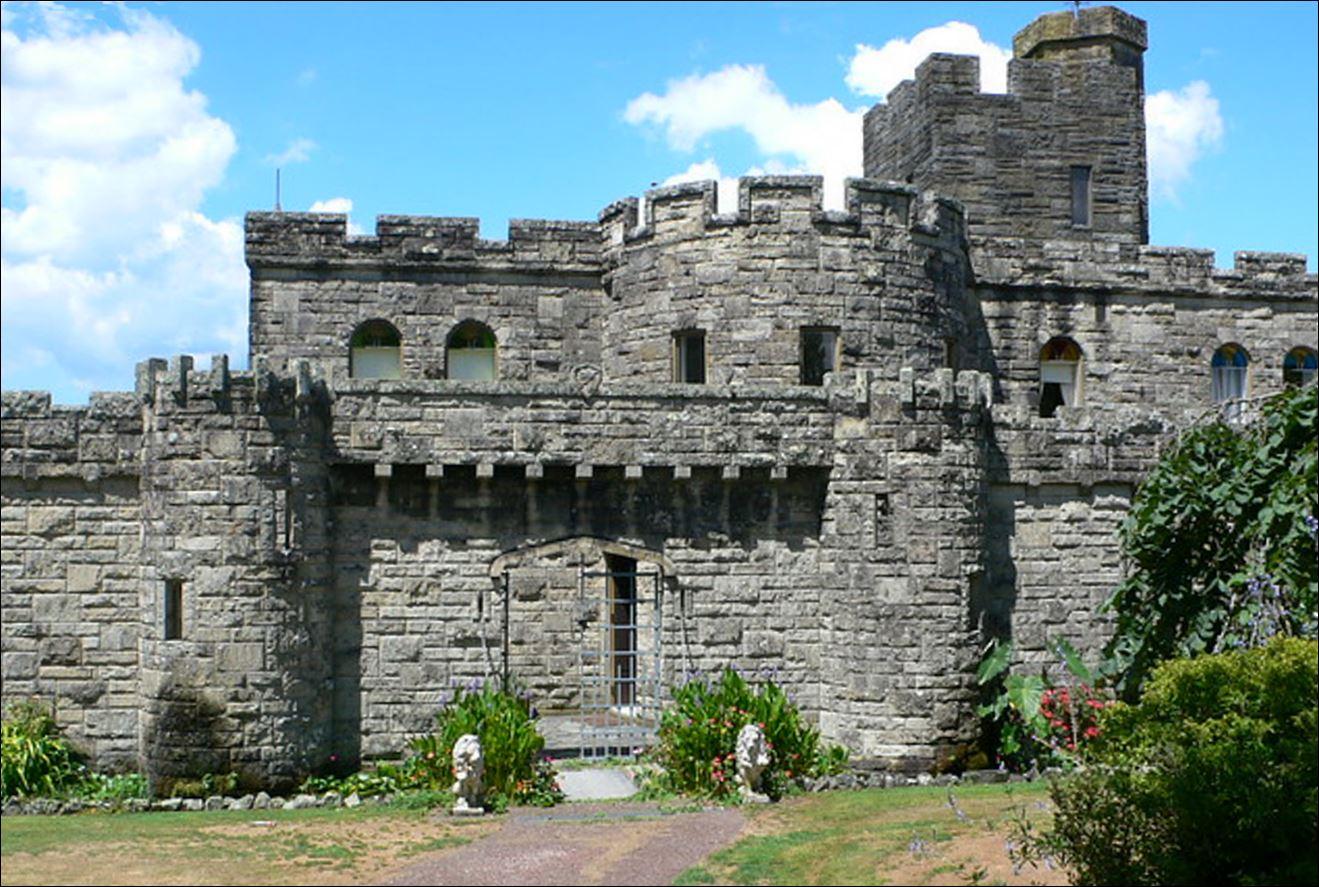 I am going to disagree with lambshaanxy's answer that Māori pā are not castles. As quoted from Wikipedia,

A castle is a type of fortified structure built during the Middle Ages predominantly by the nobility or royalty and by military orders. Scholars debate the scope of the word castle, but usually consider it to be the private fortified residence of a lord or noble.

Now, Wikipedia describes a pā as:

In Māori culture, a great pā represented the mana (prestige or power) and strategic ability of an iwi (tribe or tribal confederacy), as personified by a rangatira (chieftain). Māori built pā in various defensible locations around the territory (rohe) of an iwi to protect fertile plantation-sites and food supplies.

A rangatira certainly appears to be a kind of noble in the sense of someone with an elevated social and political status, so one can characterize a pā as being the fortified residence of a rangatira and his subjects living under a quasi-feudal society, which sounds pretty similar to what a European castle was except that European subjects would typically have had homes and lands on the castle grounds (a "fief") rather than within the walls of the castle proper. Other Polynesian societies have similar structures of nobility.

Wikipedia mentions that a castle does not even need royalty or nobility if it is constructed by "military orders". One might make the argument that organized citizens gathering together to construct and maintain a fortification such as a pā qualifies as a militia, which is a kind of less-formal military order but an order nonetheless.

Outside of the South Pacific, the Caribbean Castillo San Felipe del Morro ("Saint Phillip's Castle of the Headland") qualifies as a purely military castle. Originally built as a Spanish military base in the 1500's, it became a US Army base in 1898 and a US National Park in 1961. This would quite likely qualify as a candidate for the best castle to visit for US residents. I visited in 2012 and the structure certainly hit all of the "old medieval fortification" cultural buttons, with imposing brick and stone walls, winding spiral staircases, sentry booths, narrow gun ports high up in the structure, and turrets on the roof for the installation of massive firepower. The city of San Juan also hosts the oldest continuously-used church building in the US (itself a bona-fide medieval cathedral) in walking distance of the castle.

"Reality is that which, when you stop believing in it, doesn’t go away."

But there are also games (like Burg Appenzell), and Kryal Castle, outside of Melbourne: https://kryalcastle.com.au/

(OK, what I meant is that 'reality is a flexible concept', particularly given 'Burg Appenzell', which elevates 'game' as a valued aspect of 'reality')

Kryal Castle, which is a real place, and not hard to get to, is a 'game' too, and in-game, can be as 'real' a castle as you want it to be. 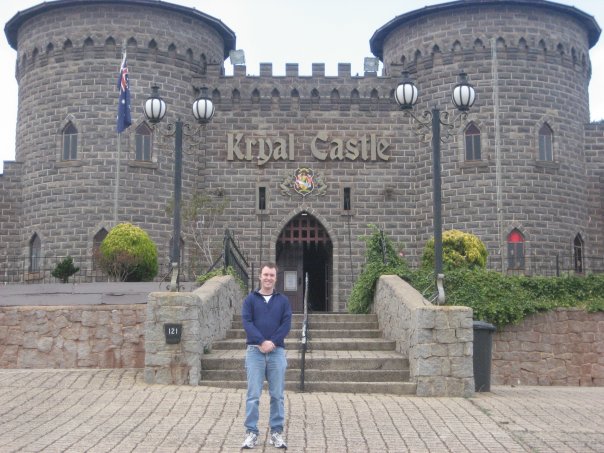