Why is this ticket not bookable?

tl;dr: I wanted to book an open jaw with ORD-EWR-LHR being one leg and KRK-ORD direct being another and it doesn't let me.

Now of course OP wanted to fly Oneworld on the way out on AA90 and back on *A on LO9 and a ticket usually is single alliance. So something needs to give. The easiest something, or so I thought, was the direct flight from Chicago to London -- there are only two daytime *A flights to Europe from the USA, one from EWR (UA934), one from IAD (UA122). Tons of flights between ORD and EWR and IAD both, that's not a problem.

Next, we need an open jaw because there are no direct *A flights from LON to KRK.

On the way back, we just want LO9.

But when I stitch them together into a multicity it doesn't let me but why? The usual open jaw answer for flying A-B and then C-A is that B-C needs to be shorter than both A-B and C-A but that obviously stands since the latter two are transatlantic while B-C is London-Krakow. 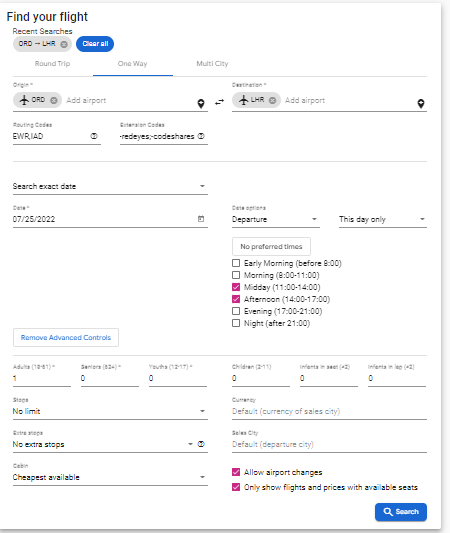 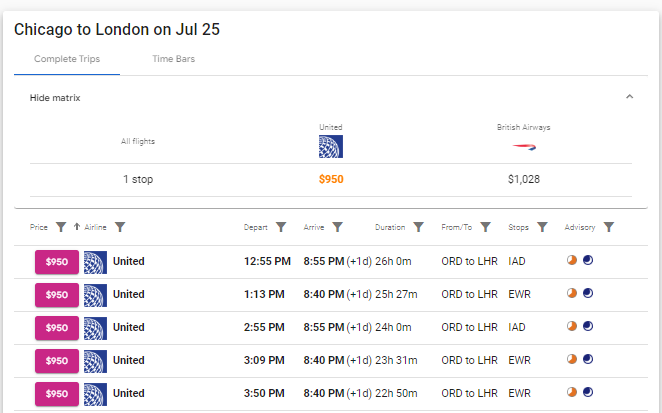 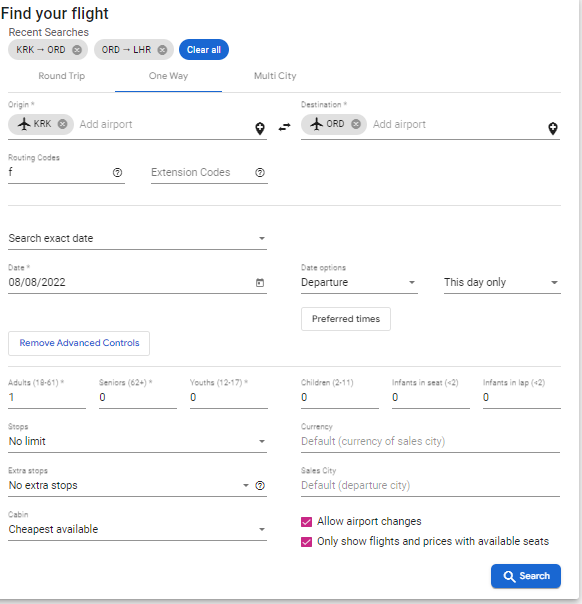 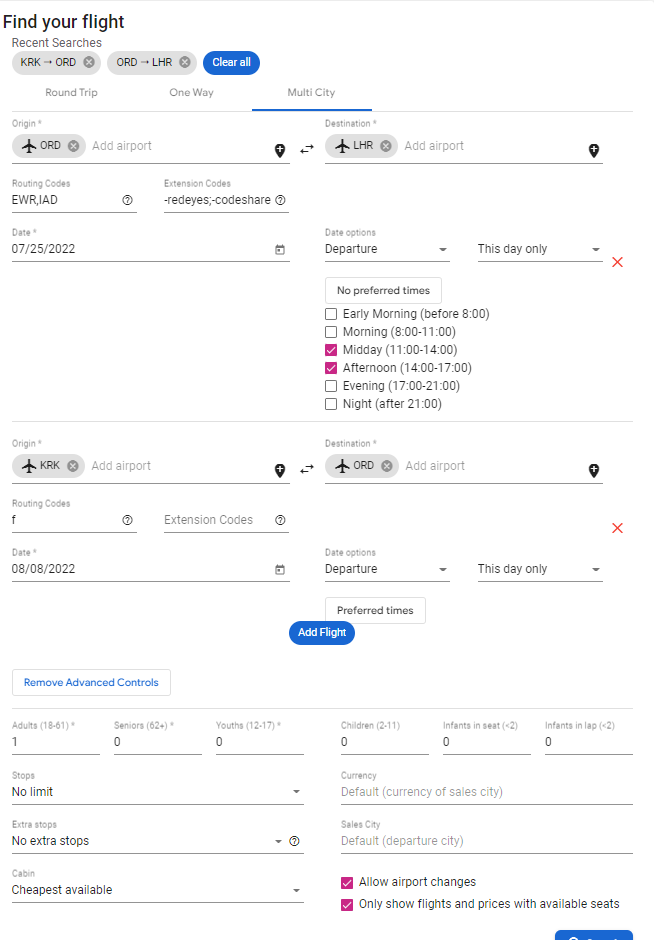 Sad panda. I tried quite a few variants, nothing.

There's really two different answers here. The first is why won't it let you combine the two exact flights/fare you've found. And the second is why can't you find any combined flights/fares for those routes.

First it's worth going and reading this answer to get a bit of an understanding of how airline fares work.

The answer to the first question is simple - because the rules for the flights/fares you've found in your initial searches don't allow what you're trying to do.

The outbound flight appears to be using a United fare WH106NCV. The rules for this fare include :

The first of these condition is pretty clear - you can't combine this fare with another fare to form a round trip ticket, which is why you're attempting to do. It's a one-way fare only.

The second condition is simply saying that the ticket needs to be issued by United or one of a list of other airlines which importantly doesn't include LOT - we'll see why that's important in a moment.

The inbound flight is using Lot fare Q1HASEY6. This one includes the rules :

TICKETS MUST BE ISSUED ON LO.

Again, the first rule this means this fare can't be used to build a round-trip like you're trying to do. The second means that the ticket must be purchased from Lot.

So you're trying to combine two fares into a single ticket. Not only does each fare explicitly disallow doing that, but the two tickets need to be purchased from different airlines, which clearly you can't do when they are a single ticket!

So now we come to the second question - why you can't find ANY combined fares/flights for that route. I haven't done sufficient digging to confirm exactly why, but it's almost certainly going to be that there are no fares available from either United or Lot (or any other airline) with rules that would allow these two flights to be combined. United do not appear to have any fares for flying KRK-ORD that allow flying on Lot. Lot does not appear to have any fares that allow flying ORD-LHR on United. Each airline has their own fares that allow these routings, including on a round-trip/open-jaw basic, but neither of those fares allow for ticketing on a single airline, so can not be purchased together.

The end result is exactly what you're seeing - you can purchase these two flights individually, on separate tickets, without any problem at all. However without any fare with rules that allow it, it's not possible to purchase them both on the same ticket.

Not the answer you're looking for? Browse other questions tagged open-jaw or ask your own question.

65
Why are one-way plane tickets more expensive than return tickets?
18
Saving money on airline tickets when buying weird route because of Epilepsy
20
What are the "rules" for multi-city flights?