Is my passport damage as it has this small minor dots on the top on the blank pages rest all the details are in good condition? Should I reissue? 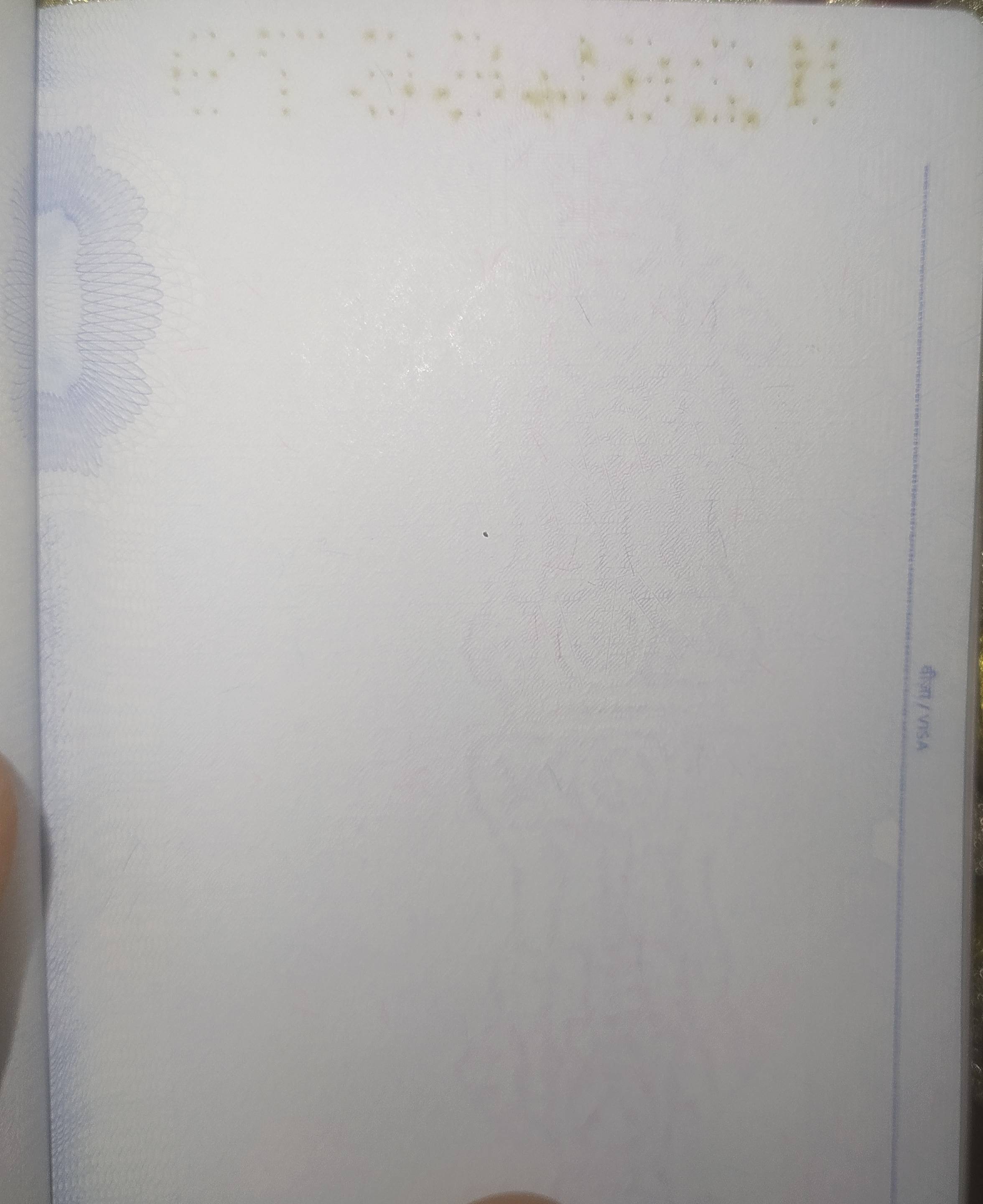 Is my passport valid should I opt for reissue.

Sometimes there are two different numbers in a passport: a booklet number (which is the serial number of the specific booklet and is decided before the passport is actually issued) and a passport number which is decided when the passport is actually issued (in some countries that number contains the year of issue and/or codes identifying where it was issued). In that case it would be the booklet number which is perforated, at the time the booklet itself is printed and assembled (but still blank).

9 digits, printed on page 1. These are entered on the bio data page in the same style as the personal details. The serial number is perforated through pages 1-30 (1-46 in business book).

(...) The holes of the laser perforated number are larger at the front of the book and reduce in size to the back.

The rules are different for later versions of the UK passports (some have the rear page perforated as well, some have the number engraved on the title page, some have a check symbol, etc.).

Not the answer you're looking for? Browse other questions tagged visas uk customs-and-immigration passports india or ask your own question.

5
My last name is not the same on ticket as on passport; rest of details are same
0
Transit visa through Germany with expired I94
2
B-1 visa application and SSN from F-1 visa validity
3
My passport was detached from the front cover but all the pages are intact. what shall i do?
1
India Visa after marriage
2
Does India require 2 blank passport pages, if you already have a visa in your passport?