Only one passport (instead of 2) arrived in the mail

My parents qualified for the visa interview waiver.

They mailed both their documents with my mother as a dependent on my father.

When they received it back from the US embassy, only ONE passport with visa was mailed back (my dad's). My mother's passport never made it back.

Are they typically mailed separately? 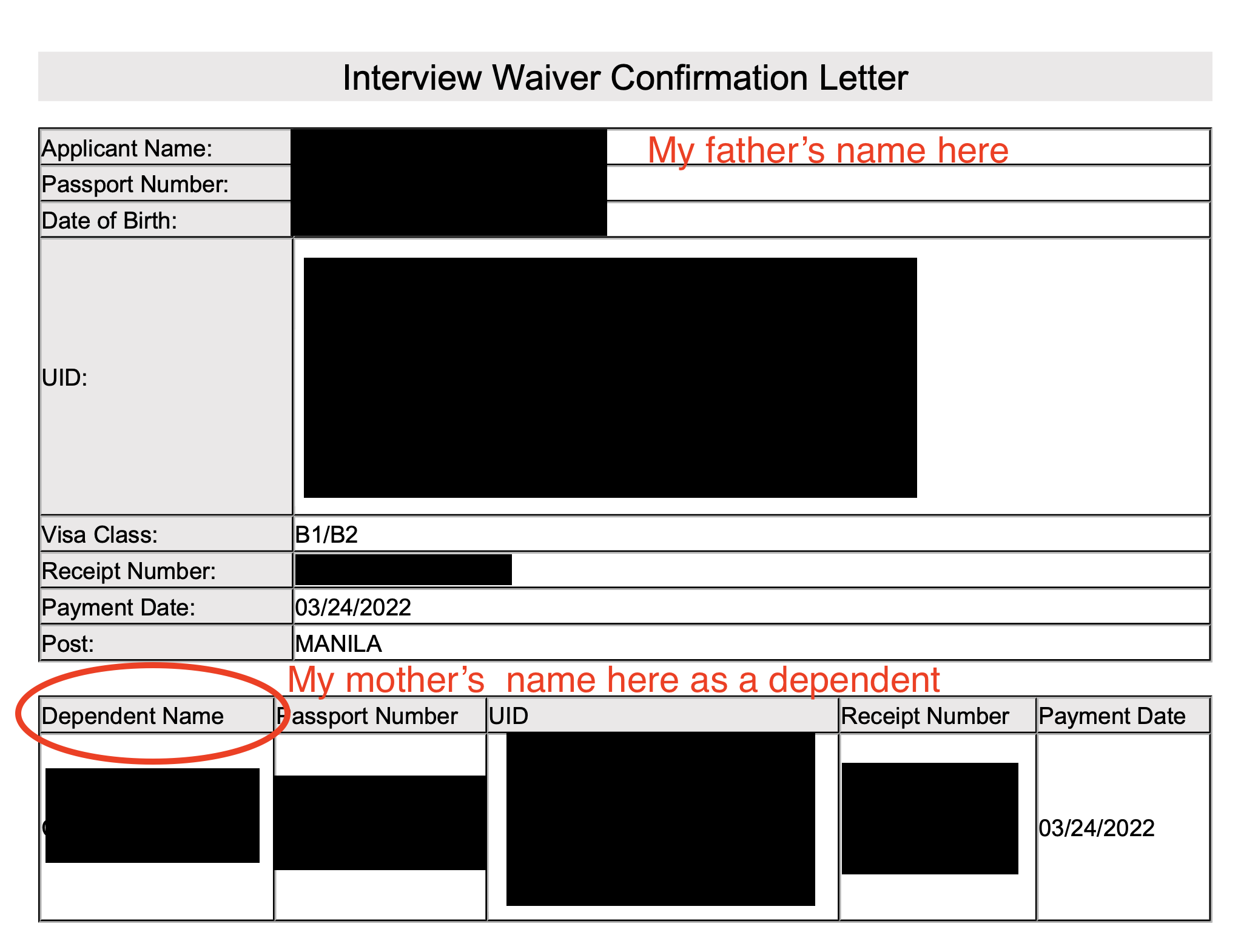 Browse other questions tagged visas usa b1-b2-visas or ask your own question.

4
US tourist visa (B1/B2) issued for 1 years only twice
0
Is it possible to plea for a speed up during a transit visa application?
12
I think either DHL or UK Visa and Immigration or TLSContact lost my passport. What do I do now?
1
B1/B2 vs ESTA - Airline
13
B2 visa: not allowed for biometrics due to wrong passport number in appointment confirmation page. Is that visa application considered rejected?
6
B2 US visa for parents: husband over 80 years and wife below 80 years