I am flying United on their Dreamliner in Economy Plus. Seatguru states there are two configs of the aircraft type (one fitted with Premium economy and one not). Both can be found here.

For my flight, I see my seat numbers (21A and 21C) are labelled as Economy Plus but going by the numbers and the seat arrangement, it appears weird. Has anyone come across this United airlines Dreamliner config? 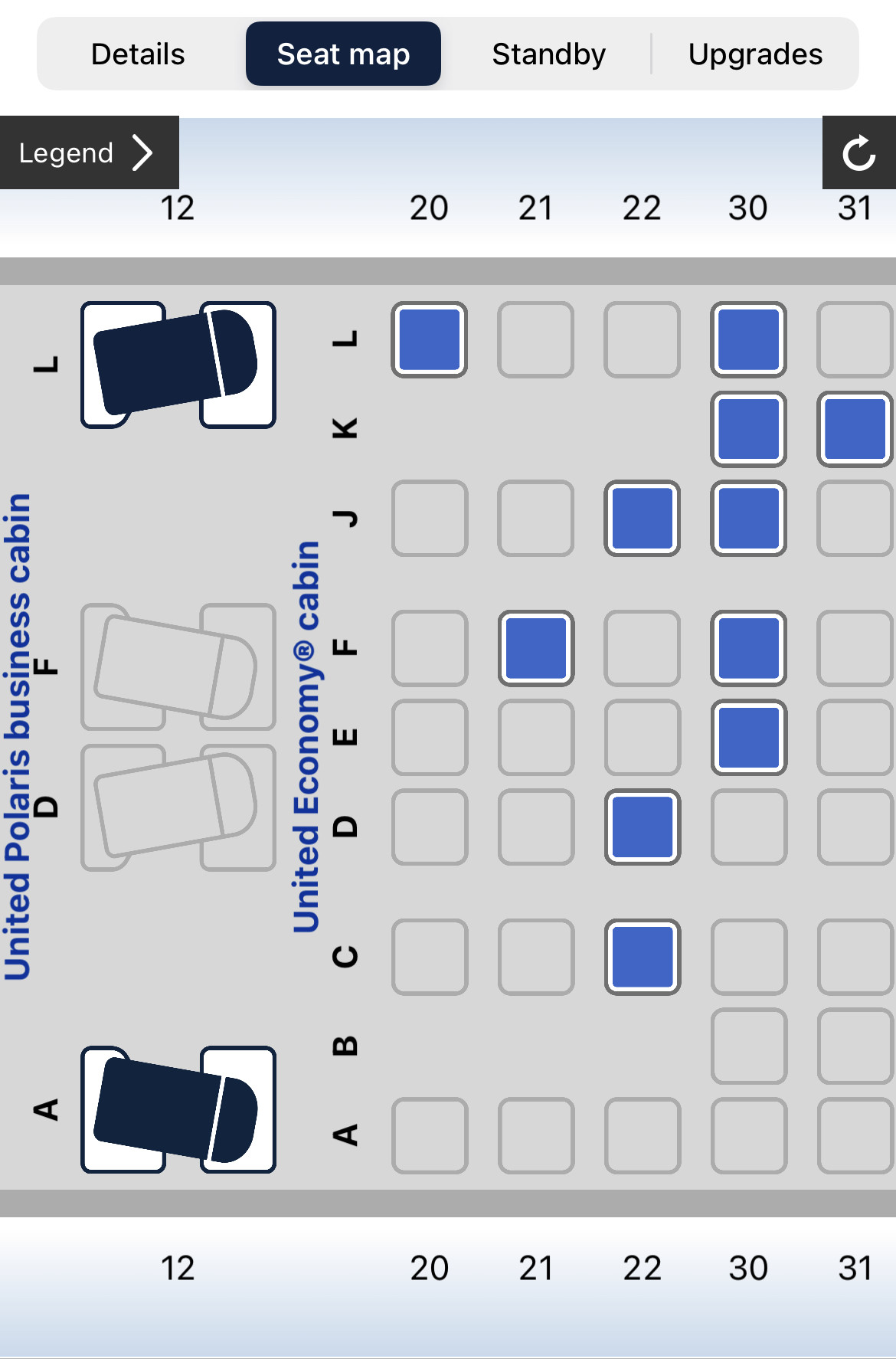 PS: I am not sure if this is the right place for the question. If it is not, could someone let me know where can I ask this question.

seating aircraft united-airlines
Share
Improve this question
asked May 14 at 18:34

This seat map is for what Seatguru is referring to as "Layout 2". These aircraft contain 3 classes of seating - "Polaris" (aka Business Class, or sometimes First Class on domestic routes) in rows 1-12, "Premium Plus" (aka Premium Economy) in rows 20-22, and Economy (rows 30+).

Economy is further broken into "Economy Plus" and standard "Economy" - these are technically not different classes of service, however the "Economy Plus" seats generally have more legroom and are available to United Frequent Flyers, or to others at a cost.

On the specific route you're looking at, United will NOT be selling all 3 classes of service, but instead only two - Polaris/First (depending on the route) and Economy, however in this case they have scheduled a plane that happens to have Premium Plus seating. Thus it is not possible to specifically purchase a Premium Plus seat on this flight, even thought the aircraft physically has such seating.

Historically for such a flight, these Premium Plus seats are generally treated as Economy Plus seating, and can generally only be selected by United Frequent Flyers. Recently United appears to be changing how these seats may be selected, and some travelers have reported not being able to select them even if they do have access to Economy Plus seating. Anyone sitting in these seats will receive standard Economy level of service (meals/drinks/etc), not those that would normally apply to Premium Plus.

Depending on how long until your flight it's possible that the seat map will change before the flight, if United instead decides to fly a different seat layout on this route - however in this case that's unlikely as the other layout on the 787-9 (what Seatguru calls 'Layout 1') has far less Polaris class seats available. If that was to happen, these seats would become standard Economy Plus seats, as per the other seating layout.

Not the answer you're looking for? Browse other questions tagged seating aircraft united-airlines or ask your own question.

12
What are the drawbacks of taking this window/aisle solo seat - 71A on Boeing 777-300ER?
8
Is it ever a good strategy to not select a seat when you are in unassigned status on American Airlines?
3
Airfare booking class, sub-class and perks
19
Do gate agents really seat young children away from their parents in United Basic Economy?
0
Seat selection on british airways 787 flight
0
Seat pitch / leg room on EVA Air SEA - TPE - KUL?
31
Unbookable column of seats on 777-200
3
What plane is this Finnair seatmap for?