Where is/was this possibly defunct hotel in Arizona that I visited in '99 located?

I visited Arizona on a trip in 1999 along with a large group. While I was there we stopped at some kind of event that I believe was being held at a small hotel, either in Phoenix or an adjacent city. I recall that it was very flat, no nearby hills or mountains, and that it may not have been in the best part of town.

I took a few pictures, but unfortunately none of them have been sufficient to identify or locate this place. The relevant details I found include the following.

The pool had a logo on it with what I think are the letters "gr":

There was something that I think was a restaurant or lounge in the hotel: 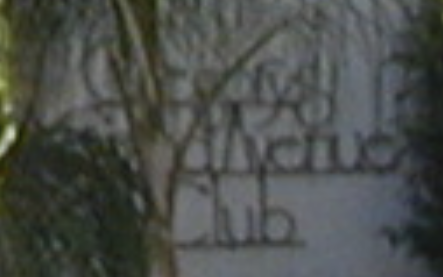 I think this says something like "Gregory's Grand Avenue Club" so the name could include "Gregory" or "Grand" but searching for variations on this did not turn up anything. I also looked at Grand Avenue in Phoenix for anything that resembled this place but did not find anything.

I also have a picture of the courtyard - the pool was in this central area surrounded by building on all sides: 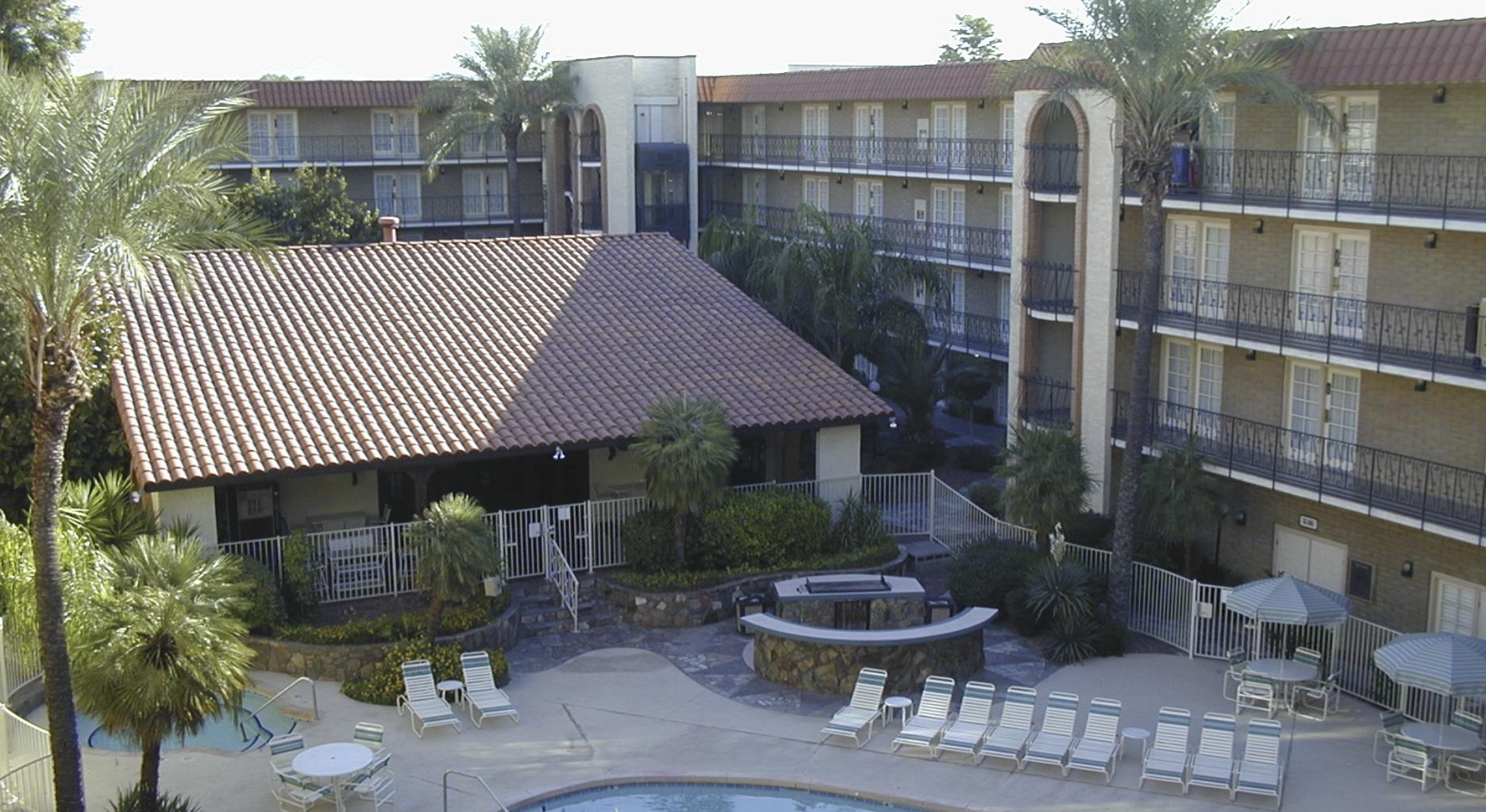 I suspect that this building may not exist, or if it does it no longer has the same name.

That building is now the headquarters for the Phoenix Dream Center, a non-profit organization "committed to stopping human trafficking, educating tomorrow's leaders, and ending childhood hunger". In short, it appears to have been converted into a homeless shelter.

The "Tours" page on their website shows an aerial view that is clearly the same location - right down to the position of the palm trees!

The "GR" and other signage is indeed "Gregory's Grand Adventure" which appears to be one of several "Gregory's" restaurants located from California to Texas. This Tweet includes a matchbook showing their addresses, and confirming the address of the above property as 3210 Grand Ave, Phoenix. It also shows that the hotel was an Embassy Suites Hotel at the time - which is potentially what it was at the time you were there.

Not the answer you're looking for? Browse other questions tagged locate-this arizona phoenix or ask your own question.

3
How should I prepare for potential flooding in Utah and Arizona?
19
Where exactly is this building located in Cuba?
2
Where was this place in Barcelona?
19
Where was this picture of Squamish, BC captured?
16
Where in Norway are these massive boulders?
6
Where is this strange clock/painting located? (moving eyes)
16
Where was this picture taken? (Chromecast background, 3 steep rocks)
2
Where in Moscow is/was this 1980 Olympics logo sculpture located?
1
How late in the winter can one expect to be able to take snowboarding lessons around Flagstaff, AZ?