Which scheduled flight is the most impacted by the Russia/Ukraine air border closure?

Given the recent invasion into Ukraine, all Western airlines were banned from Russian space and cannot use Ukrainian airspace for obvious reasons. A similar ban applies to Russian airlines flying over Western airspace. Which scheduled flight was the most affected by this closure? To clarify:

It’s now been 3 weeks since the start of the conflict so I assume airlines were able to update their routes by now.

I'll kick off with Finnair flight AY74 from Tokyo to Helsinki. Scheduled flight time used to be 10:15, now it's taking around 13 hours. 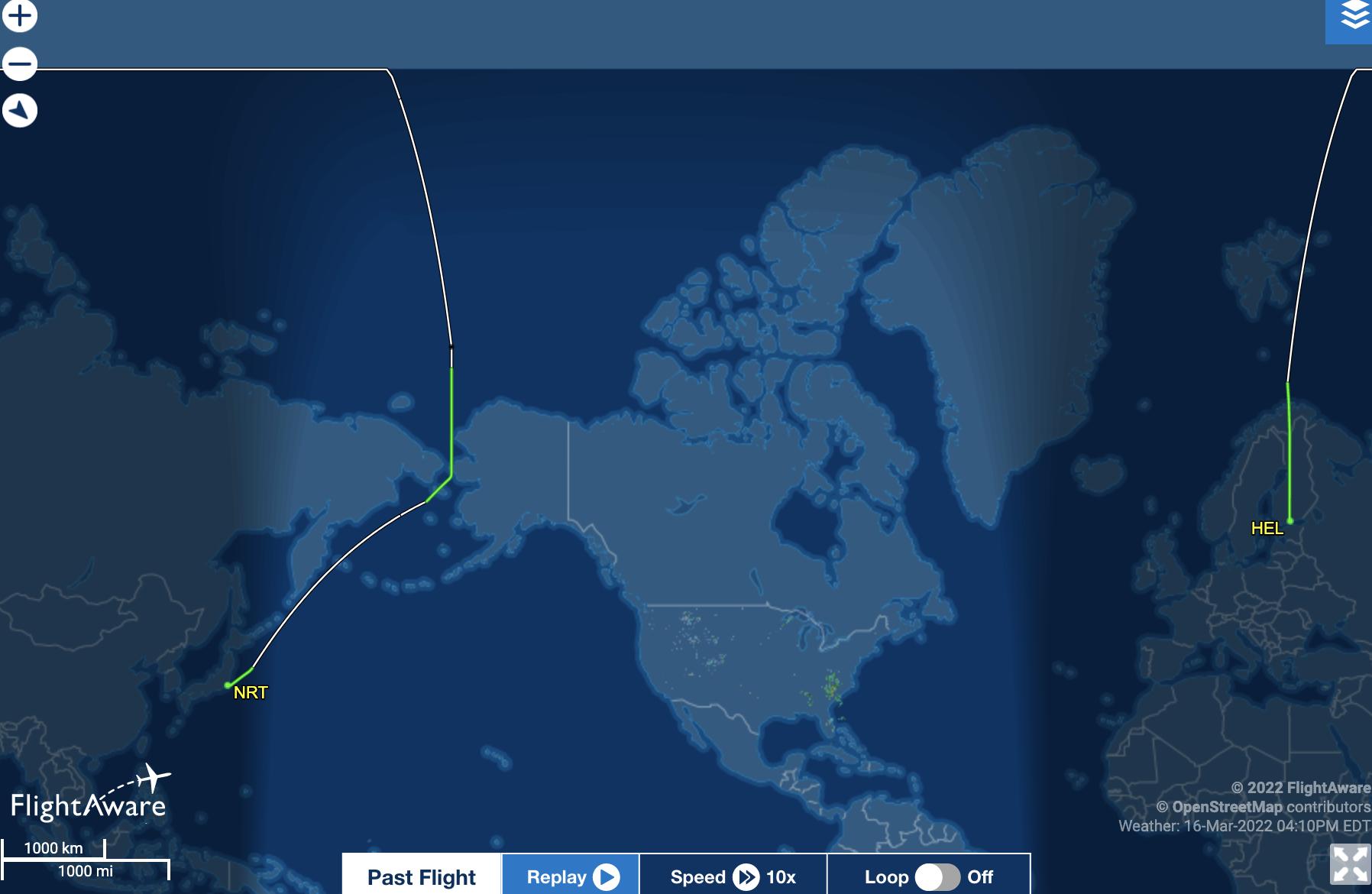 You can somewhat approximate this route in the Great Circle mapper by using HEL-LYR-WAA-UHPX-NRT. I also added HEL-BUD-TBS-ULN-NRT as a Southern route as well, and the direct flight. 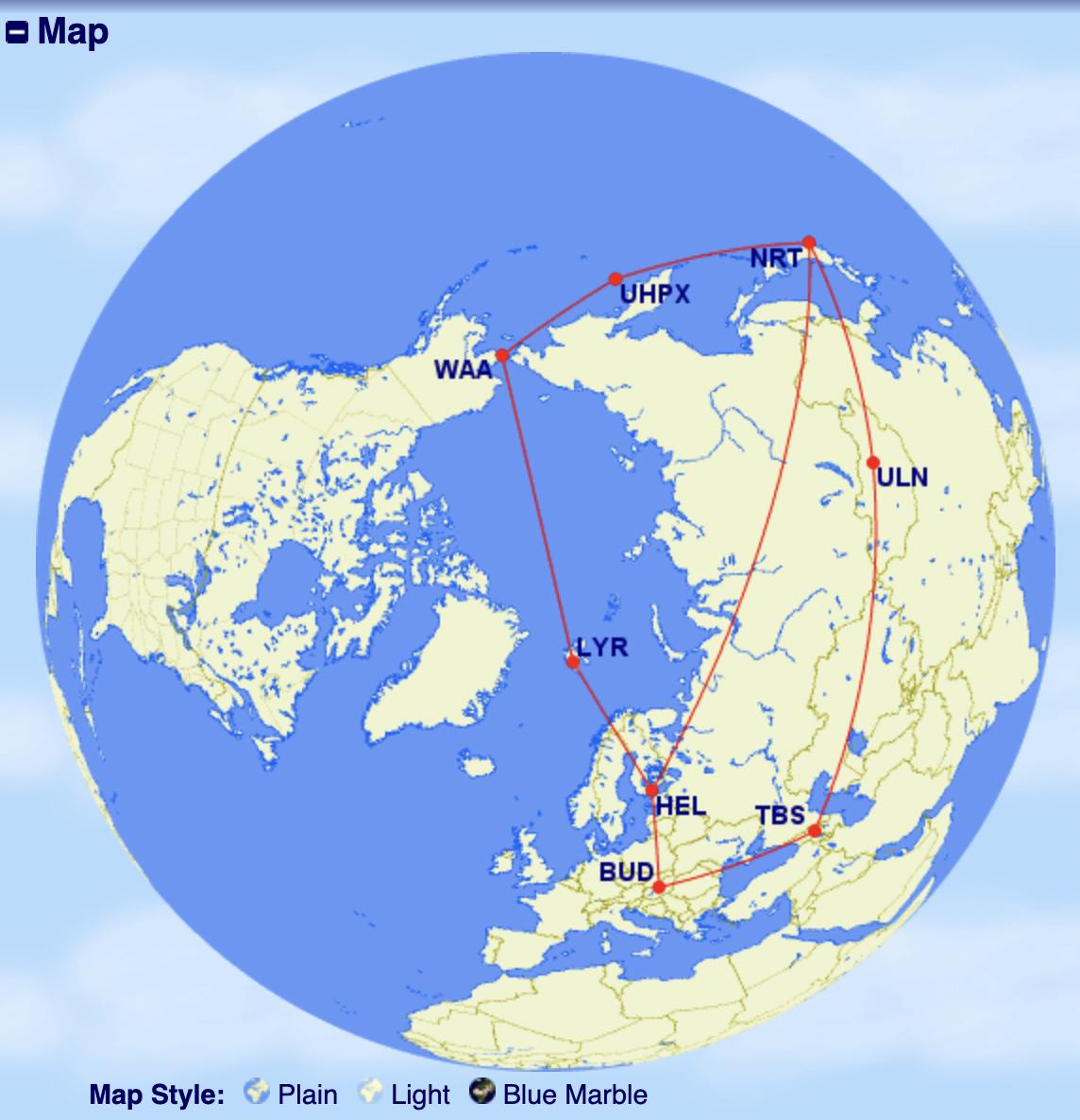 Based on the mapper the NRT-HEL direct distance was around 4900 miles, the new Northern route is approximately 6700 miles, while the Southern route avoiding Russia and Ukraine through Hungary->Georgia->Mongolia would be around 7100-7200 miles.

Interestingly, the new polar routing is essentially the same as the one Finnair pioneered in the early 1980s, when it became the first airline to fly direct from Europe to Asia, before the Soviet Union permitted overflights.

In terms of proportional increase rather than absolute increase, I expect the worst-hit flight is Kaliningrad-Minsk, operated by Belavia as flight B2949/B2950 four times a week. The great-circle route between the two is only 470 km, but the routing to avoid closed airspace increases that to over 1600 km, for a factor of 3.4. 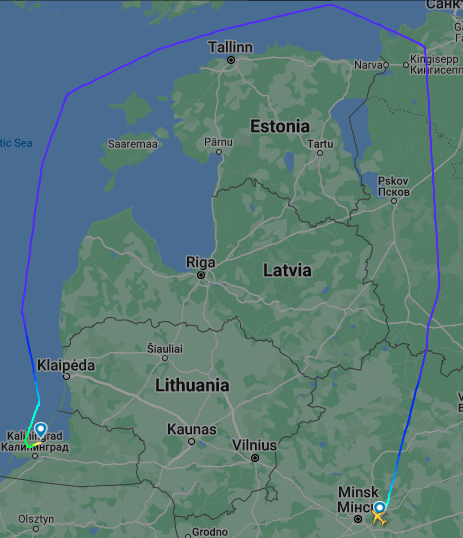 For a more-frequently-flown example, Kaliningrad-Moscow sees a substantial increase. The great-circle distance is 1070 km, but flight AFL1007 recently detoured for a total flight distance of around 1700 km, a factor of 1.6. 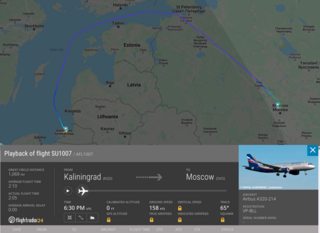 The question is which flight is most impacted.

UA867/UA868 - SFO to DEL and DEL to SFO, have both been canceled since the conflict started, as United does not have any aircraft that are capable of making the flight without flying over Russia/Ukraine.

The flights listed in the other answers have had their flight times increased, but from the perspective of the flight, fairly clearly being canceled is more of an impact than a longer route!

(There are likely other flights that have also been canceled for the same reason, this is just one that springs to mind)

CNN has an infographic on that question: Seoul to Helinsky is the most impacted route mentioned in their graphic, in terms of absolute time increase (4h8min). 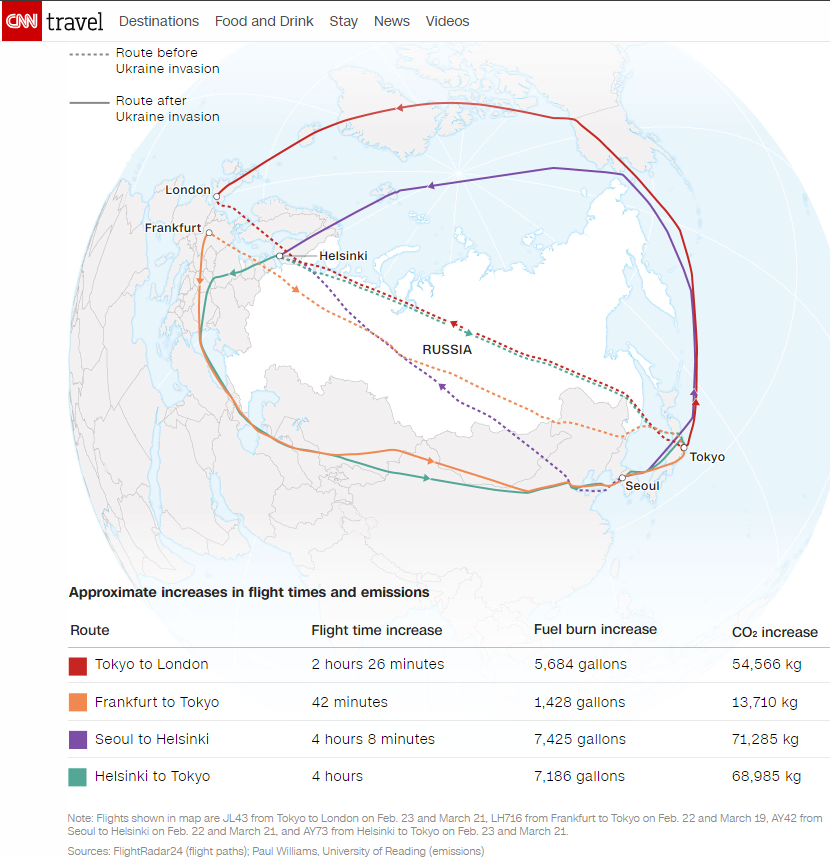 Not the answer you're looking for? Browse other questions tagged air-travel where-on-earth event-based-effects or ask your own question.

11
Travelling to Ukraine and Russia, border issues
44
What is the cheapest regular-priced scheduled flight I can book and fly?
15
What is the least frequent scheduled flight in the world?
5
Which road connects the most countries?
28
Which two countries are the most distant from each other in terms of number of flight segments?
53
Moscow (DME) airport arrival 23:55. My Russian visa becomes valid at midnight
5
Which currencies does Wizz Air use in-flight?
1
What's the longest scheduled helicopter flight?
13
What's the shortest flight on which a full, complimentary hot meal was served to all passengers?