Why does the TSA frisk you after having you pass through the scanner?

Why does the TSA frisk you after you have gone through the body scanner?

This has happened to me every time I fly and a few times the "frisk" was unannounced. The first time a TSA agent touched me inappropriately after I went through the scanner without a word to me before, during, or after. I felt assaulted and broke down in tears. Recently a TSA agent, after I had been through the scanner, again touched me inappropriately under my clothing.

What is the deal?

Why does TSA frisk you after you have gone through the body scanner?

Specifically, with the body scanner, you can see on their screen if you look that it all they see is a vague alert superimposed over your body. E.g., there's something to look at on their belt. 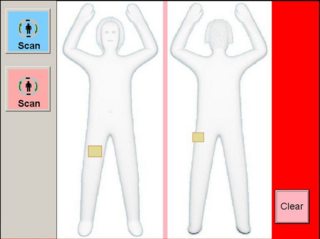 Neither of those events sounds remotely appropriate and I'm sorry that happened and second the suggestion to complain formally, but if this is a consistent problem, you might try removing more material that might be alerting the system (wear a simple t-shirt instead of a shirt with a lot of construction).

Pat-down procedures are used to determine whether prohibited items or other threats to transportation security are concealed on the person. You may be required to undergo a pat-down procedure if the screening technology alarms, as part of unpredictable security measures, for enhanced screening, or as an alternative to other types of screening, such as advanced imaging technology screening. Even passengers who normally receive expedited screening, such as TSA PreCheck™ passengers, may at times receive a pat-down.

A pat-down may include inspection of the head, neck, arms, torso, legs, and feet. This includes head coverings and sensitive areas such as breasts, groin, and the buttocks. You may be required to adjust clothing during the pat-down. The officer will advise you of the procedure to help you anticipate any actions before you feel them. Pat-downs require sufficient pressure to ensure detection, and areas may undergo a pat-down more than once for the TSA officer to confirm no threat items are detected.

TSA officers use the back of the hands for pat-downs over sensitive areas of the body. In limited cases, additional screening involving a sensitive area pat-down with the front of the hand may be needed to determine that a threat does not exist.

You will receive a pat-down by an officer of the same gender. TSA officers will explain the procedures to you as they conduct the pat-down. Please inform an officer if you have difficulty raising your arms or remaining in the position required; an external medical device; or areas of the body that are painful when touched. You may request a chair to sit if needed.

At any time during the process, you may request private screening accompanied by a companion of your choice. A second officer of the same gender will always be present during private screening.

This means the "frisking" itself, as you call it (official term is Pat-down), is legal, including touching the breasts.

However, offending you with personal insults is crossing a red line, and as you were advised in comments, you better submit a new complaint to TSA, hopefully you wrote down the name of the offending officer(s).

As for why you were "chosen" for pat-down many times we can't really know; Might be just coincidence, or something in your luggage that raise their suspicion.

Another possible triggers for pat-down, as others posted in comments:

Sorry to hear this is happening to you. :(

In order to be getting patted down every time, then something is causing the body scanners to trigger on that part of your body. As Azor Ahai's answer discusses, the body scanners highlight a region of your body where something was detected (or else give an ok that nothing was detected.) The agents will then pat down the area highlighted by the scanner. So, if it's consistently triggering on one part of your body, then there's something there that's triggering the scanners. Unlike metal detectors, due to the way these scanners work, this would generally have to be something on the outside of your body, such as your clothes or if you had some kind of prosthetic. Things like internal plates or rods, pacemakers, etc. should not trigger the body scanners.

So, if there's something on your shirt, bra, etc. that is especially dense and/or layered, this could be triggering the scanners. Trying different clothing options with fewer and/or less dense layers might solve the problem.

Another way to avoid this almost entirely is to get TSA PreCheck, as mentioned in the comments. As someone who travels somewhat frequently, PreCheck is great (compared to standard screening, at least.) No need to take off your shoes or light jacket. No need to take out your laptop and liquids bag. And, most relevant here, usually no body scanners (unless maybe you're at a rather small airport where they don't have a separate screening line.) PreCheck lines typically use only a metal detector for the vast majority of passengers, though they may still randomly send you through a scanner from time to time or if something triggers the metal detector.

As an additional bonus, the PreCheck lines are also usually much faster than the regular screening lanes. Even if the line itself is as long (which it usually isn't,) the line moves faster due to people not having to take off their shoes and walking through the metal detector being substantially faster than using the scanners.

Getting PreCheck by itself is $85 for 5 years, though many travel-focused credit cards include a credit that will reimburse this fee. If you travel internationally, then you might want to consider Global Entry instead, which includes PreCheck as well as providing expedited immigration control when entering the U.S. It is $100 for 5 years, though applying takes longer and is somewhat more of a hassle.

I would agree with some of the comments, though, that you may still want to complain to TSA. They are supposed to tell you what they are going to do prior to touching you if they need to conduct a pat-down for some reason.

One thing I've seen some airport TSA do here is to ensure you have all "removable" objects taken care of before you enter the scanner (as in they proactively asked me to remove items and place them into a container), presumably to reduce false positives. Specifically, I had to bin my

The general thing is the scanner detects any additional objects on your person. What I have found is if you empty your pockets and place any objects in your carry-on bag before you enter the scanner there's a far smaller chance you'll get any additional screening. It's easy to assume that this places your valuables at higher risk, but despite the chaos, it's not hard to keep tabs on your bags, and they typically make it through the scanner at about the same pace you do.

Let's assume that you have taken everything out of your pockets etc. If you still get frisked often there is something that triggers the body scanner. That may well be your body, and you wouldn't be alone. There was a TSA report stating that

(All this body talk is somewhat embarrassing and I couldn't care less about any of this but it simply is relevant to the question and the facts triggering it, so we'll look at this from a, say scientific standpoint of a visiting extraterrestrial to whom all our body shapes are utterly alien :-) .)

So. Yes, anything that's not a lean white crew cut male can trigger the scanner. If it's an alien (to the extraterrestrial) belly shape there is nothing you can do. If you wear any alien (to the extraterrestrial) clothing like a particularly sturdy bra with wires and stuff, or a body shaping undergarment, you can try to go with something less sturdy.

And yes, demand respect and do complain.

Not the answer you're looking for? Browse other questions tagged usa security tsa or ask your own question.

11
What does the TSA do with confiscated liquids?
12
Why does TSA security vary so much for different airports?
3
How does TSA ensure only Pre-Checked passengers go through Pre-Check?
23
Does a federal security clearance allow you to bypass airport security?
6
Why didn't my snowboard bag make it on the flight at O'Hare despite me arriving over 2 hours early to the airport?
3
Why does TSA check IDs on US flights?
5
Does CLEAR allow you to avoid the full body scanner?
53
What happens if you swab positive for a drug sample at Canadian airports even if you don’t have anything on you?
36
What can I wear to avoid getting frisked and crotch searched by TSA at the airport?