Can't be connected by car = a regular individual can't drive a regular vehicle between the two countries, including via another country.

I'm not interested in the case where driving is made impossible because of some military conflicts, e.g with North Korea.

I'm aware of (Panama, Colombia). Is there any other such pair of countries?

There are no roads connecting Suriname to any of its neighbors (France, Guyana, or Brazil), though there are ferry connections over the rivers to Guyana and France.

(Wikivoyage says that there's a road between Suriname and Guyana, but it's wrong: satellite imagery clearly shows a hole in the road, and travelers' reports clearly state that a transfer to and from the ferry is required.

The Italian Republic and the Vatican City State

The Vatican City State, also known simply as the Vatican, became independent from Italy with the Lateran Treaty (1929), and it is a distinct territory under "full ownership, exclusive dominion, and sovereign authority and jurisdiction" of the Holy See, itself a sovereign entity of international law.

Driving: In Vatican City, they drive on the right side of the road, but it is highly unlikely that you will ever drive inside the Vatican. The only way the public can drive in the Vatican is if you’re there on official business and enter a via parking lot near St. Ann’s.

So it qualifies under OP's conditions

Various Antarctic territorial claims provide "land borders" that cannot be crossed due to the lack of roads, including:

None of these countries share a land border anywhere else in the world, of course. EDIT: As was pointed out by Nate Eldridge in the comments, it is possible to drive from Norway to Gibraltar, which is also a British Overseas Territory; so the last of these does not qualify.

For the purposes of this question, it is probably best to draw a discreet veil over the conflicts between the claims of Chile, Argentina, and the UK, as they make the concept of a "border" ill-defined. The Chile-Argentina border on the South American continent is relatively easy to cross anyhow. 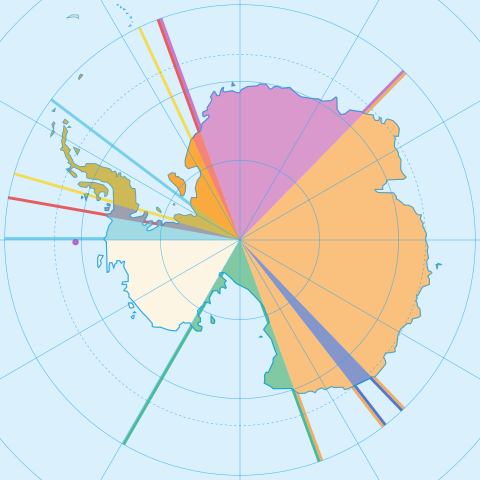 Singapore and Malaysia are connected by a causeway and a bridge, with the Causeway in regular times being the world's busiest border crossing by some measures.

However, due to COVID-19, for time being both are completely closed to private passenger vehicles: the only way to cross is by designated bus services.

Not the answer you're looking for? Browse other questions tagged international-travel driving borders where-on-earth or ask your own question.

6
What limitations are there on my 4 month old UK driving licence for use travelling across Australia?
9
From Italy to Austria during winter, by car
22
Crossing a border several times to increase duty free allowance
7
Can I insure a US visitor on my UK Vehicle?
4
Driving Iceland's Golden Circle in October
7
Most remote passenger train station
2
Which countries accept the Pakistan international driving licence?