What is this contraption?

Below is a screenshot captured from a Google Street View scene.

The scene shows a travellers' camp in Norfolk county in the The United Kingdom. It contains a mixture of the old and the new: a bowtop Romani style caravan, a modern camper van, various trailers and tents, and a horse. There is a strange contraption between the two motor vehicles. 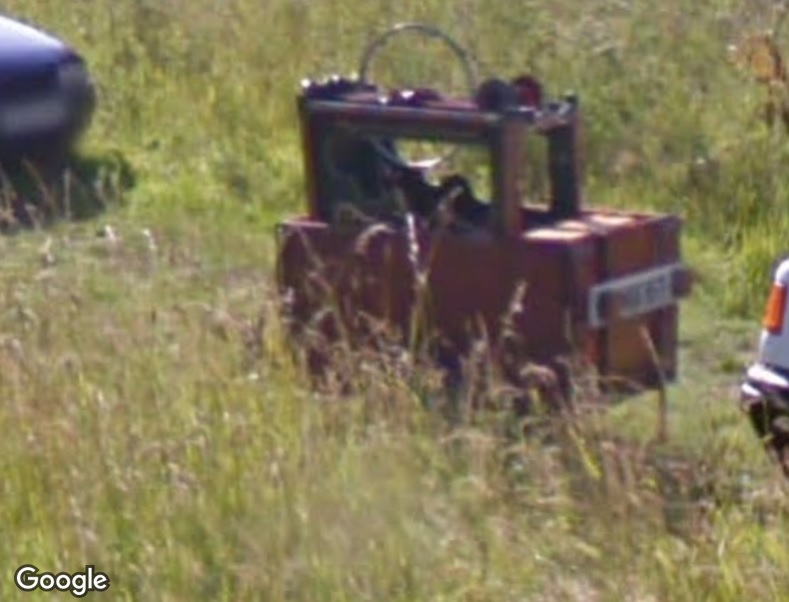 The apparatus looks as if it is mounted on wheels, and on top is another wheel which resembles a bicycle wheel, with a smaller spool, suggesting it might be a spinning machine. Someone else told me it reminds them of an old knife grinding machine that the travelling folk used to use, to sharpen people's knives for some income. It also has some unusally shaped cut-outs or profiles in the top edges.

What is it? I hope you agree that this question is related to travel.

I think it's a knife sharpening cart. Here is a photo of a similar one from Worthpoint: 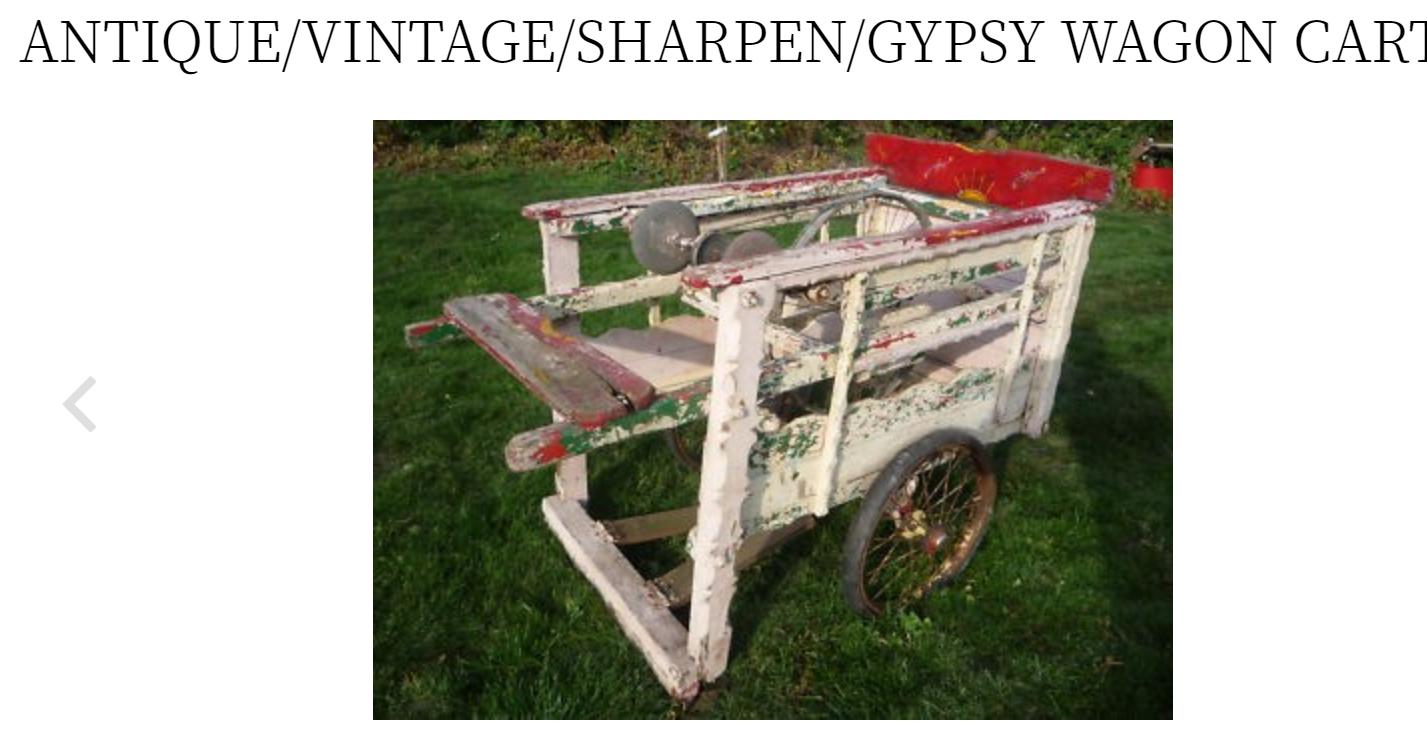 The 'bicycle' wheel appears to a be a flywheel to keep the grinding stones spinning relatively steadily, and it is driven by a treadle.