When did/does the Trans-Mongolian pass through Datong?

On July 8th 2018, I took train K4 departing at 07:30 local time from Ulaanbaatar, Mongolia and arriving at 14:30 the next day in Beijing, China. The schedule bolted to the wall of my train (pictured) as well as everything I can find online indicates that the current routing on the Chinese side is Erenhot-Jining-Zhangjiakou (Shalingzi West)-Beijing. 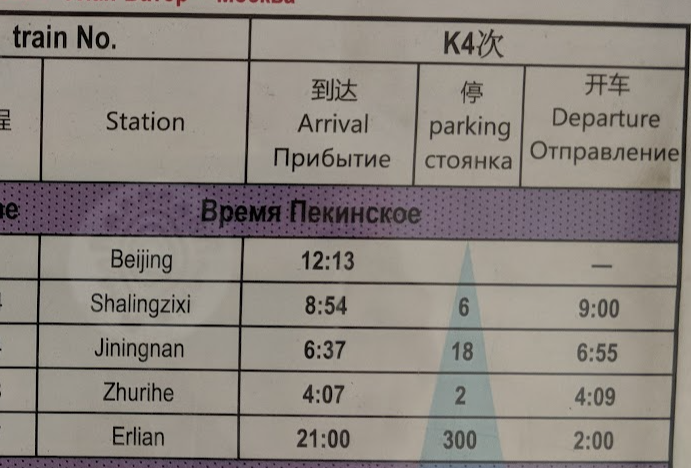 However, our train actually detoured through Datong (lower route), arriving in Beijing several hours after the timetable said we were supposed to, and a casual trawl through Google Books suggests that until at least the 2000s this was in fact the standard route for trains to take. It also was not an unexpected delay, since the arrival time was correct to the minute on our tickets. 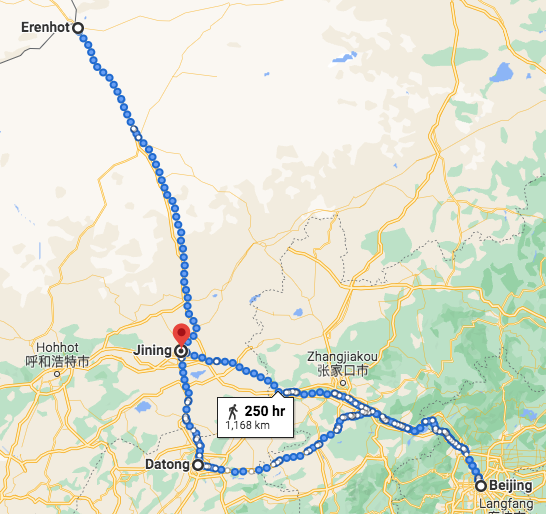 When was the route changed? And why did my train take the "old" route in 2018?

Personal guess: something to do with the construction of the Beijing-Zhangjiakou HSR, which was completed in 2019.

Not necessarily complete answer with all the references:

Zhangjiakou-Jining line opened for traffic in 2011. Before that, the detour to Datong was necessary.

Many passenger trains gradually took advantage of the faster and more direct connections. As @mlc found, it probably happened in 2014-2016. After K3/4 was rerouted via Zhangjiakou-Jining line, Datong was not served by train.

In 2018, K3/4 was routed via Datong again with the timetable changes of April 10. However, no passenger service was provided at the station for the train. These changes included rerouting all the passenger trains between Jining and Zhangjiakou.

This is partially related to the construction of new HSR lines. The other, perhaps the more significant reason, is that the Z-J line also vital for China's energy needs: it connects Baotou, the centre of coal industry, to the rest of China to ensure industrial and residential needs of utmost importance. Z-J line was constructed primarily to be part of the "西部能源输送大通道" ("the Great Channel to delivery energy from the west"), passenger traffic is of secondary concern in face of energy challenges.

The timetable changes allowed the line to be used for heavy-duty freight (coal) trains with capacity > 10,000 tonnes.

Especially since a dedicated HSR passenger line is under construction, passenger traffic would be significantly relieved within two years but energy needs were (and are) much more urgent.

Not the answer you're looking for? Browse other questions tagged china trans-siberian china-railway or ask your own question.