Which airlines will cancel the return leg of a flight if you do not use the outward portion?

Which airlines will cancel the return leg (and intermediate legs if any) of a flight if you do not use the outward portion? This is assuming you bought outward and return as one transaction, rather than buying them separately.

Airlines are apparently notorious for cancelling return legs without warning in these circumstances. See for example https://www.independent.co.uk/travel/news-and-advice/which-airline-no-show-flight-clause-cancel-no-refund-air-travel-a8978801.html

However I recently was able to travel with Vueling having missed the outbound flight, arrived at my destination by other means and then used the return half of the ticket to get home. I checked with Vueling and they definitely have a policy of not cancelling such return tickets.

Similarly Ryanair say "You don't need to notify us if you are unable to travel and if you can’t use your outbound flight, you can still use your return flight." https://help.ryanair.com/hc/en-us/articles/360017824978-Refund-Policy

So my question is, does anyone have a list of which airlines will cancel return flights and which will not?

Instead of giving a list of airlines, I’ll give a few pointers which can help find out.

The reason airlines cancel subsequent segments of a missed flight is to avoid passengers taking advantage of hidden-city ticketing (where a flight A-B-C is often cheaper than A-B or B-C) or abusing cheap round-trip fares with attached conditions (staying at the destination a minimum amount of time or over the week-end, for instance), which cost a lot less then two separate one-way flights.

For the former, it implies the airline selling connecting flights (usually through one of their hubs). For the latter, it implies airlines which have return fares.

Both are the traditional model of the incumbents (former flag carriers) and other “full service” airlines.

On the contrary, most low cost carriers usually have a much simpler model: each flight is independent. No connections, and no discounts for return trips. You can book the two segments separately, it will usually be exactly the same price as the return flight (there may be a small difference due to taxes and/or local currencies, but it will be quite symbolic.

So those airlines, like Vueling or Ryanair in your question, do not care if you miss a flight. You paid for it whether you did or did not fly, and it doesn’t matter if you don’t.

On the other hand, full service airlines do have an interest in preventing you from “abusing” their “cheap” fares, and are a lot more likely to cancel subsequent flights. Note that this may vary depending on the fare paid: fully flexible fares usually won’t have these policies applied (since there’s no “discount”), but of course reading the fine print is essential.

There are certainly exceptions here or there (and there are airlines which are difficult to classify), but that’s the essence of it. 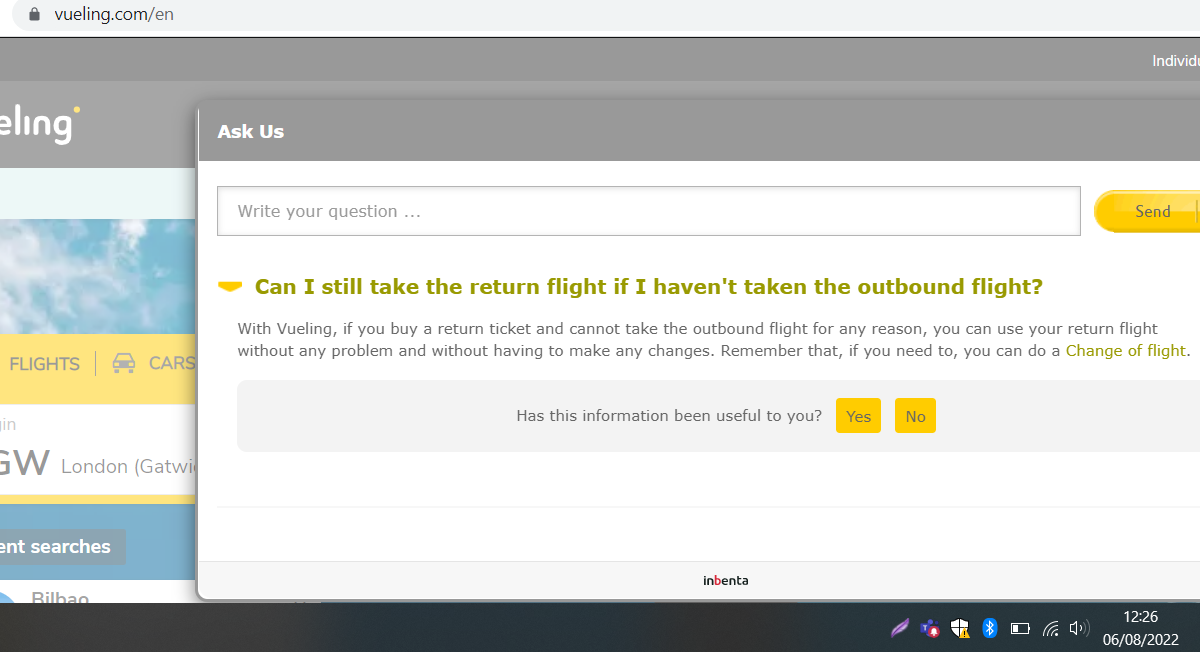 cs94njwcs94njw
10111 bronze badge
New contributor
cs94njw is a new contributor to this site. Take care in asking for clarification, commenting, and answering. Check out our Code of Conduct.
Add a comment  |

Not the answer you're looking for? Browse other questions tagged missed-flights return-tickets or ask your own question.