As a US Citizen, there any Aleutian Islands in the Eastern Hemisphere that I can move to? [closed]

Ask Question
Asked 11 months ago
Modified 11 months ago
Viewed 247 times
1
This question was closed because it is about immigration or moving for extended periods of time. It is not currently accepting answers.

If this question does relate to short-term travel within the scope defined in the help center, help by editing the question to improve it, or leave a comment explaining to the author how to improve their question. If you believe that this question would be a high-quality fit for our sister site Expatriates, flag this question for moderator attention and request that it be migrated there.

The Aleutian Islands are famous for being remote islands. But they are also famous for something else: holding the northeasternmost territories in the USA.

I am already a US citizen, and live in one of the lower 48 states. I don't have the resources to move there right now, but I am curious. Is it legally and physically possible to move to any of the eastern hemisphere part of the Aleutian islands and if so which ones?

Attu Island is part of the state of Alaska.

At longitude 172°E it is to the west of the 180° longitude, which places it in the eastern hemisphere geometrically.

However it is to the east of the International Date Line, which places it in the western hemisphere geographically. 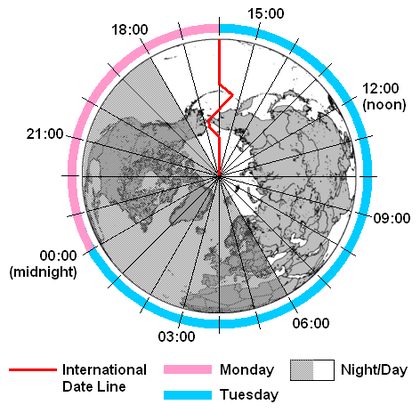 The population of Attu in the 2010 census was 20 people, all coast guard personnel at Attu Station, but they all departed later in the year when the station closed. It then became the largest uninhabited island in the United States. Its population is currently 0.

Semisopochnoi Island is similarly placed, but at longitude 179°E is the easternmost location of the USA (further east than Maine) (and paradoxically not as far from Alaska's mainland as Attu).

Perhaps you could volunteer to be a coast guard on Attu.

7
Is there any rule that a Canadian citizen entering US should have ticket back?
8
Are there any places in the US where I can drive a tank?
6
Are there any ferry tickets /passes in Japan that cover multiple ferries between multiple islands?
3
Is there any scheduled bus service at Eastern Iowa Airport (CID)?
2
Where can I swim with the dolphins in the Eastern USA?
5
Is there any way to reach the Neuwerk island from the German mainland?
33
How can I legally visit the United States Minor Outlying Islands in the Pacific?