I read the following ETAs:

I would have thought that adding a connecting city would increase the estimate time, not decrease it.

Screenshots (taken at the same time): 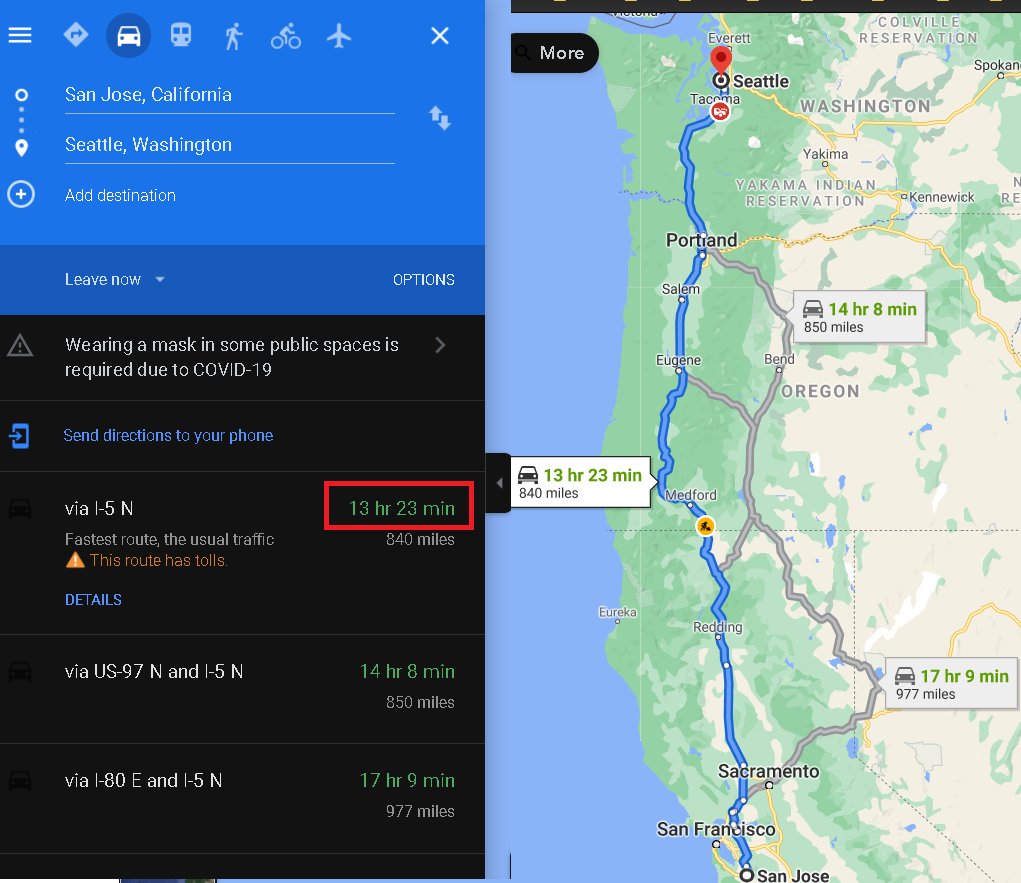 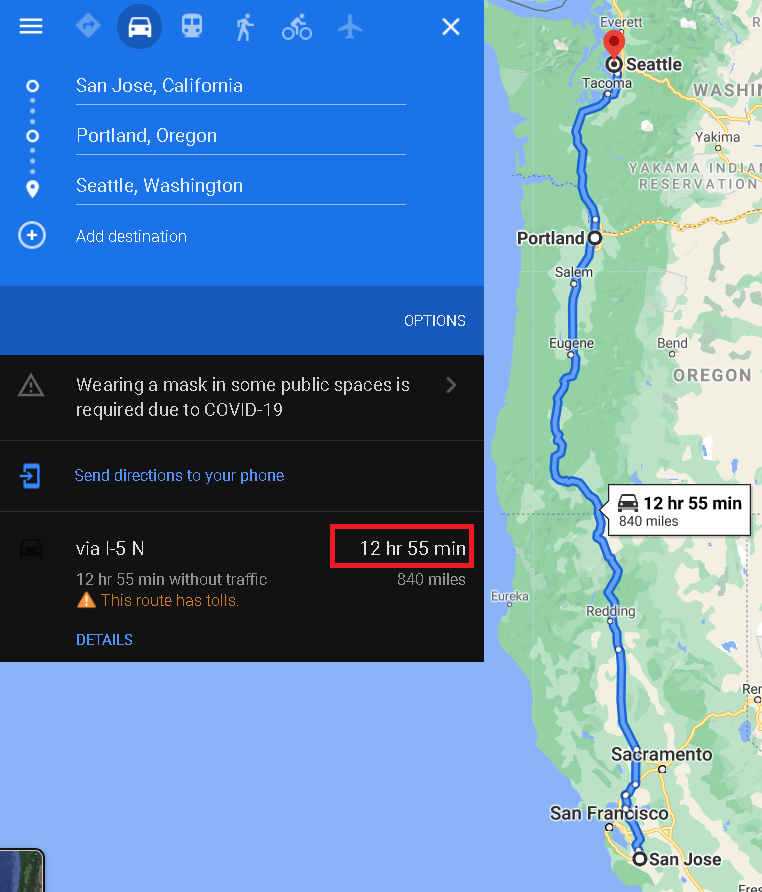 The primary difference is traffic.

When you ask for the route from San Jose to Seattle, the website displays the "Leave now" option and calculates a real-time prediction based on current traffic (in this case, "the usual traffic" meaning that traffic is roughly around normal levels). You can see this because the numbers are in green; they'd turn orange or red if there was a major delay due to traffic. For such a long drive, this is only so meaningful, as traffic conditions will inevitably change and you'll surely make some stops along the way, but you can adjust the setting and it will display different time estimates (albeit within large ranges like "typically 12 hr - 15 hr 10 min").

But when you ask for directions for a multi-stop trip, it doesn't use real-time traffic information and is displaying the time "without traffic." Note that the numbers are in white (or black using light mode theming) instead of colored. Presumably, it's doing this because it has no idea how long you might stay in Portland and so has no idea even what traffic to estimate for the Portland—Seattle segment (you may be doing it at rush hour or in the middle of the night).

Furthermore, you've asked for directions to "Portland," which Google Maps has decided is a particular point around the I-5/I-405 interchange. As such, it's routed you through the city. If ask for directions to Seattle, you'll pass through Portland, but will stay on I-5, a shorter route that avoids some of the city traffic.

When you entered the direct route, google maps suggested the route that takes you through Portland by using the highway that seemed most "direct" to Seattle and it made sure to avoid making you "enter" Portland: 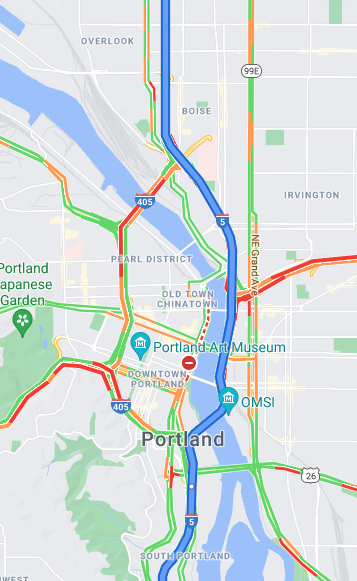 However, when you added Portland as a stop, google maps took the liberty of finding the best route within Portland which resulted in avoiding a nasty traffic in the same "direct" highway that was suggested in the direct route: 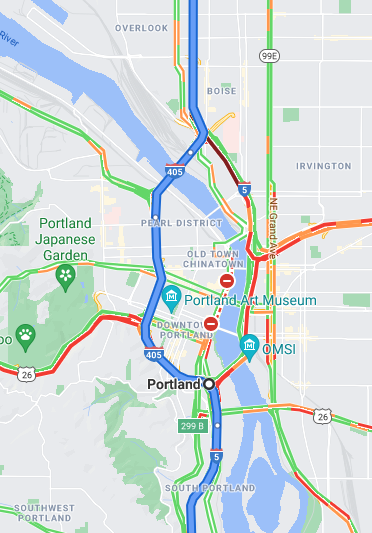 Not the answer you're looking for? Browse other questions tagged usa driving oregon washington-state google-maps or ask your own question.

10
How long does it take for Google Maps to include a newly opened highway in its driving directions?
9
Does driving 150 km from the Trans-Canada highway to Burgeo really take more than 3 hours?
2
Traveling from San Francisco to Bombay via London, on an older US Green Card
3
Travelling to Bend, Oregon from Portland in winter
17
Why does Google Maps show a boat route as a European road?
12
Why does Waze give a time estimate for this road trip two hours lower than Google Maps?