Why are California freeway exits painted with disconnected shoulder lines?

On freeway exits on a recent road trip to California, I noticed the following paint markings: 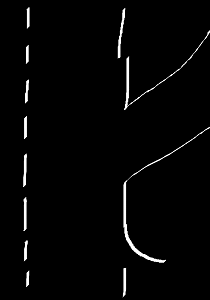 The paint marking for the exit seems to disconnect in two locations from the main shoulder paint line, as if the exit was painted after the road. However, every exit I noticed in California was painted like this, while every exit I have ever seen while living on the east coast has been one unbroken line on both sides: 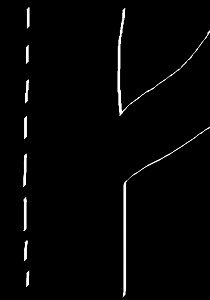 This may be selection bias, but I only ever saw this marking style in California, and I traveled through several states near it as well.

What does/would cause this style of painting an exit to occur in California?

Edit: In response to a comment I went into street view and picked 10 exits at random. Here are the results:

Both disconnects (before and after exit):

Only disconnected after exit:

In particular, note the following locations where the last exit in a neighboring state does not have this pattern, but the first exit in California does:

As already correctly pointed out here, the "before exit" line breaks are intended to visually warn drivers of upcoming exits in cases of heavy fog. It is a drastic break that is intended to be noticeable. (More on this below)

The "after exit" line breaks coincide with the end of the pavement between the exit ramp and the continuing highway. This may not be intended as a visual signal for drivers as it is not drastic, nor called out as such in the documentation below - although, as @C.M. gives capable witness to in the comments, it still can serve that purpose to alert drivers.

The documentation that I am referring to is the California Manual on Uniform Traffic Control Devices (CMUTCD). In reading that, the after-exit line breaks seem to simply be a change in regulated spacing of lines for a traffic lane: While there is still pavement to safely drive on to the right, space it at distance A. Once there is no direct paved path to the exit anymore, space the lines at distance B, perhaps allowing space for safety rumble strips. 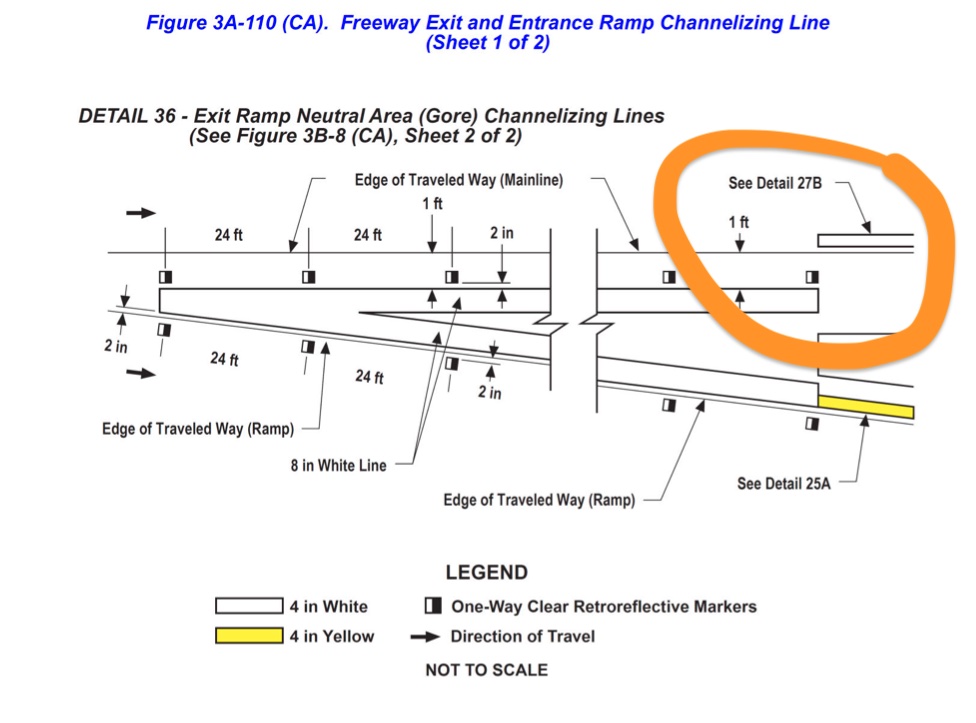 It shows that the ramp neutral (pavement) area should have (when viewed from the highway) reflective markers and then the white line. After the neutral area, it reverts to the standard highway markings of "Detail 27B" (below) where the proscribed order is to have the white line exactly two inches from the edge of the drivable surface (2014 CMUTCD, page 658):

Finally, you'll notice a reference in the notes of the preceding image to a flare in advance of an exit. This is the legal explanation for the "before exit" discontinuities. Here is that full diagram from the 2014 CMUTCD, page 708: 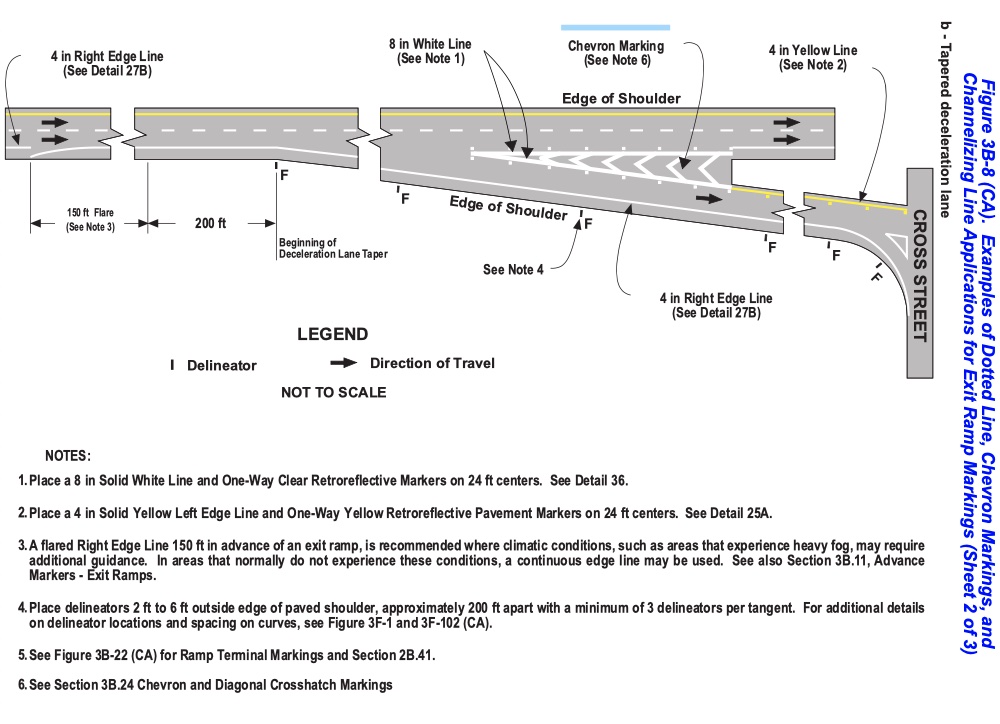 Note 3 under the image states:

A flared Right Edge Line 150 ft in advance of an exit ramp, is recommended where climatic conditions, such as areas that experience heavy fog, may require additional guidance. In areas that normally do not experience these conditions, a continuous edge line may be used.

EDIT: I implied above that the placement of the white line after the exit was to allow room for the rumble strips - and while it generally seems so, it apparently is not strictly so... from the 2014 CMUTCD, page 818 - Section 3J.01.02:

And here is the relevant detail figure:

Relevant text from the note in the image:

This peculiarity on Californian highways is even mentioned on Wikipedia.

The purpose is to easier see that an exit is approaching when driving in foggy conditions. The interruption of the road shoulder line is used on highways in areas of California prone to fog.

Google streetview stiches images together and it's not a pixel-perfect process. You're seeing a seam in the stitching where the line "breaks."

Not the answer you're looking for? Browse other questions tagged driving california or ask your own question.

20
What do the dashes close to each other near French freeway exits mean?
30
Why are there California border crossing checkpoints that don't seem to do anything?