One of my buddies asked me a question and I don't have an answer for him. So, I thought I would run it by here.

He is a big hunter. As in, he travels for hunting... a lot. However, he tries to be ethical about it. He wants to know if there is any hunting in South-East Asia that is sustainable, as is it doesn't damage the environment.

I know there is government legalized hunting in several countries in SE Asia, but that doesn't necessarily make it sustainable. Anyone know of a program in SE Asia that fits?

I've looked in hunting forums, but for the most part it just seems a bunch of guys who like to go around shooting stuff. They pretty much just consider the legality of it.

In Indonesia, we hunt wild boar since it's considered as a pest to our padi field.

If you interested you can contact Perbakin(Indonesian Shooting Association) Medan that holds Hunting Safari regularly, to control the wild boar population.

Here is the name and the address : 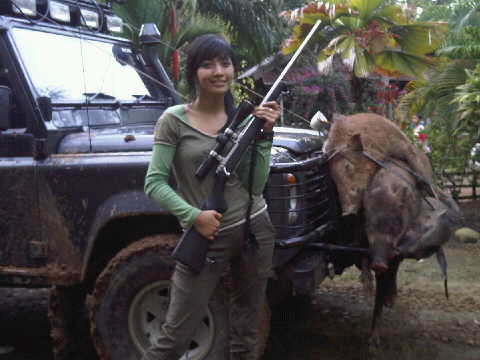 One example in Papua New Guinea of sustainable hunting is the Tree Kangaroo. Not exactly big game, but it's different, and fits how the locals look after their environment and culture.

For information, take a look at this link.

Not the answer you're looking for? Browse other questions tagged southeast-asia ethical-travel hunting or ask your own question.

8
Travel from South East Asia to Europe by land
7
Volunteer travel in South East Asia / Africa
6
What visas do I need for traveling to South East Asia if I'm a Canadian Citizen?
2
Options for getting paid for hunting or fishing on vacation
3
How can a foreign national get a fishing/hunting license in the South Carolina?
12
Which routes are possible from anywhere on peninsular Southeast Asia to The Philippines without flying?
2
South East Asia - double entry without visa