What is this "bridge" over the Suez Canal?

At this location on Google Maps, there appears to be a bridge over the Suez Canal. Wikipedia states that no such bridge exists, and it does not exist on Bing, but in the Google images there is clearly some structure with vehicles both queueing up an driving over it. 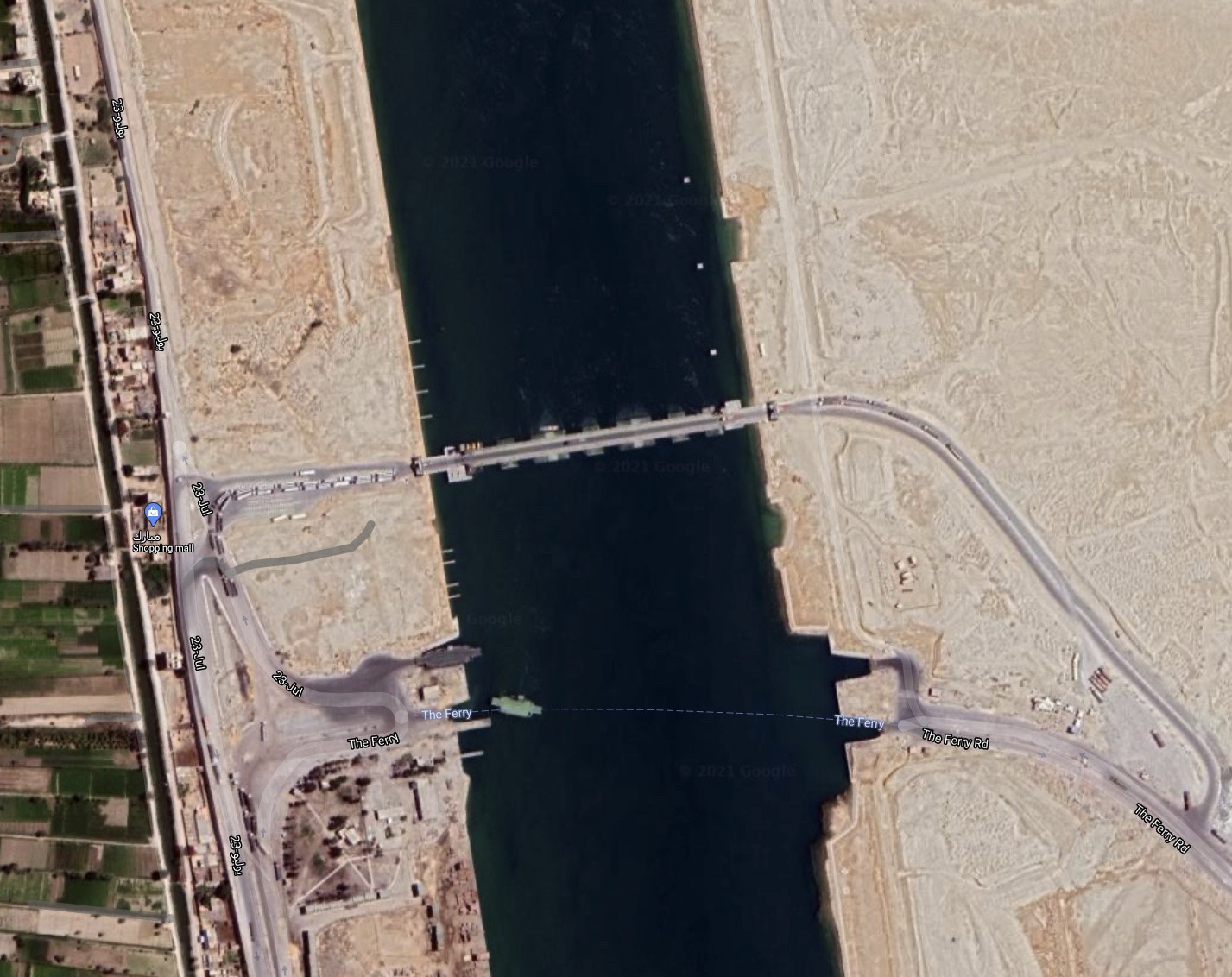 What is this? Is there a bridge there?

There is an entry for it in OpenStreetMap, noted as "movable bridge". The government website for the Canal has a gallery for a "floating bridge", which suggests it is some form of pontoon bridge. Using this lets us dig around a bit and it turns out that there are a number of different pontoon bridges recently established at various points on the canal:

This 2019 statement confirms five bridges were established. I think the last one, Ahmed Omar Shabrawy Bridge, is the one we're seeing here; the others are too far north and can be identified separately on the maps.

This bridge appears to be a permanent installation. In Google Earth, the first evidence I can see of its construction is June 2018: 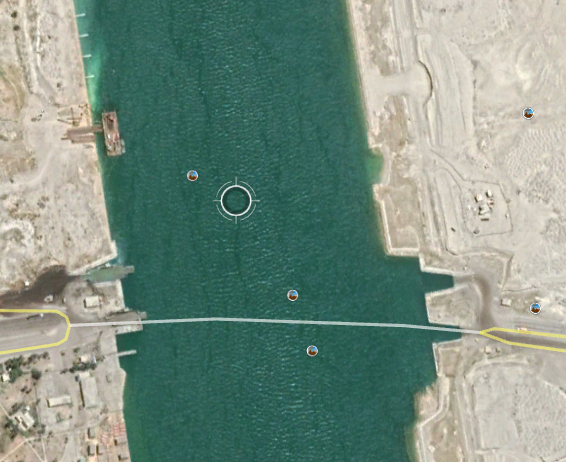 In February 2019, you can see the completed bridge out of the way of ship traffic: 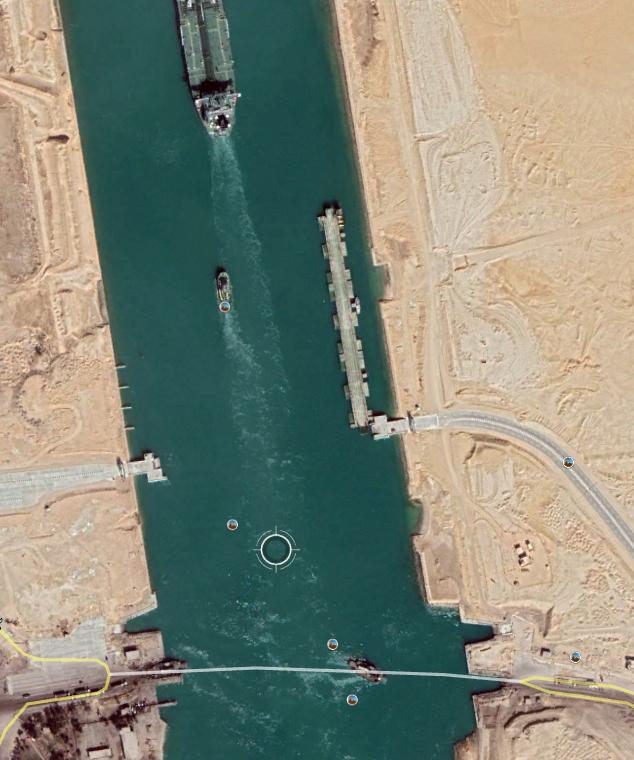 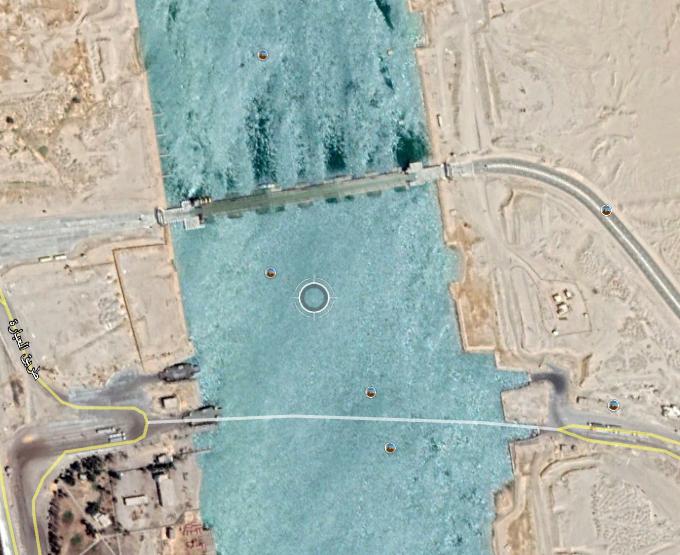 November 2019 shows the bridge in action: 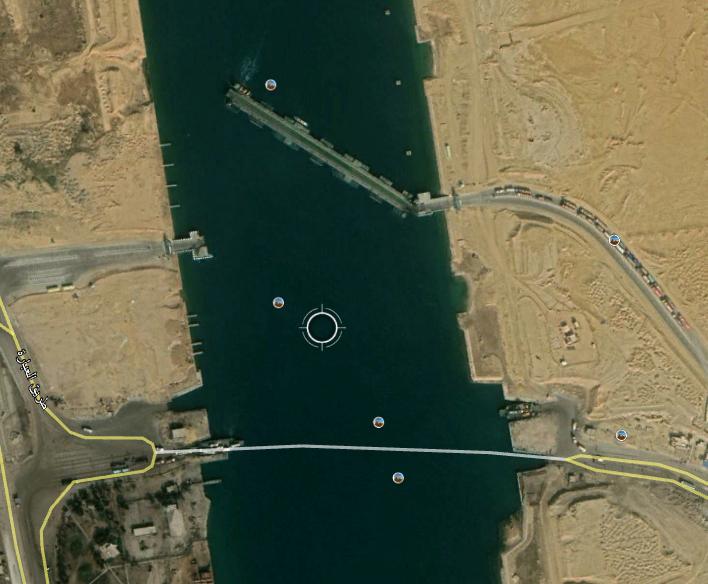 It looks like a pontoon bridge, which is in the water.
Those are often used as a temporary solution and can be taken out without leaving (many) traces when no longer needed.
They are also easier to put in than other kinds of bridges.

As the pontoons are in the water and the road surface only a bit above, it blocks all traffic on the water, so usually there is a part that can be floated away to let shipping go through. But it is not the easiest thing and mostly pontoon bridges are not kept longer than needed.

I bet that you will not find this bridge on photos of an other year, maybe not even from an other month, week or even day.

It may be that the ferry was out of use or that there were other problems which made for a need for a temporary bridge. And seeing the amount of trucks I think that is proven.

In an other answer is mentioned that this is/might be a new connection, meant to be a long term feature.

(Answer edited based on the answer by Andrew.)

Not the answer you're looking for? Browse other questions tagged egypt or ask your own question.

9
What are the best day-trips for a single traveler staying in Cairo?
11
What is the current level of risk to tourists visiting Luxor, Aswan, Cairo in Egypt?
1
Mark on the back cover caused by removal of a stapled pin. Will this be a problem when I travel?