What is special about the area 30 km west of Beijing?

A geocaching map of the Beijing area, shows an unusual pattern: 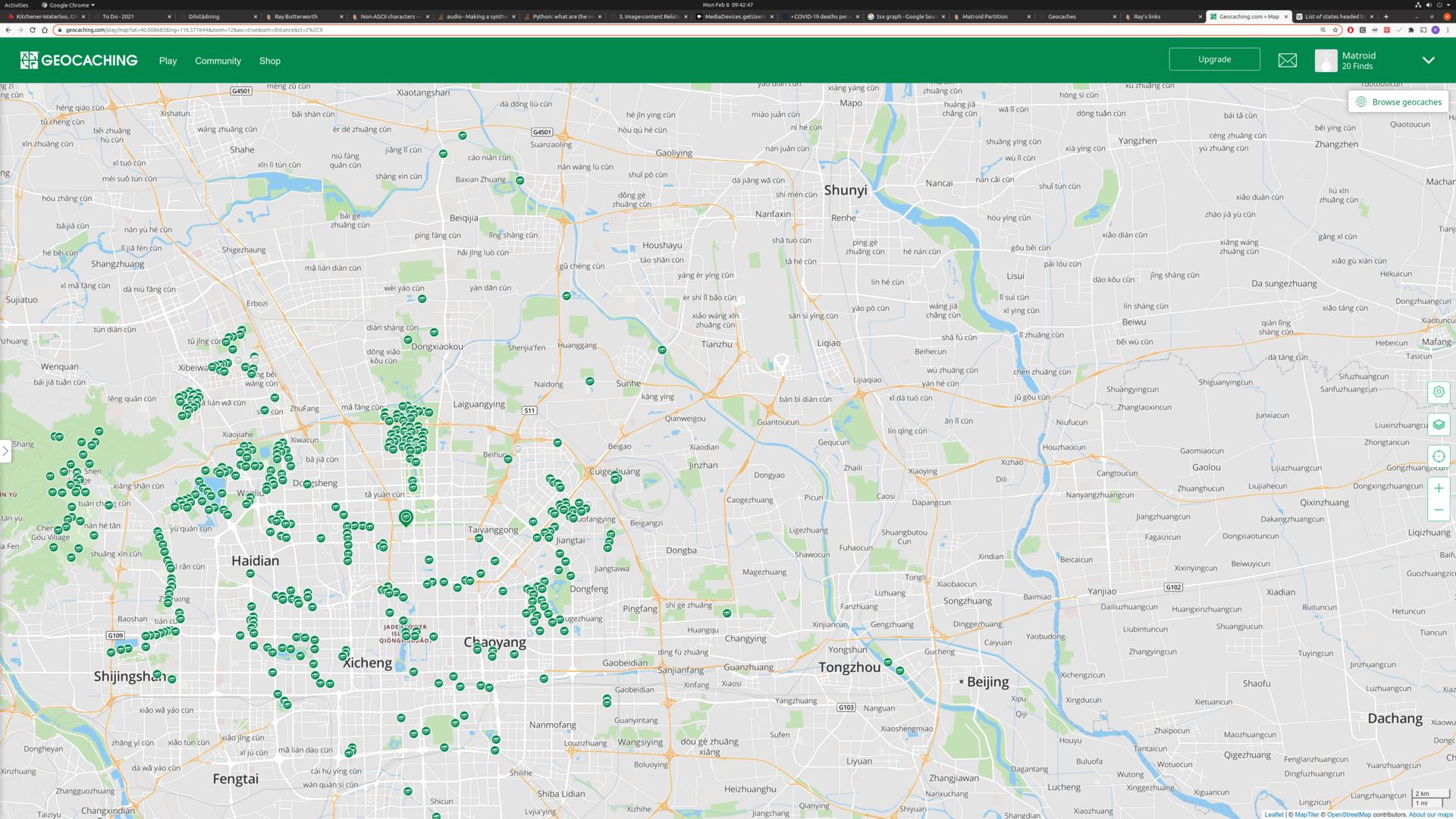 Almost all the geocache sites (green circles) are clustered in an area 30 km or so to the west of Beijing, with almost no sites in the capital itself or other surrounding territory.

What is so special, either from a native or tourist perspective, about this area that would cause this phenomenon?

The map is correct. Beijing literally is there in the east.

Traditionally, Beijing is the dense area, consists of Xicheng and Dongcheng districts, with Forbidden City in the center. Right inside the 2nd Ring Road (二环路). Every Beijing natives and every tourists still call that the city center of Beijing.

The Chinese capital has planned for years to shift its administrative center out to the outer Tongzhou district in an effort to rein in population growth, traffic congestion and air pollution in Beijing’s denser inner districts. Caixin report

Maps are taking different display measure. For example, Baidu Map still shows the old city center at low zooming levels, but if zoom in to Tongzhou District, you would see (the Chinese of) Beijing Municipal Government, quite away from Beijing "Proper": 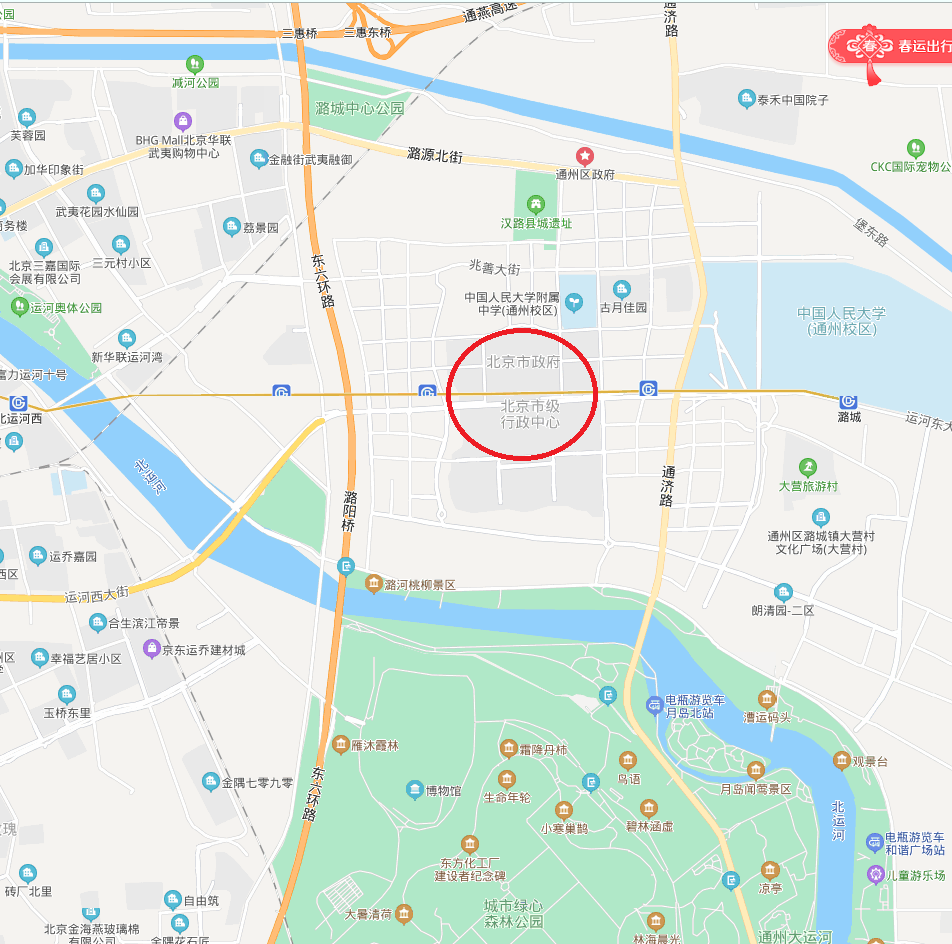 Answers about distortion maps are wrong. There is distortion with maps in China, but that is about 100m, not with 30 km.

This just looks to be a problem with the labels of the base map used by that geocaching site. If you look at other online mapping services (Google Maps, Bing Maps), they clearly show central Beijing located near the center of the large beltway highway shown in your screenshot. For example, in your screenshot you can see the thin, squared-off moats surrounding the Forbidden City about 2 km east of the "Xicheng" label.

This most probably has to do with the obfuscation of the geographic coordinates mandated in China, where apparently random offsets are added to them.

There are open-source, freely available de-obfuscators available on github, which can be integrated with OpenLayers, leaflet, etc. -- I have used them ;-) I say you better report it as a bug to that geocaching site.

Not the answer you're looking for? Browse other questions tagged china beijing or ask your own question.

8
Secondhand book market or area in Beijing?
12
What is the closest city I can go from a bullet train departing from Beijing?
14
Do the Beijing-Tianjin high speed trains often get fully booked?
11
What would happen if you're caught in Beijing with a 144-hour visa exemption for the Shanghai area?
4
Access the less touristy Great Wall areas near Beijing
3
What does 'Confirmed Seat' mean with regards to Beijing 144-hour visa-free transit?
4
What's the best place to appreciate Lantern Festival in Beijing?
3
Attending a conference in Beijing with special dietary needs