Can I bring a single shot of live ammunition onto the plane from US to UK as a souvenir?

I’m on holiday in the US and I’m planning on going to shoot some guns at the gun range. As a souvenir, I would like to bring a single shot of ammo (maybe a 9mm or something small) with me to the UK, to put on my shelf.

Is this at all possible? Thanks.

It is not permitted to bring ammunition into the UK without a permit. According to this brochure from the UK Border Force (p. 14–15):

There are certain goods you are not allowed to bring into the UK – this is to protect society, animal and public health and the environment.

The following are also banned but in certain cases may be brought into the UK if you have obtained the relevant licence or permit:

It is unlikely that it will be worth your while to obtain the proper permits simply to bring one round of ammunition into the UK.

A spent cartridge might be a better souvenir, though even then you should check with your airline to be sure there aren't any rules against it or special procedures that you'll have to follow.

As an add on to existing answers consider your question

Can I bring a single shot of live ammo onto the plane from US to UK as a souvenir?

as being seen by security authorities as looking something like

Can I bring a single shot informal firearm onto an aircraft if I also carry the single live ammunition round with me but separately from the firearm ?

Seen in this light, without knowing the specific regulations it's obvious (or should be :-) ) that the answer is probably "NO!!!", or at very best "Only after very large amounts of questions and paperwork, probably not as carry on, probably not without significant pre-application period and, probably, no!" 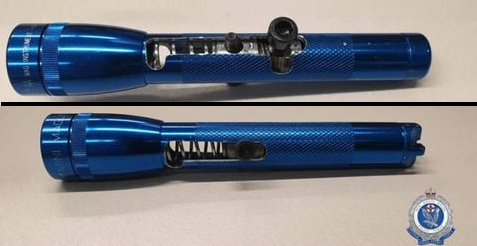 A "bootleg" / 'slam-fire' / ... firearm can be implemented in many ways from equipment and material that does not resemble a conventional firearm. The common key component to any such weapon is a live round - if you have that the weapon proper is doable.

Bearing in mind also that if you are able to carry such a round onto an aircraft then Bob & Carol & Ted & Alice (and Uncle Tom Cobbly and all) also can and a number of you can then pass your ammunition to someone who has a/the weapon. 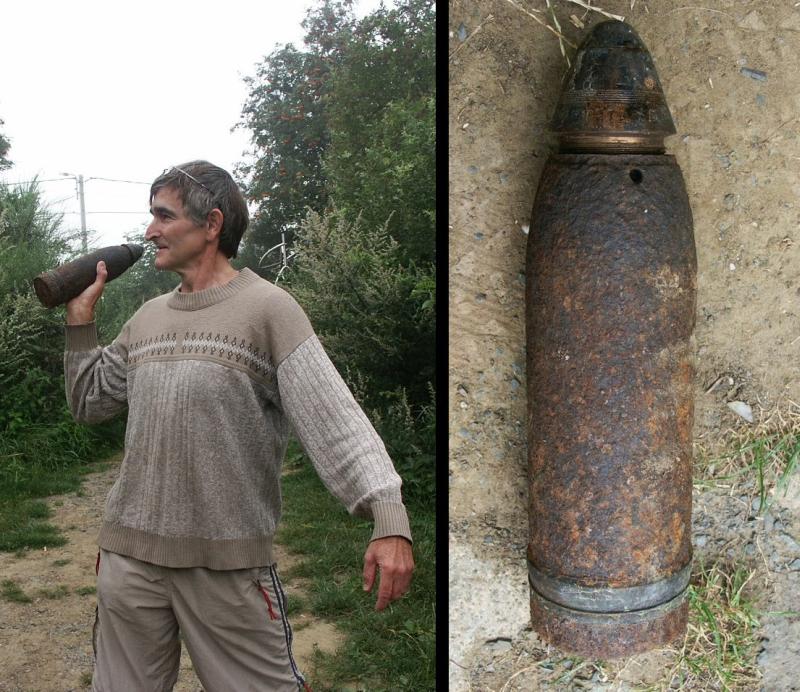 In addition to the UK import rules as described by Michael Seifert above, you will need to comply with TSA regulations for what you can and can't bring onto a plane.

And the news there isn't good for you: It is forbidden to carry-on (any) ammunition. It may be possible to check ammunition provided you pack it properly in special packaging, but you would have to contact your airline to see their rules around this for your specific flight, and it seems extremely unlikely to be worth the trouble for one shot being transported as a souvenir.

You will have to check with your airline if you are allowed to bring any ammunition in your checked baggage.

I can tell you that TSA will not allow you to bring any ammunition in your carry-on bags, even if it is clearly a souvenir.

When I was at Alcatraz, I bought this souvenir bullet keychain:

I put it in my shoe at the security checkpoint, along with the receipt, to make it easy to access because I thought it would be detected by the X-ray scanner. Indeed it was, and the TSA agent told me it is forbidden. He said they confiscate hundreds of these souvenirs every day.

If you cannot put it in your checked baggage, then I recommend that you look into mailing it to the UK.

Not to mention that fact that as a non-resident alien, you are not even supposed to be in possession of firearms or ammunition (there are some exceptions for sporting matches and such like).

This has been an issue with Canadians who can buy ammunition in the US without being asked for ID (they'd have to ask everyone), and if they have the appropriate Canadian license (PAL) it's perfectly okay with Canada Customs bringing it back with them in their car, but the US authorities have discouraged this- and the penalties could be draconian if they wanted to pursue them.

If you remove the primer and powder, it's no longer ammunition and I suspect it won't be a problem in checked baggage. They still might inspect it though as it will show up on an X-ray.

Not the answer you're looking for? Browse other questions tagged uk air-travel airports airlines airport-security or ask your own question.

8
Carry on crafting projects
4
Transporting meat from the UK to the US
14
Why are so many airline check-in counters idle so often?
8
Can I bring reusable hand warmers onto a plane in Europe?
13
As a Canadian, what are appropriate gifts to bring when travelling to Europe?
2
Can I book a long range flight for two passengers with different feeder-flights?
1
Is the tax-free allowance applicable per item or per total cost of all items combined in a baggage
24
Can I bring a wooden dough rolling stick onto the plane(carry-on)?