According to metadata, this image is claimed to be taken between 1880 and 1926 and the location is stated just as "Europe".

If the photographer is correctly identified, most of his photographs were taken in Catalonia and Spain and a few of them near the Alps.

I haven't been able to find the statue anywhere, neither with reverse image search nor by searching for sculpture groups with a chained man. 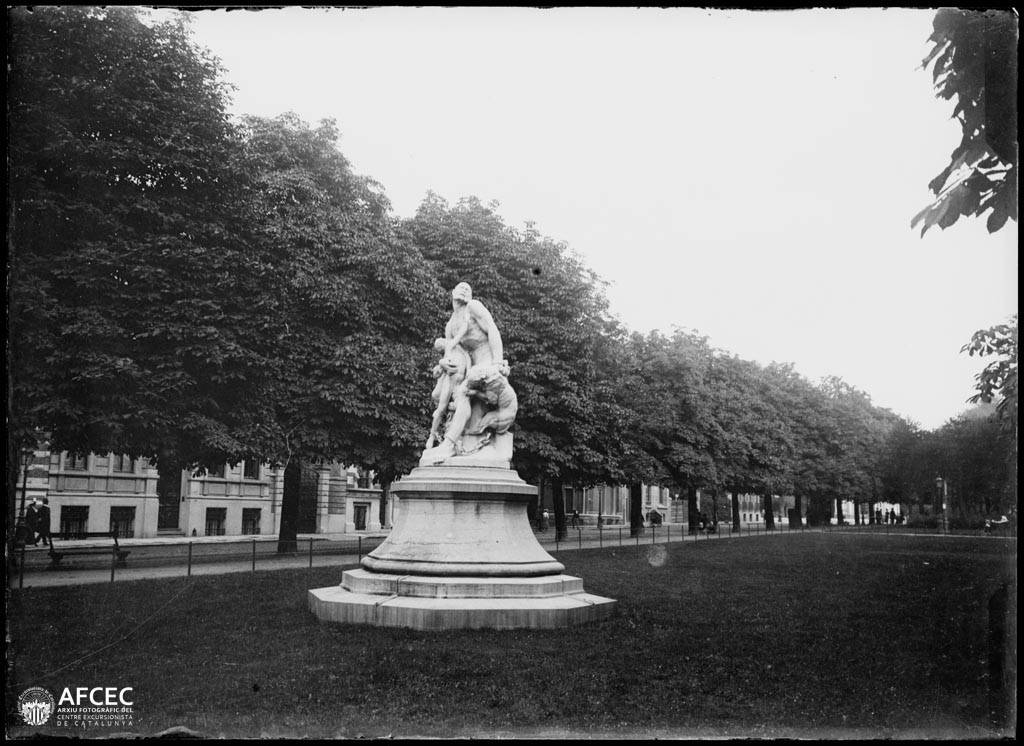 The image and metadata comes from here in Wikimedia Commons and it can also be found in its original location.

I'd like to identify the image in order to properly label it in Wikimedia Commons. Some background information is in a previous question about another image.

This is the Sculpture "Nègres marrons surpris par des chiens" by Louis Samain. In the context of Slavery, the term "marron"French Wikipedia refers to fugitive slaves (cf. the english "Maroons"English Wikipedia for descendants of enslaved Africans in the Americas who escaped and formed free settlements). The sculpture dates from 1895; nowadays, there's an public controversion about it in Belgium.

The is sculpture located between Avenue Louise 505 and Avenue Louise 510, Bruxelles, Belgium, near the Tram Station Legrand. Here's a modern pic from Wikimedia Commons (which even has an own category dedicated to this sculpture): 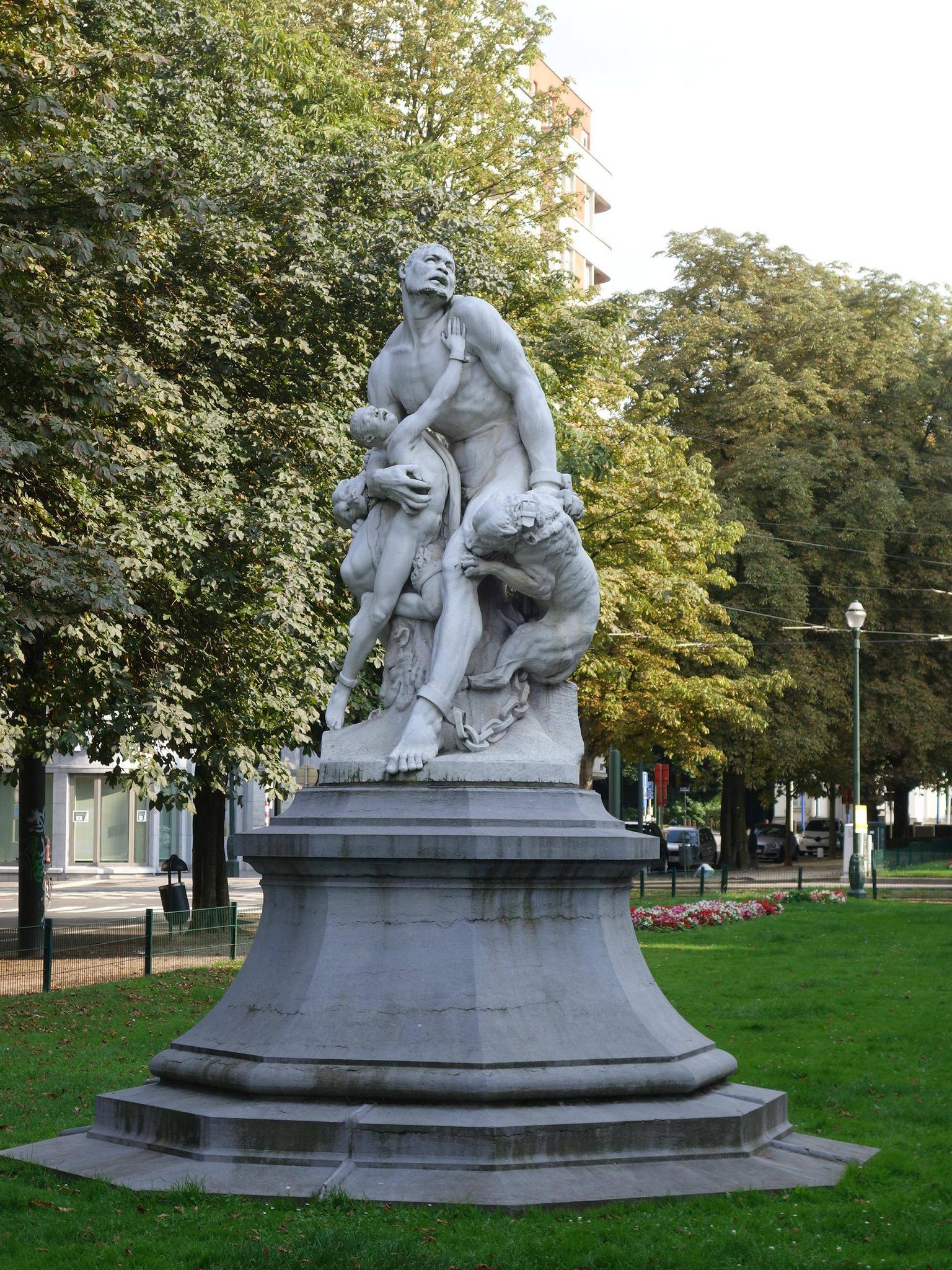 Google has no streetview from the very spot, but the sculpture is visible on this pic: 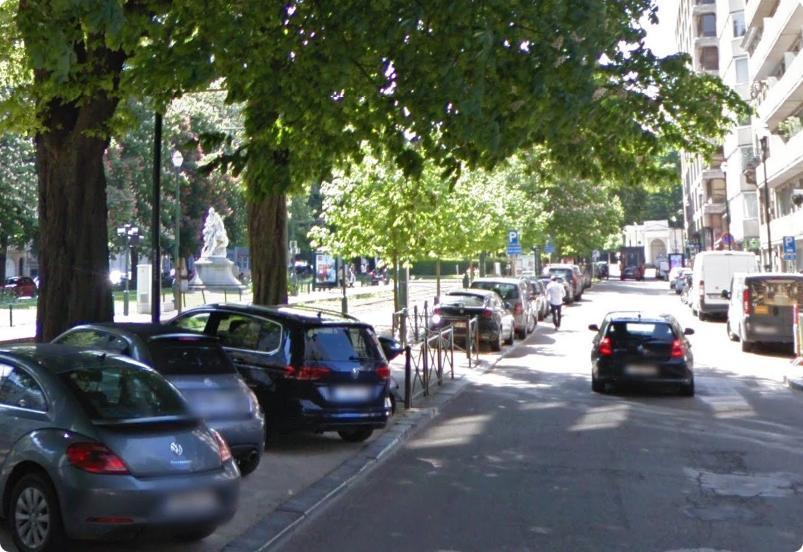 Not the answer you're looking for? Browse other questions tagged identify-this where-on-earth belgium brussels history or ask your own question.

40
Where this picture was taken ~100 years ago?
4
Where is this statue?
4
What is the location of this 19th century photo of the Andes?
56
Where is this tower, likely photographed in Belgium about 100 years ago?
40
Is this image, taken about 1900, actually from Nuremberg?
29
Identifying a Romanesque church in France from a 1900s photo
42
Identifying a church by a lake and a railway line, claimed to be in the Canton of Lucerne
27
Photograph allegedly from Barcelona in 1987