While I am looking for some nice roads in Spain for my next roadtrip, I noticed that the roads there have different numbera A-, B-, N- etc, some of them have even a letter at the end (C-1412a)

What is the meaning of all those letters and numbers? Does a bigger number mean a smaller road? 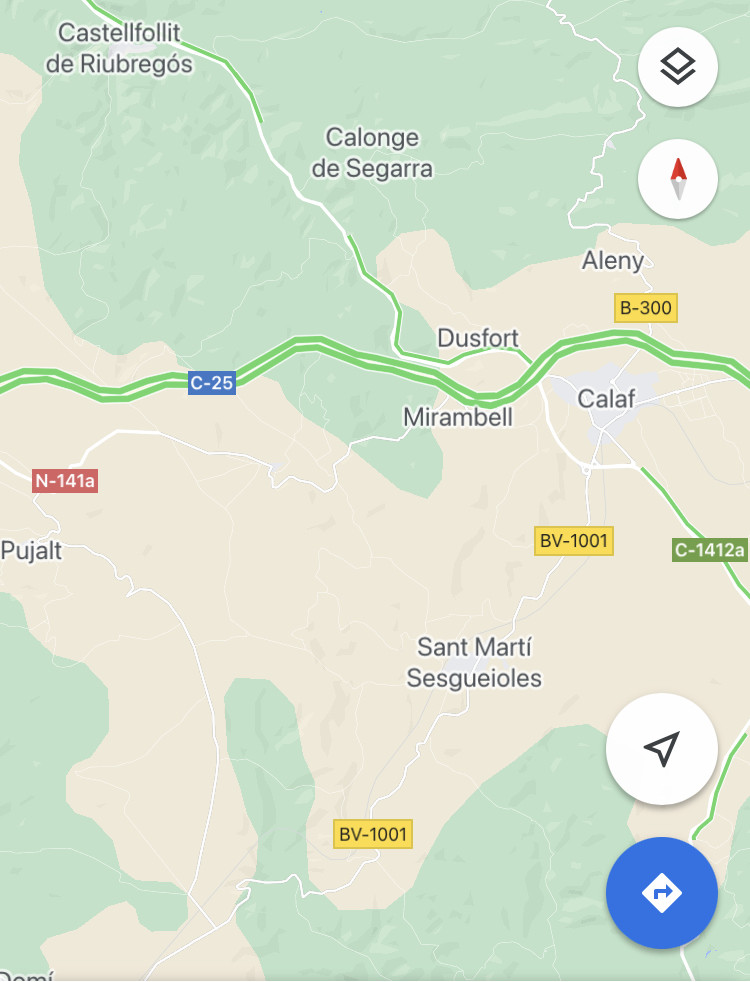 The letter determines the ambit of the road. The number is the identifier. Basically the main roads we have are (ESP):

These are ordered from better to worst, but there are exceptions (i.e. you can find a new secondary road that has better pavement than a nearby national road). Anyway, in general, the roads in Spain are quite good and relatively free compared to other European countries.

In general, if you are finding good/fast roads try to take the A/AP network. If you are looking for scenic go to the autonomic roads, specially those that appears white in Google Maps.

The table comes from roadnumberingsystems (mirror), which gives a more thorough explanation:

14
Travel guides that covers the International E-road network?
10
How far into Brazil can I get with the completion of the Oyapock Bridge between French Guiana and Brazil?
5
If I buy a Renfe ticket online, in what form do I get the actual ticket?
2
Writing a Schengen invitation letter, for Spain from the UK?
24
Is it possible to cross Switzerland without using a vignette?
18
What do these numbers (1, 2, 3) on taxi roofs mean?