Ask Question
Asked 2 months ago
Active 2 months ago
Viewed 1k times
14
Closed. This question is off-topic. It is not currently accepting answers.

I have received this painting from my grandma recently. However, she is unable to identify the location of this painting. Additionally, I am unsure about the name of the painter (lower right corner). I think I know what it is, but I will not add it to prevent priming you guys. Also, if you have any ideas to where I could post this question too, I am open to suggestions! 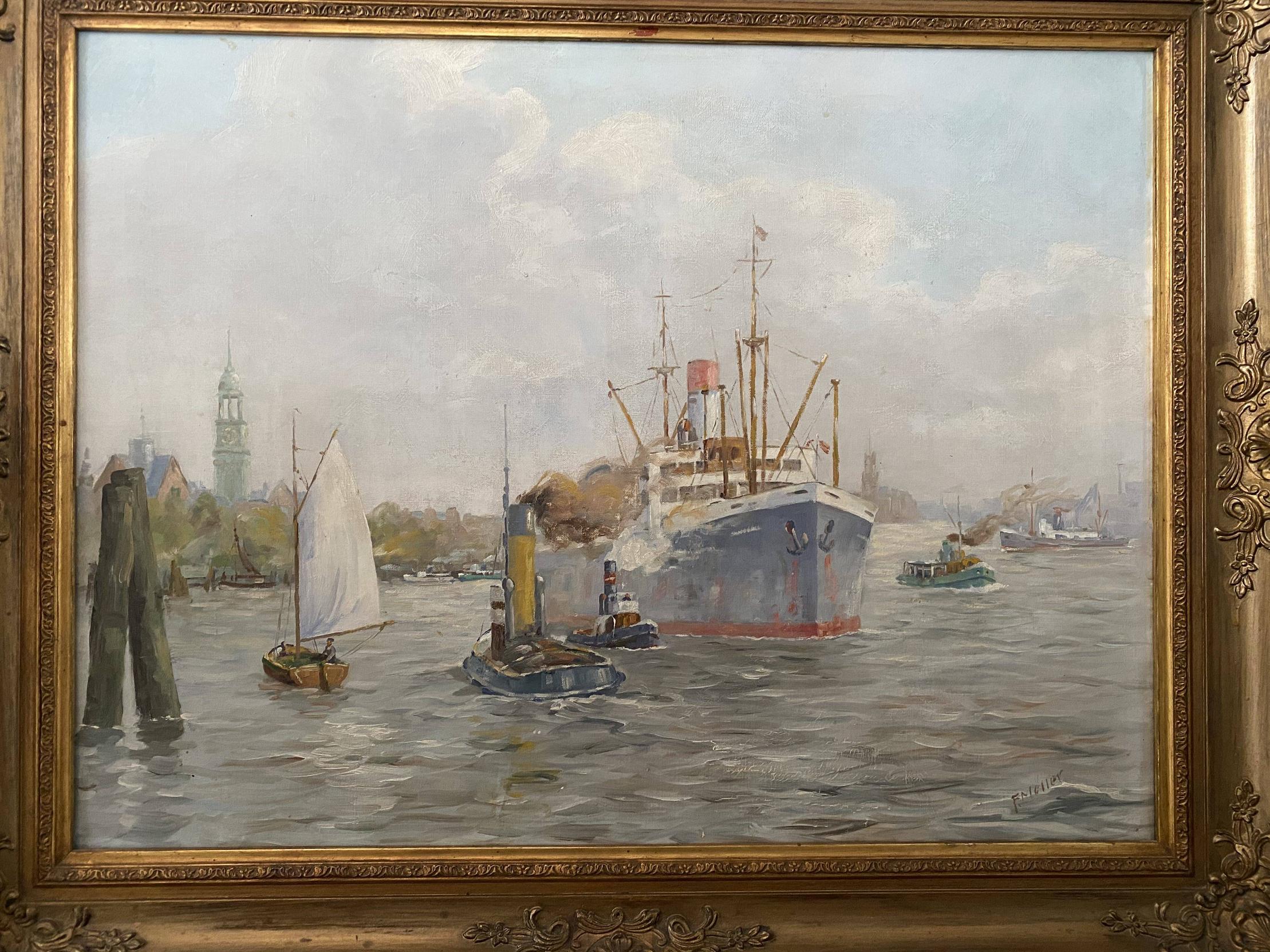 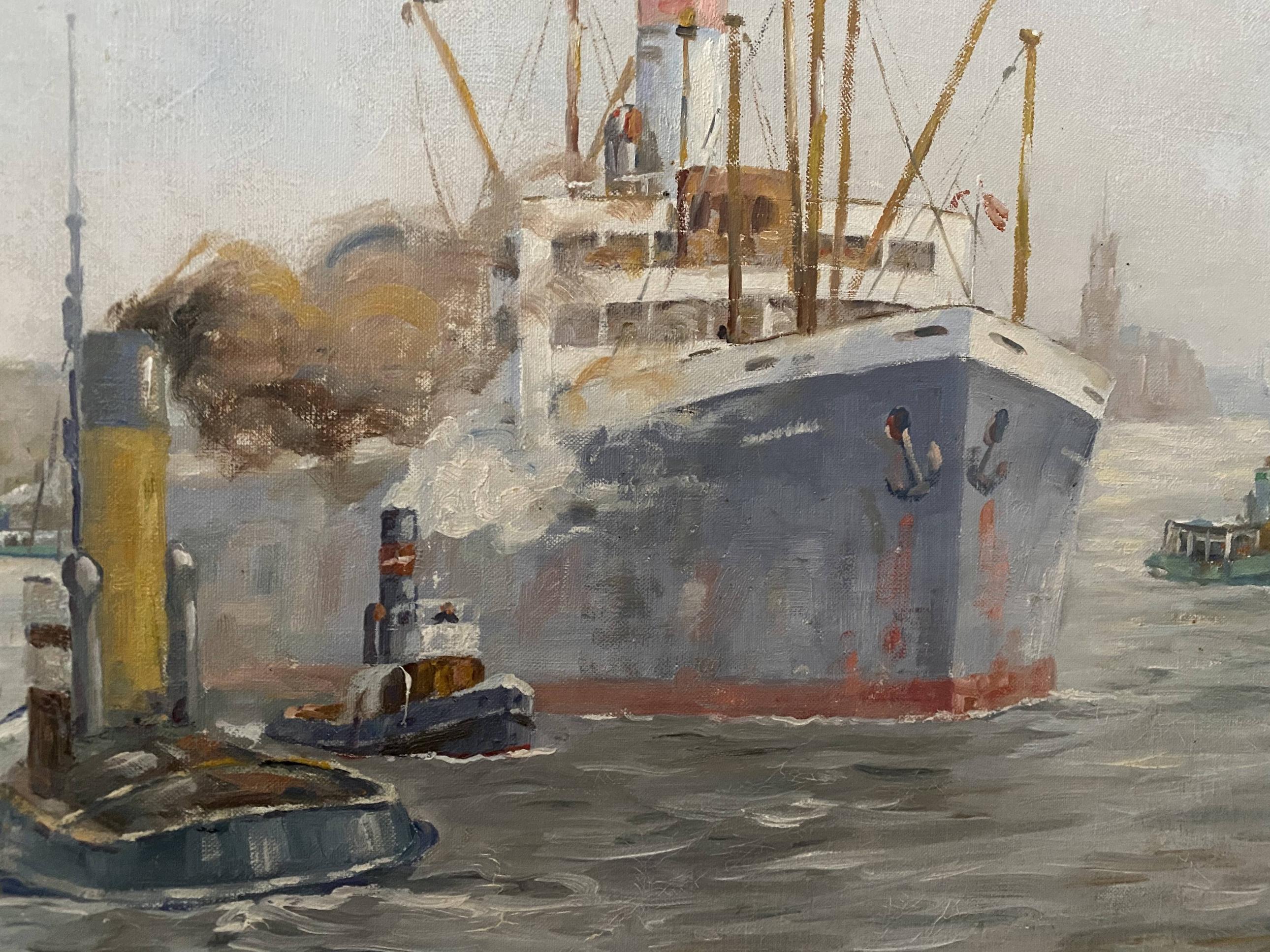 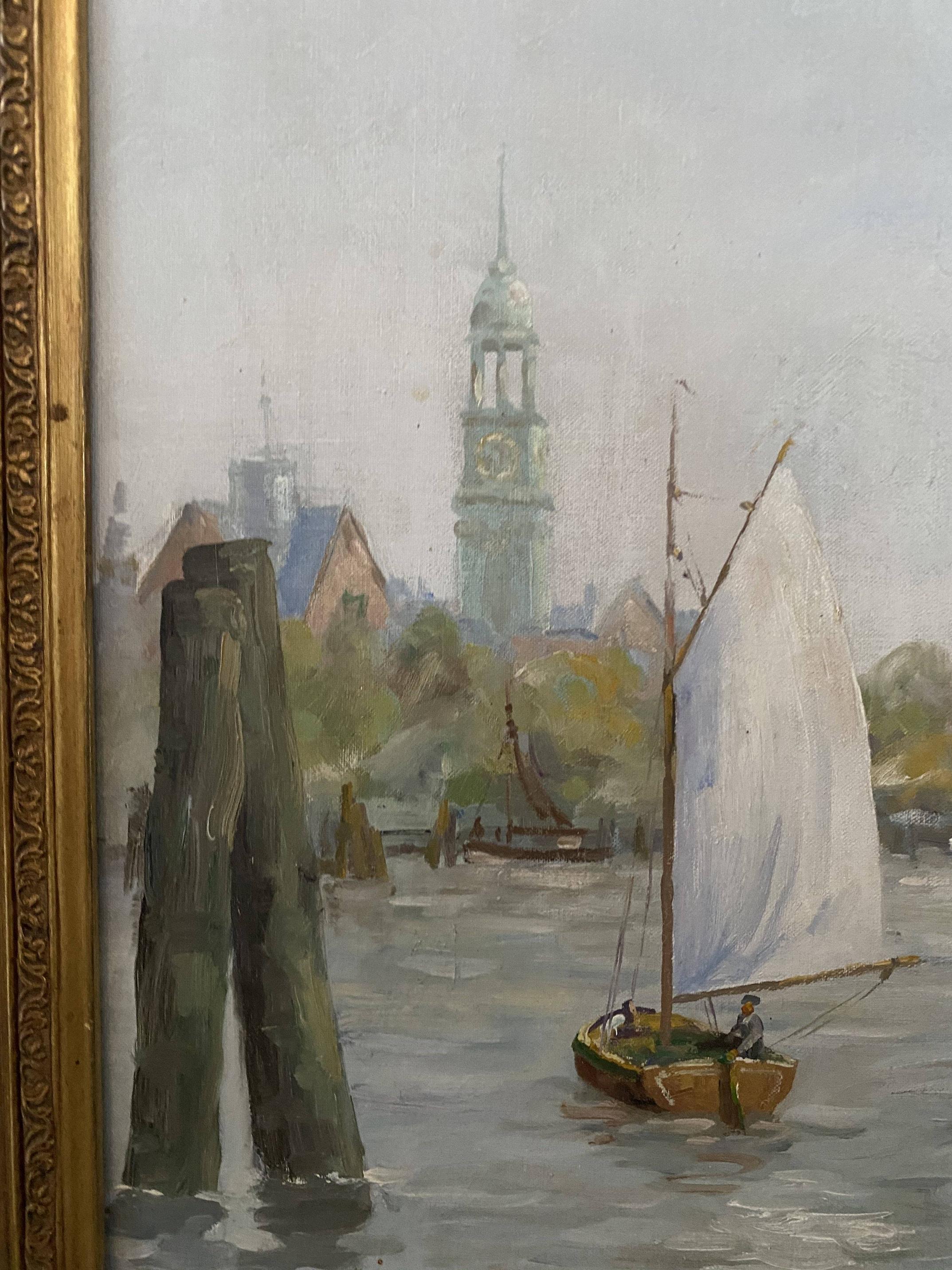 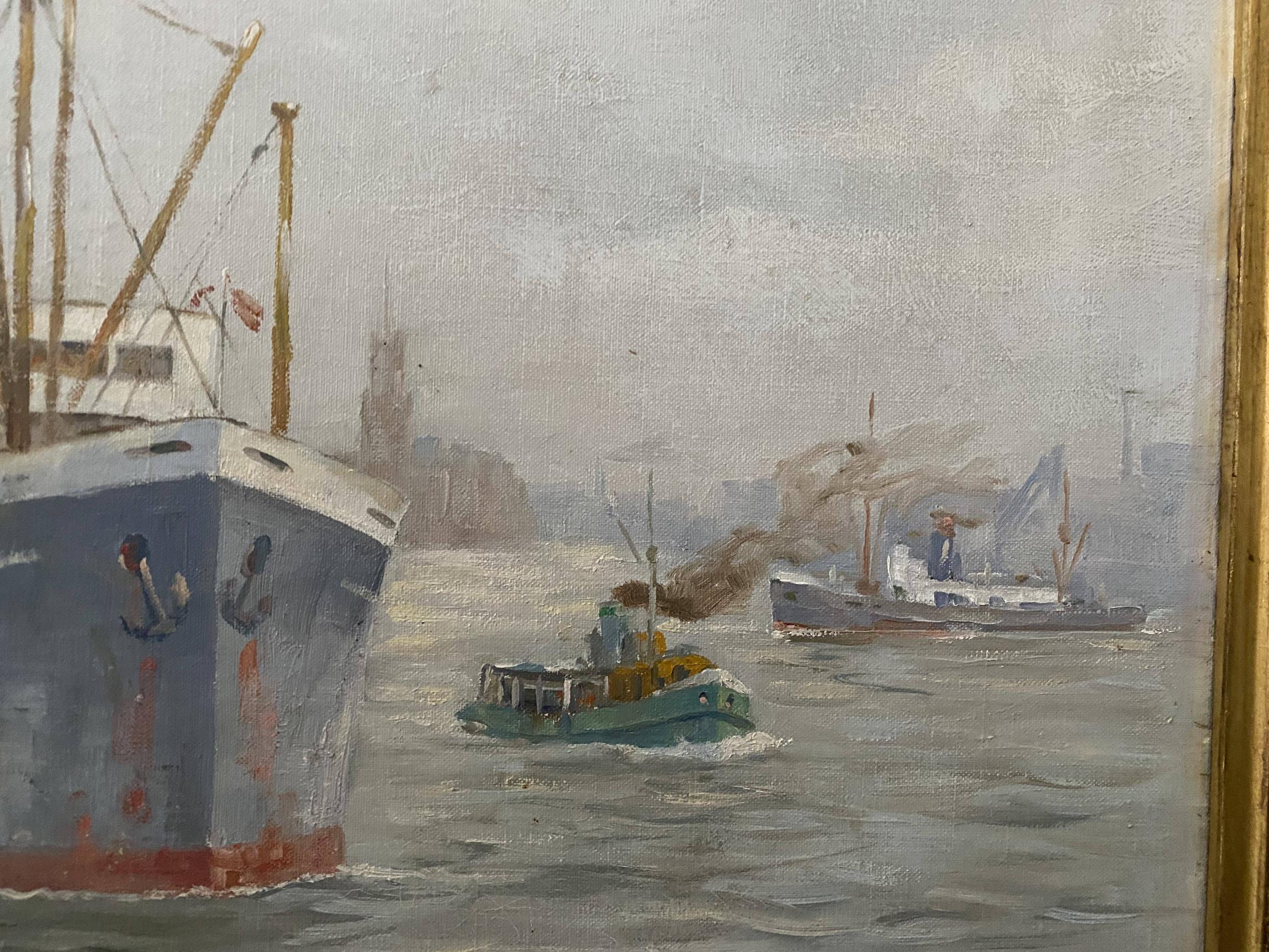 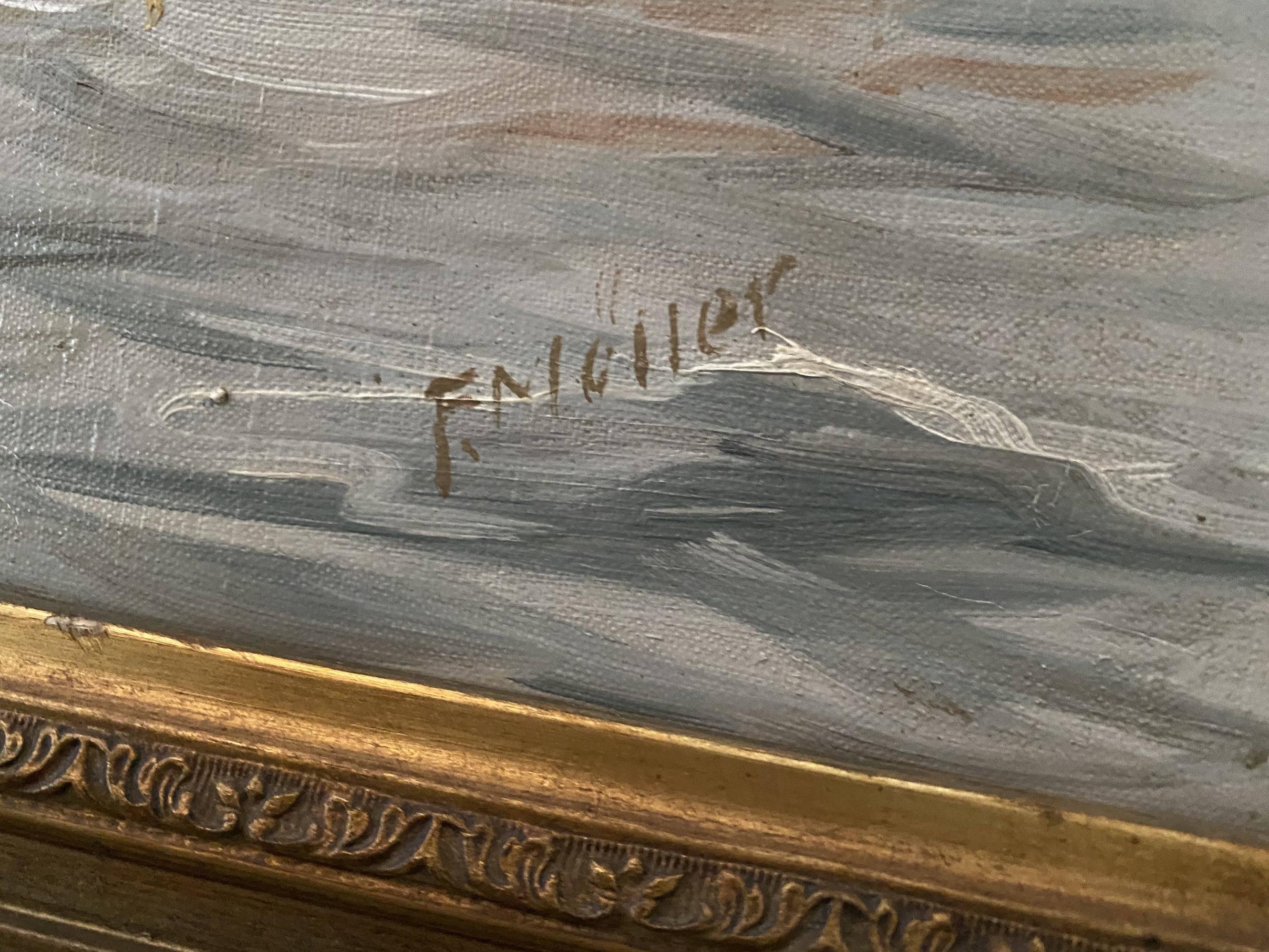 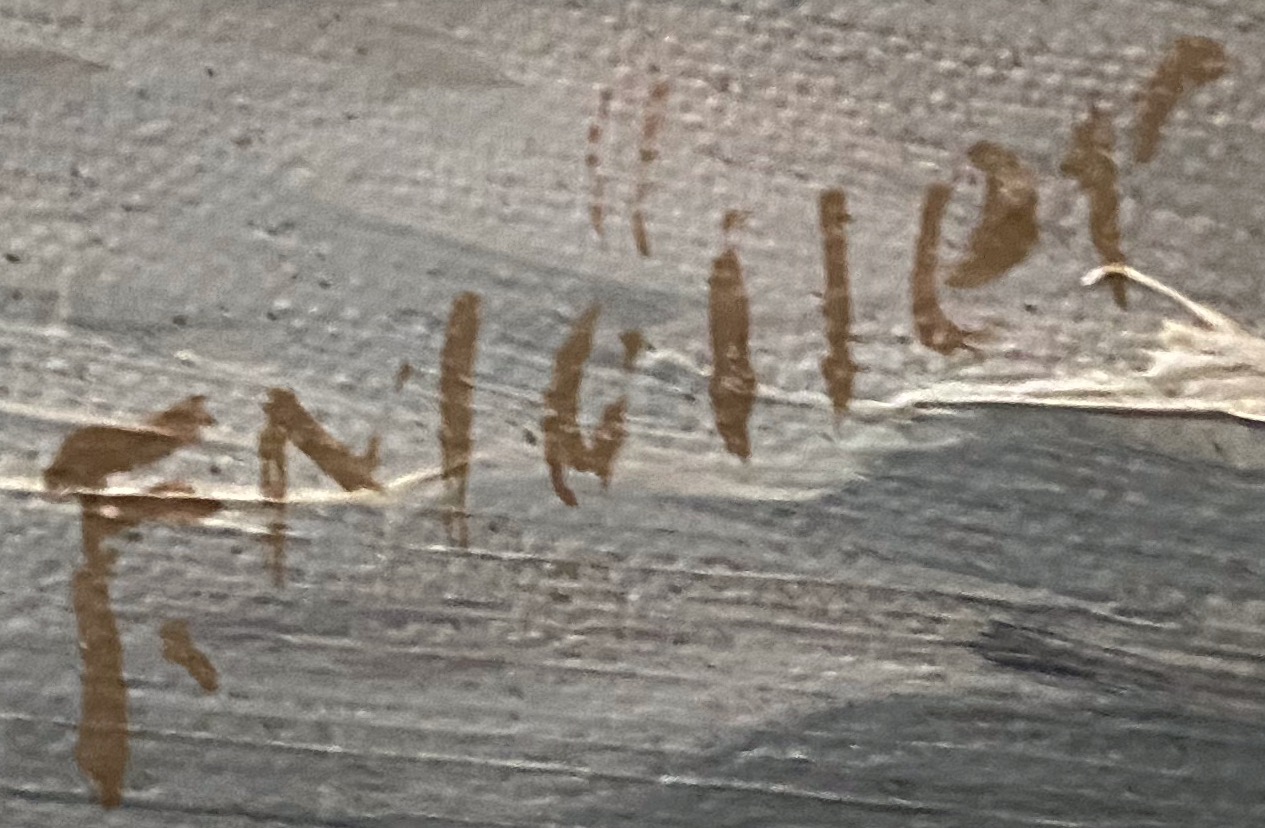 The church tower on the third picture looks like Sankt Michaelis (Michel) in Hamburg. The tower was rebuilt into it's current form after it burned down in 1906 so this dates the painting as being done later than 1906. 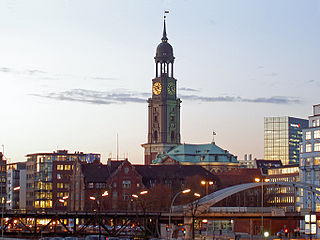 From the comments (thanks @emil):

The name of the artist seems to be "F. Müller". Müller (Miller) is a very common name in Germany, so you might need an art specialist to find out details. Franz Müller-Gossen might fit but seems to have a different signature and a slightly different style, it also could be somebody who hasn't left traces in the Internet.

Not the answer you're looking for? Browse other questions tagged germany identify-this riverboats hamburg or ask your own question.