Where is this Utah triangle monolith located?

This article describes the 'discovery' of a tall metal object with triangular cross section in the Utah wilderness by a helicopter crew. Where is this, and if you wanted to get there how could that be done? It is stated to be "close to" a road though it looks like wilderness.

Though the article does not disclose the location obviously at least a few people know where it is. Perhaps it is visible on Google Maps or something similar that people knowledgeable with the area would be able to use to determine its location.

Furthermore the people who put the object there were able to do so despite having to haul in some equipment etc. so it has to be reasonably accessible.

Here's a photo from the article: 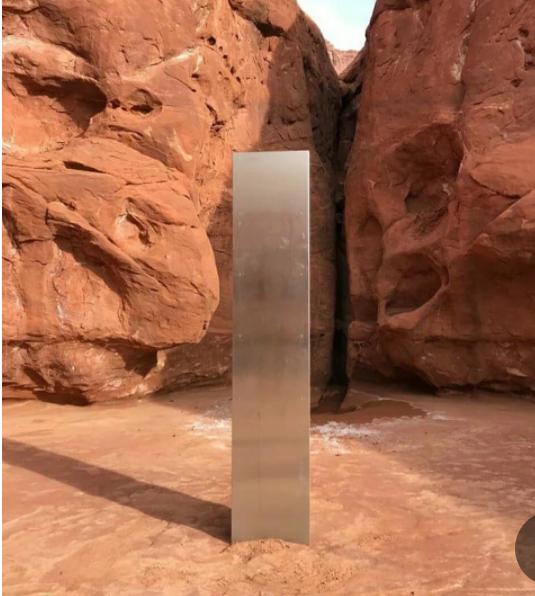 (It is triangular as seen from above, the point is aimed at the crevasse) 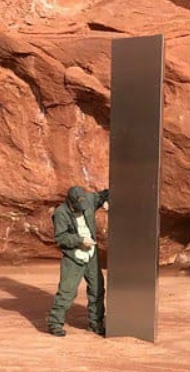 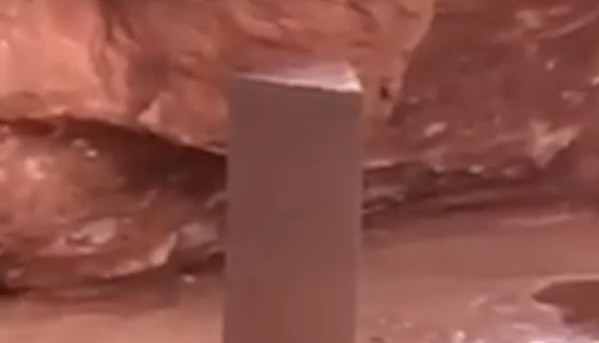 It was a three-sided metal monolith, about 10 to 12 feet tall, planted firmly in the ground

The Art Newspaper observed that the object resembled the “free-standing plank sculptures” of the Minimalist artist John McCracken...

The object was found in a remote area that Aaron Bott, a spokesman for the Utah Division of Wildlife Resources, described as rugged and very rocky, with many canyons and potential hazards. “It’s a tough place to get to on vehicle and on foot,” he said.

There are roads close by, but to haul the materials to cut into the rock, and haul the metal, which is taller than 12 feet in sections — to do all that in that remote spot is definitely interesting.”

The authorities declined to disclose the exact location of the monolith, saying that attempts to visit it could be dangerous. “If individuals were to attempt to visit the area, there is a significant possibility they may become stranded and require rescue,” the Department of Public Safety said.

But the department indicated that the monolith was on federally managed land — Utah has millions of acres of it ...

aerial footage showing the object installed within a red rock canyon suggests that it lives somewhere in southern Utah, which has a distinct topological landscape.

EDIT: The monolith has now apparently been removed. Link. The answer below relates to when the monolith was still in existence. 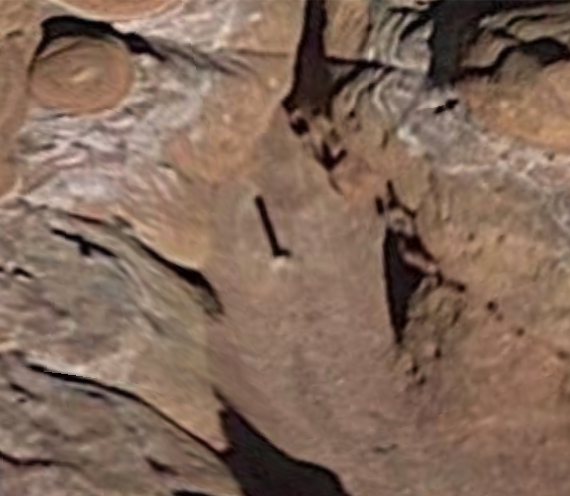 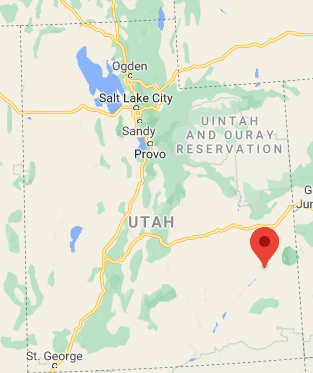 The satellite image on google maps dates back to 2016 and already has this monolith, so its at least 4 years old (as of Nov. 2020).

Taken from some research done in this Reddit thread.

According to a user called Flyingclaydisk on Above Top Secret, who claims he knows the area well, it would be very difficult and potentially dangerous to reach.

Well, let me be clear, this location is not something mobs of people are going to be able to do. This is an extremely rugged and remote desert area with some brutal terrain. When I say it would be "easy" to get there I'm talking about 'easy' for a highly experienced off-roader with specialized off road equipment. John Q. Public in his Buick ain't gonna' get anywhere near this place! Just getting to the general area is difficult. It is very, very, remote. Moab is the nearest town, and this location is about 17 miles south of Moab. But that 17 miles is as the crow flies. It's probably 65-70 road-miles there, over some serious terrain even to just get to the dirt road I used as my starting point. It would probably take the better part of a day to get there from Moab. And you'd probably have to plan on making it a two day affair.

Bottom line, I wouldn't expect any crowds showing up anytime soon. I wouldn't have posted such detailed information otherwise.

ETA - Oh, and this is all State and Bureau of Land Management owned land (i.e. government). I'd have to look, but it may even be National Forest / Park land.

ETA 2 - However, now that you've mentioned this, I should probably include a disclaimer. To anyone considering going to this location, understand you do so at your own risk. Ensure you have a clear understanding of both the terrain, and the desert environment. Both can be deadly! Weather and conditions can change in an instant. Specialized four wheel drive vehicles would be mandatory along with experienced operators and spotters. A 2nd vehicle would also be mandatory as would winches, recovery and extraction gear (jacks, straps and hardware), air compressors and comprehensive first aid kits. Cold and extreme weather is also a possibility, as are flash floods possible at any time. Complete roll cages on all vehicles are minimum requirements. Be aware of your surroundings at all times, and always be prepared to move uphill quickly through planned escape routes. There are limited to no communications (cell phones, etc.) in these areas.

("The Bureau of Land Management (BLM) is an agency within the United States Department of the Interior responsible for administering federal lands.")

EDIT: According to this video from Youtube user HeavyDSparks, it's already been visited en masse complete with close-up video footage. They've used a helicopter to get there.

EDIT2: We may also have a clue now as to who is responsible. This photo was very recently uploaded to Wikipedia:

The Exif data checks out as photo taken in May 2016 [in review it seems the Exif data is merely incorrect though].

Not the answer you're looking for? Browse other questions tagged where-on-earth extreme-tourism utah artworks or ask your own question.