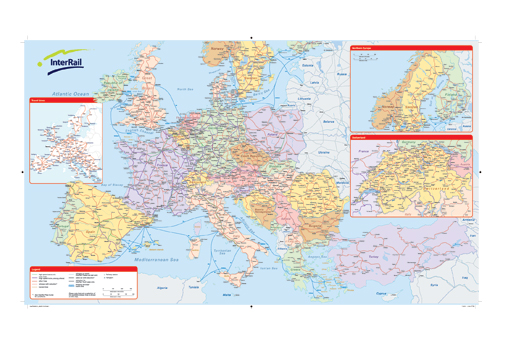 2
Looking for a site that shows major european train routes and their speed/duration
29
Driving through every country in Europe
28
Is there a list of online public transportation planners?
13
How can I get the best deal from DeutscheBahn when travelling to other countries in Europe from Frankfurt?
8
Where can I find resources on minimum transfer times for Swedish stations?
9
What are the relevant passenger rights in case of international train travel in Europe?
4
Are there any tool/sites I can use to plan my route?
2
How to buy tickets for country to country within Europe
2
Scandinavia and the rest of Europe in July

8
Is there a month when everyone goes on holidays in Balkans?
11
Is it too far to go to Eastern Europe on a 5-6 week holiday if I land in Paris?
1
Buy flight tickets in advance or just in time for a multi-city trip in Europe
21
How can I tell hotels exist that aren't on the booking web sites?
7
Petrol price comparison in Europe. Which resources are there?
3
Is this SNCF train more crowded on a weekday or weekend?
12
Shipping vehicle from US to Europe