How can we know ahead of time (= before going to the airport) how much time it takes to reach to a boarding gate after passing security?

How can we know ahead of time (= before going to the airport) how much time it takes to reach to a boarding gate after passing security and passport check?

Reaching the gate can take quite some time (up to 15 minutes in the example below taken from BKK airport, and I believe I've seen more in some other airports), so the information could be useful to help decide at what time one should arrive at the airport, especially if a medical condition makes it difficult to walk. 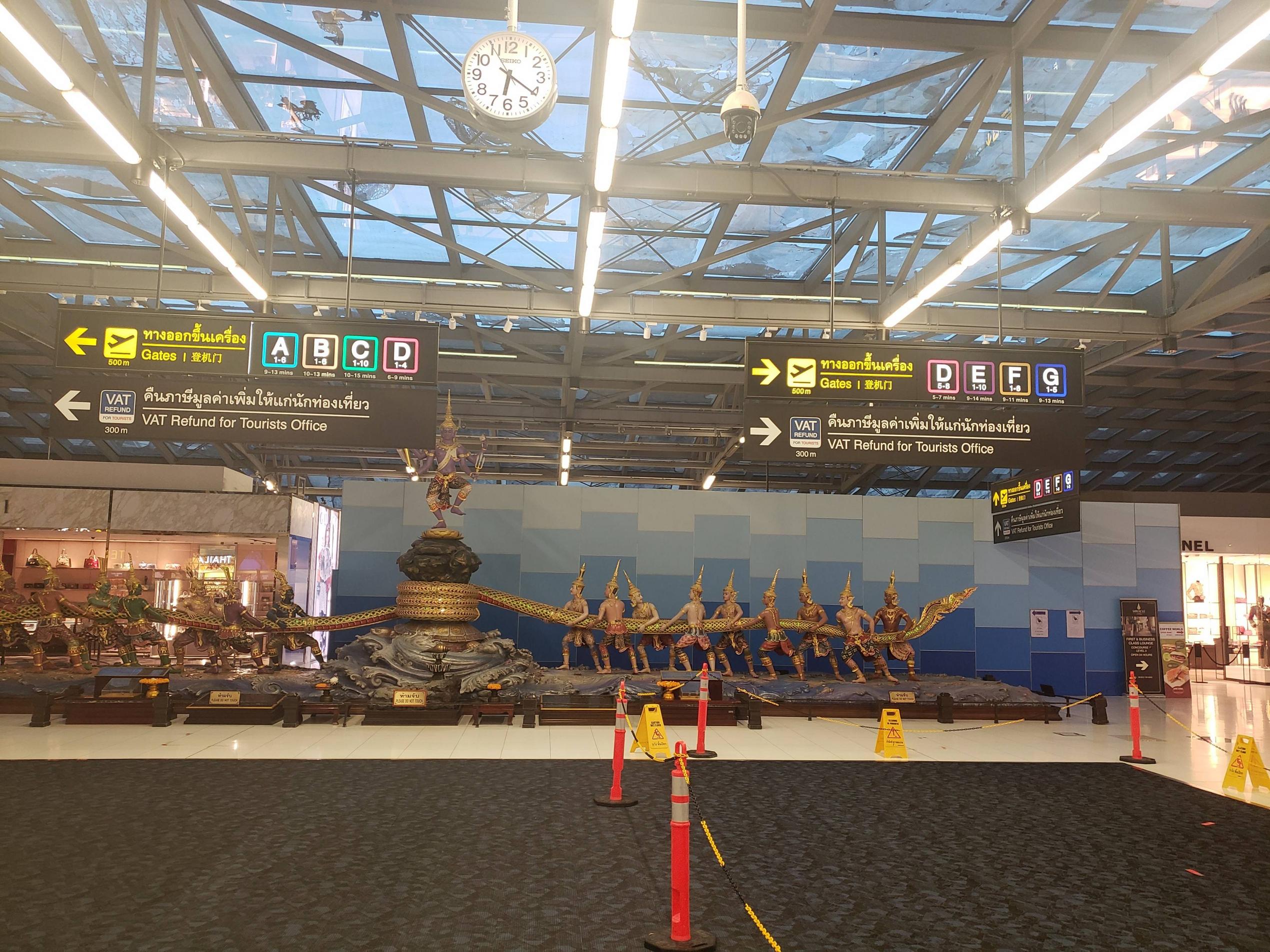 Most (or maybe all) airports will have published reviews including how long it takes to walk to the gates, often it is also on the airports own website.
From experience, in some airports it can take up to 20 minutes, with normal walking speed, to some of the gates in several of the airports I have used, in some cases more, I think I remember 40 minutes for an exceptional gate where a people mover was involved.

Those airports where the gates are not announced in advance the time between the gate coming up on the board and the start of boarding can be very short, sometimes the moment the gate comes up onto the board you need to rush to make it before the closure of the gate if you are in a far away one. (Often those do get an earlier announcement but not all the time.)

If you need more time because you can not walk as fast as the average person, do ask for assistance at the airport. Often that will involve getting you to the gate by wheelchair or with a (golf)buggy, other times it may be that you are given the gate information earlier so you get extra time to walk.

Some airports do give the gate information well in advance. When I check in less than 24 hours before the flight, my local airport, AMS, Schiphol, (Amsterdam airport, the Netherlands) usually gives gate information. This can be changed and in exceptional weather conditions many flights will get a gate change, but it will tell you which part of the airport you need to be. This is an airport with only one building, but divided in several terminals build together, mostly flights are not moved from one 'terminal' to an other, mostly not even from one pier to an other. There is no promise, in exceptional conditions, exceptional measures may be needed.

So your best bet is to be early, the 3 or even 4 hours before the flight the airport and airline advises you. It does not hurt to sit around in an airport, it does hurt to arrive with just enough time and find that the distance takes longer than you had planned.
Even more so if one of the company (or more) like shopping at airports. I have seen many people pay and run, to catch (or miss) their flights.

Some airports/airlines publish the check-in time without baggage. You can use it as reference. Note: sometime you find the information hidden in the website of the airport (in the yearly report or in any case, hidden in quality assurance data).

You may also check the check-in time limits, and remove 15 minutes. This gives you an approximate time, assuming you know the airport, and you are not in rush hours (but if you have priority queues). but do not quote this. I gives you this trick without warranties. It worked for me (but many years ago, not i tend to have more relaxed travel, so I go earlier at airport [and I avoid the first few flights in the morning]).

Not the answer you're looking for? Browse other questions tagged airports timetables or ask your own question.

8
Is there a way to deduce the departure time of a flight from the boarding time?
11
How can I find the arrival gate for a flight?
26
Why is security screening done at the gate in some airports?
3
Are airport security and check-in times from the US applicable to Australia and New Zealand?
6
How can you know if an airport has a decent shopping area after security?
5
What do the gate staff do before boarding?
23
Can one get into trouble if one doesn't show up at the gate 30 minutes before departure (or whatever time window the boarding pass is indicating)?
5
Can you leave Taiwan airport after going through international security?
0
How can I know ahead of time in which aisle the check-in counter will be located at the airport?