What do CLD and CLR stand for on a delivery certificate (“attestation de remise”) when getting a new French passport? 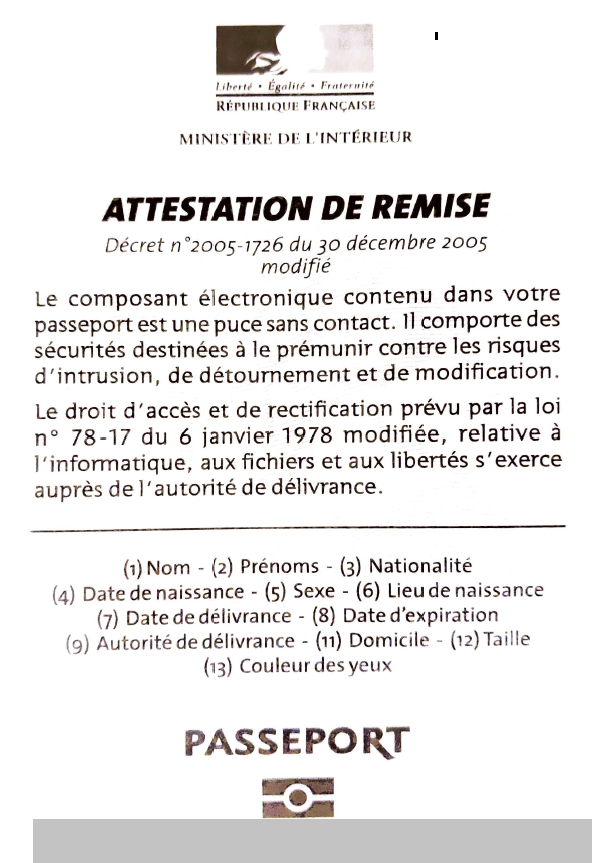 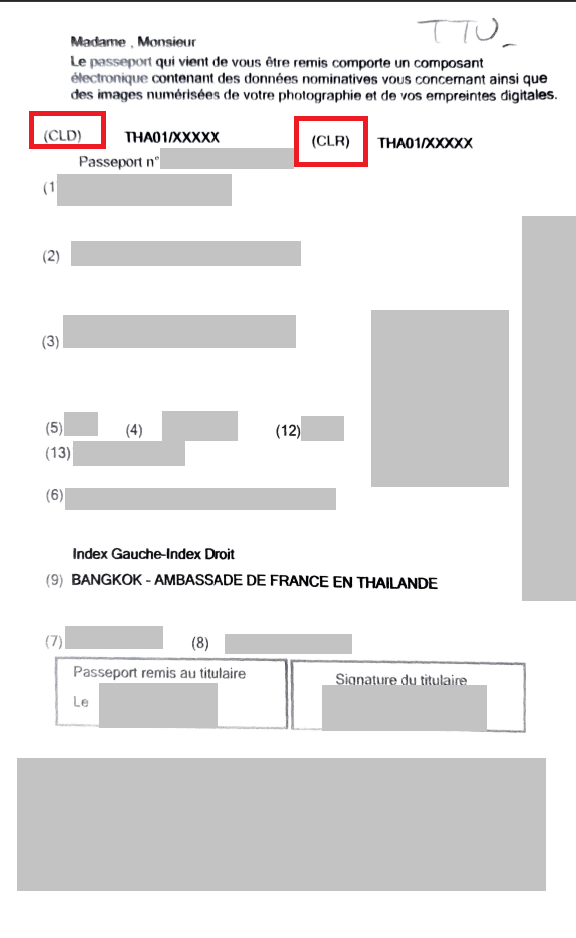 I don't have any official source or reference for this, but it's easy to guess that they are location identifiers, probably the place where you made the application (CLD: Code Lieu de Demande maybe?), and where you will get the passport back (CLR: Code Lieu de Remise?), usually the same.

On yours the code is THA01, which probably means TH = Thailand, A = Embassy (Ambassade), 01 is a sequence number obviously not used for the embassy but probably used for consulates.

Other examples seen on the web use 5-digit numbers which are probably postal codes, INSEE codes, or other similarly derived identifiers, as the first two digits are the number of the département which matches the place of delivery.

All in all, it does not seem to affect you in any way. The CLR is "translated" in clear in item (9) on the attestation de remise, and is also likewise present on the bio page of your passport under Autorité.

Not the answer you're looking for? Browse other questions tagged passports thailand terminology bangkok french-citizens or ask your own question.

2
Using a citizenship certificate as a proxy passport to enter new home country
4
Going on a cruise in 7 1/2 weeks, but my passport is expired, and I don't have a birth certificate with a seal. What are my options?
3
Two short stays days apart in Thailand (British Passport)
12
What does BSCT stand for?
2
What does “WBCI SSR” stand for?
1
How can I provide a proof of domicile readable in French to renew French passport as a US permanent resident, US domiciled, and currently in Thailand?
7
When I enter the US, should I show my old or new passport to the US immigration? Or does the US immigration only look at my US green card?