Recently I moved to Zürich, Switzerland. Today I bought this travel card because I will occasionally travel from Zürich to Brugg due to job. I want to know which places other than Brugg I can visit with this travel card, but it is being impossible to find some map of Switzerland and all the zones. I only found the zones close to Zürich.

I don't think there are any "SBB zones".

This is not an SBB zone or ticket. It's a Z-Pass travelcard. Z-Pass is a grouping of several unified fare networks around Zürich's ZVV: 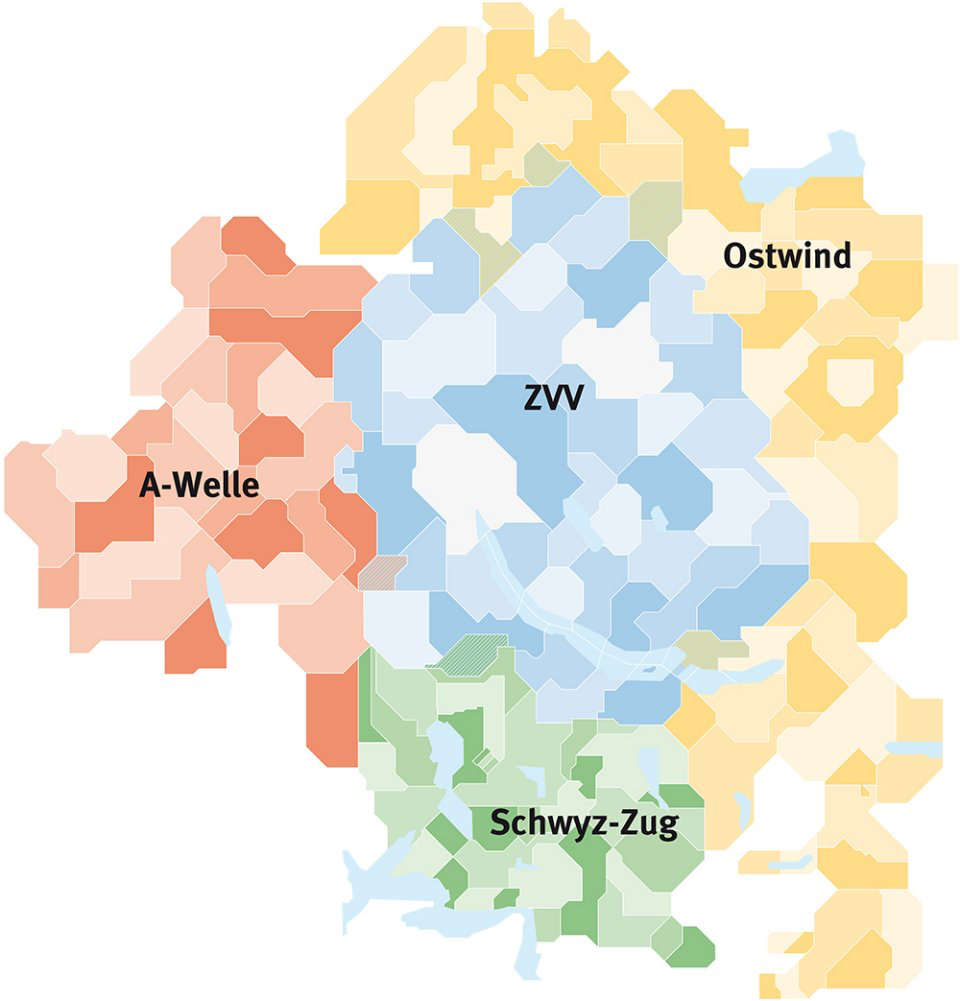 Each of those fare networks/regions cover public transport in their respective regions, usually operated by many different companies using many different means of transport (trains, buses, trams, boats, cable cars...). SBB is just one operator among many.

Your travelcard is valid for parts of both Zürich's ZVV and part of A-Welle which is the region around Olten, Aarau, Baden.

Here is the full area which can be covered by A-Welle-ZVV travelcards: 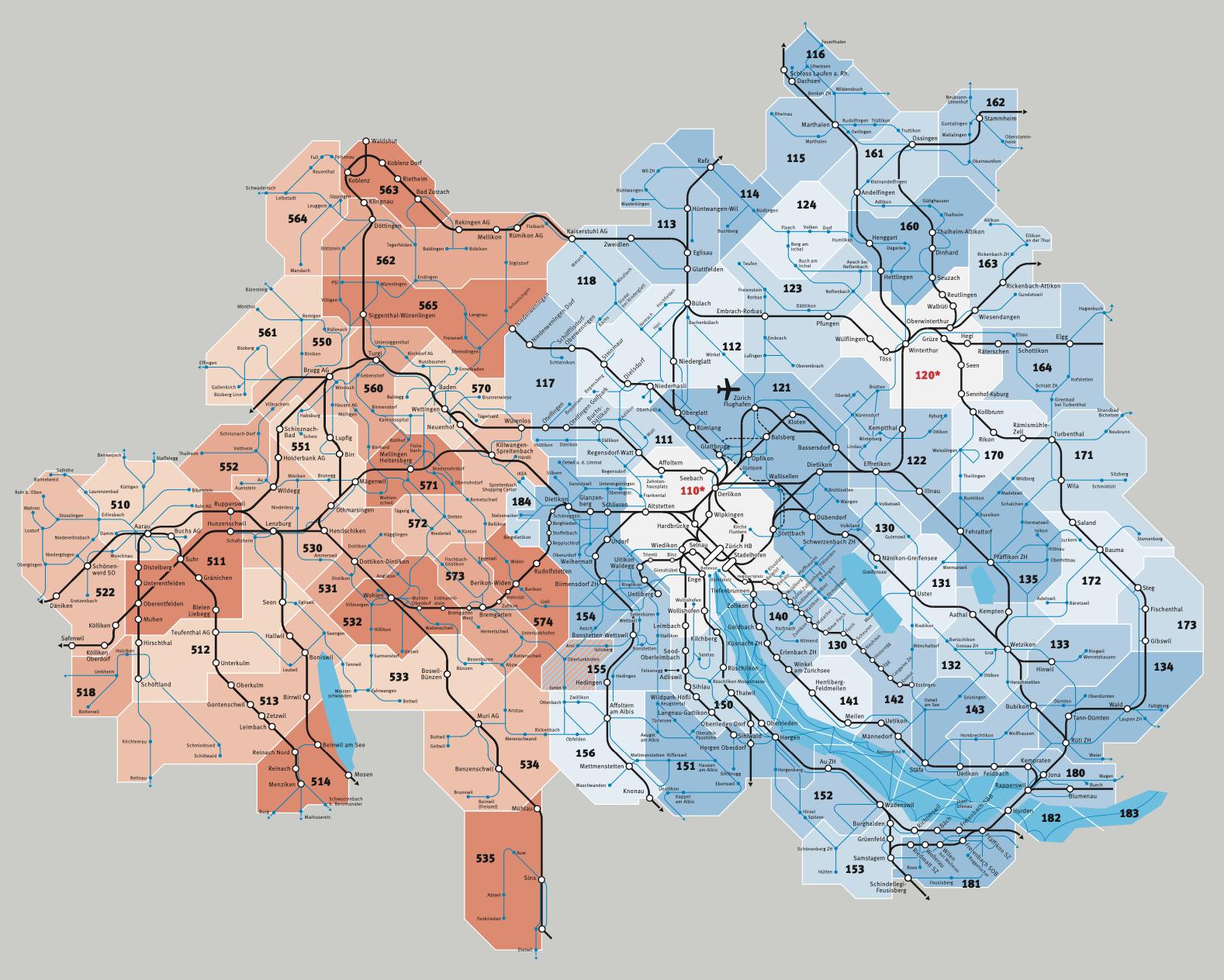 (click the image for link to the high-resolution PDF)

Note that it does not cover the westernmost part of A-Welle (around Olten), for instance.

However, your specific travelcard only covers a limited number of zones which are listed on the travelcard, which if I'm not mistaken gives roughly this: 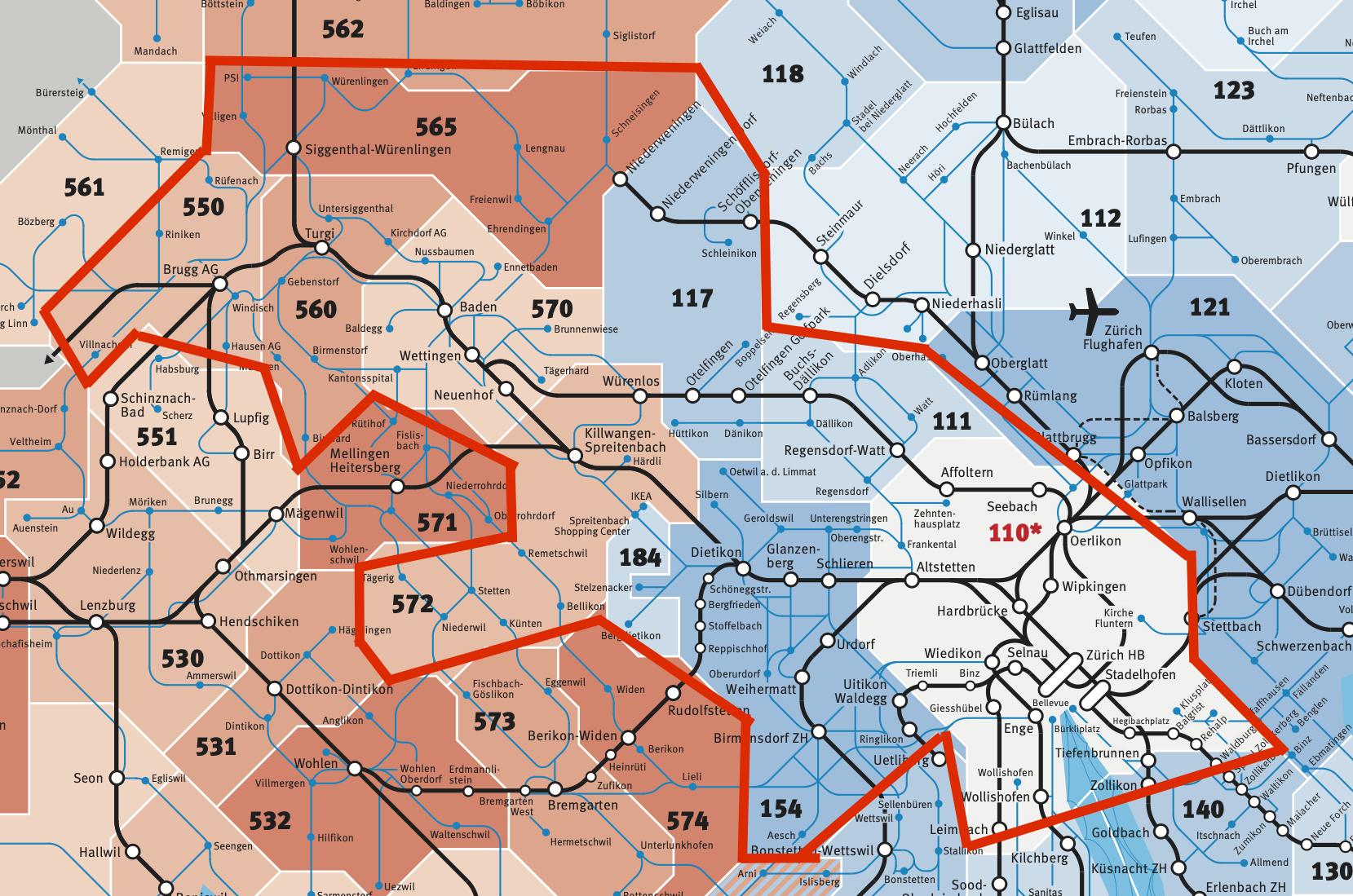 I believe the Zonenplan Z-Pass should cover the zones of your pass. (also part of this brochure - page 8 in the PDF, labeled 16/17 on top)

From what I can tell, the zones of interest for you will be in the red and blue sections.

A map that covers all of Switzerland is something I'd appreciate too. Unfortunately, that's being made quite difficult because of the fragmentation due to the various regional transportation companies, as well as SBB and Postauto which operate nationally. It's particularly frustrating because all the data behind it is actually published as OpenData at https://opentransportdata.swiss/, but I've not yet seen someone create an easy to read / navigate map from it.

The closest I know is SBB's Trafimage map with the layer "Fare networks map" / "Tarifverbundkarte" activated. It covers different fare and transportation networks / operators across the whole of Switzerland, but it's rather coarse, and not very easy to read if you don't already know your way around. No way to overlay it over a topographic map for example.

Not the answer you're looking for? Browse other questions tagged public-transport switzerland or ask your own question.

4
A website that would find me a train from Basel (Switzerland) to any city, and then to Berlin for the lowest cost
4
How can I find the canonical validity map/area for a UK train PlusBus ticket?
6
Swiss Travel Pass
10
Where to buy/top up public transport tickets in Lisbon?
11
How or where can I buy a MOBIB Basic card?
5
What's the logic behind the the organization of Hamburg's bus transport into "rings"?
7
Does the exact form for a Covid test matter when entering Austria?
19
May a cyclist or a pedestrian cross from Switzerland to France near the Basel EuroAirport without going into the airport?