Ride hailing options in Crimea as of summer 2020

It seems that Yandex.Taxi does not have coverage for Crimea, and I doubt Uber or Gett cover it given the complex legal situation involved.

However, people have to get around. What are available options there? Do Maxim/Saturn/etc work in Crimea? Are they any good? Let's focus this question on resort destinations mostly, Simferopol - Eupatoria - Sevastopol - Yalta - Alushta - Feodosiya.

Any services with an app which support ride hailing? Failing that, anything which may be reliably called via phone? What are the options available at the booths of SIP airport?

It's been a while since I was in Creamea last time, so this information can be outdated.

From airport you can depart in these ways:

Bus tickets offices are in the luggage area of the airport, so you can search for a ride while waiting for your bags. Prices as of February, 2019:

Note that these are prices for luggage-free trip, for the bags you'll need to pay around 10% more. Also, depending on the destination, buses have different schedule, sometimes only 1-2 trips during the day. Also note that nearly all the buses stop their trips after 22 (10 PM).

You also may find the schedule here on official site of the Simferopol airport, but this link is also in Russian. Red buttons there lead to the bus schedule on tutu.ru - Russian aggregation site for the tickets, including bus tickets. For some trips you even can buy a ticket online!

Second option is to find an official taxi, there are two stands, in luggage area and near the bus ticket offices, it looks like this: 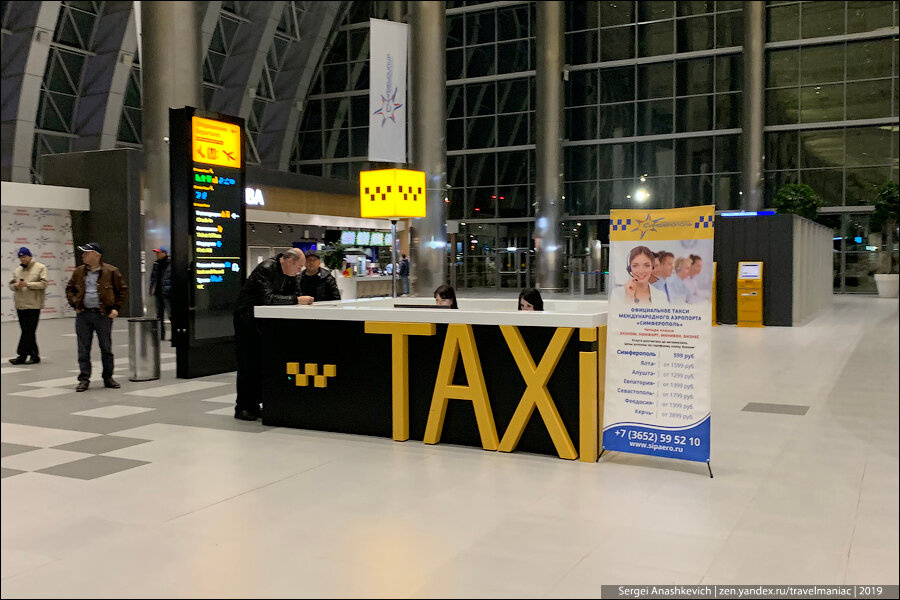 starting from means that these prices are for an economy class car, so, if you need a larger car, it'll be more than that.

City taxi are slightly cheaper (around 10-15%), but you'll have to wait for a car (which, probably, can "unexpectedly" disappear right in the momnet:), there are some options in Google, I've never used any of them, so I wouldn't provide any links here.

The last option to ride is to use the wild taxi, but you definitely need a russian-speaker in your company, as the foreighners will attract too much attention. Remember that in this case it will be a really ride-sharing, as the prices will be for a passenger, and they will be high (depending on how you'll bargain for it :), so this is a last resort for you. 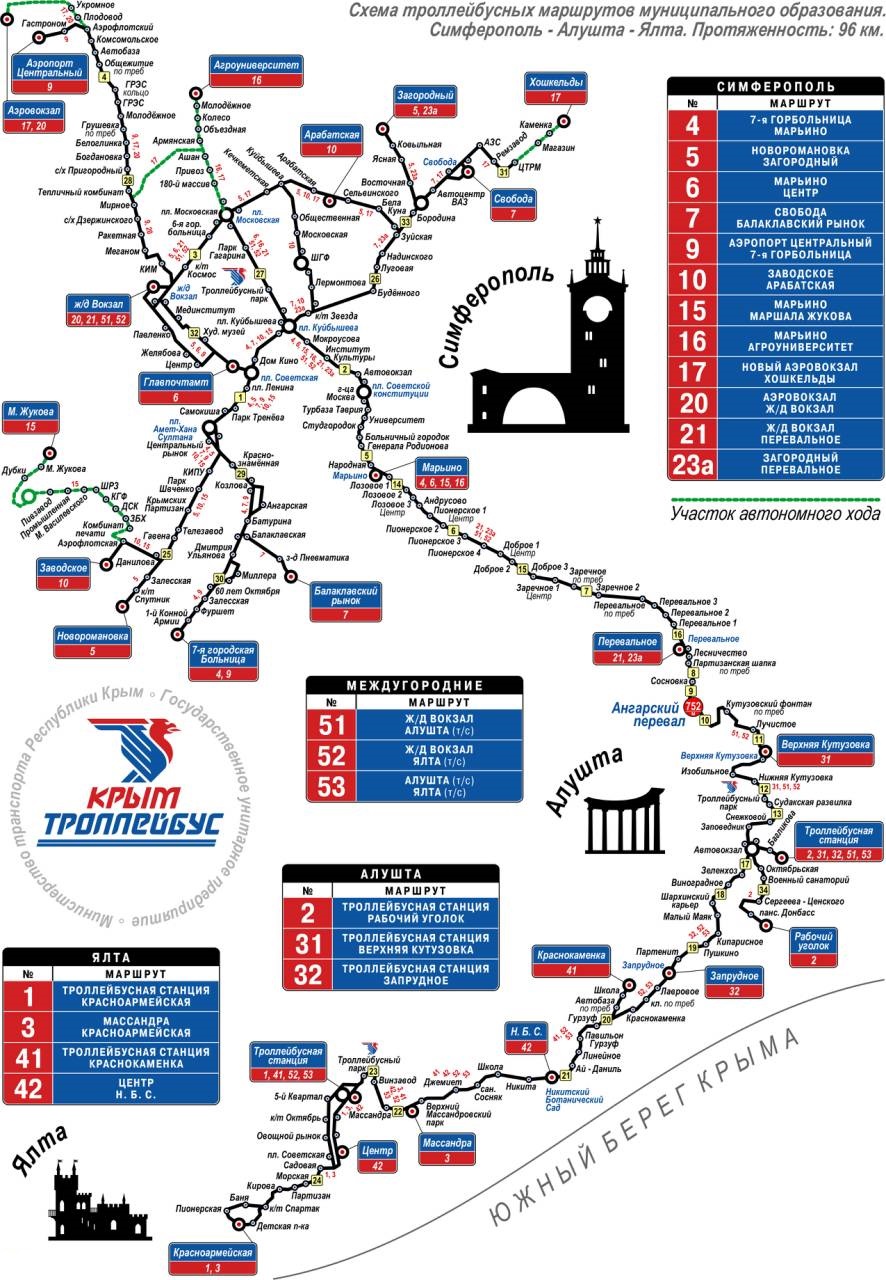 Managed by the public transport company Krymtrolleybus, it was built in 1959 in the Ukrainian SSR as an alternative to extending the railway line in Simferopol over the mountains to the coast. It opened in two parts: Simferopol–Alushta in 1959 and Alushta–Yalta in 1961. The journey time to Alushta is about ​1 1⁄2 hours, to Yalta about ​2 1⁄2 hours, and the fare is about 15 hryvnias (since March 2014—58 rubles).1

It passes through the Crimean Mountains across the Angarskyi Pass, reaching 752 metres (2,500 ft) at the highest point, then descends to the resort town of Alushta on the coast.1 The remaining distance to Yalta is 41 kilometres (25 mi) and winds around the mountains above the sea.

So I have found out about Shark Taxi. 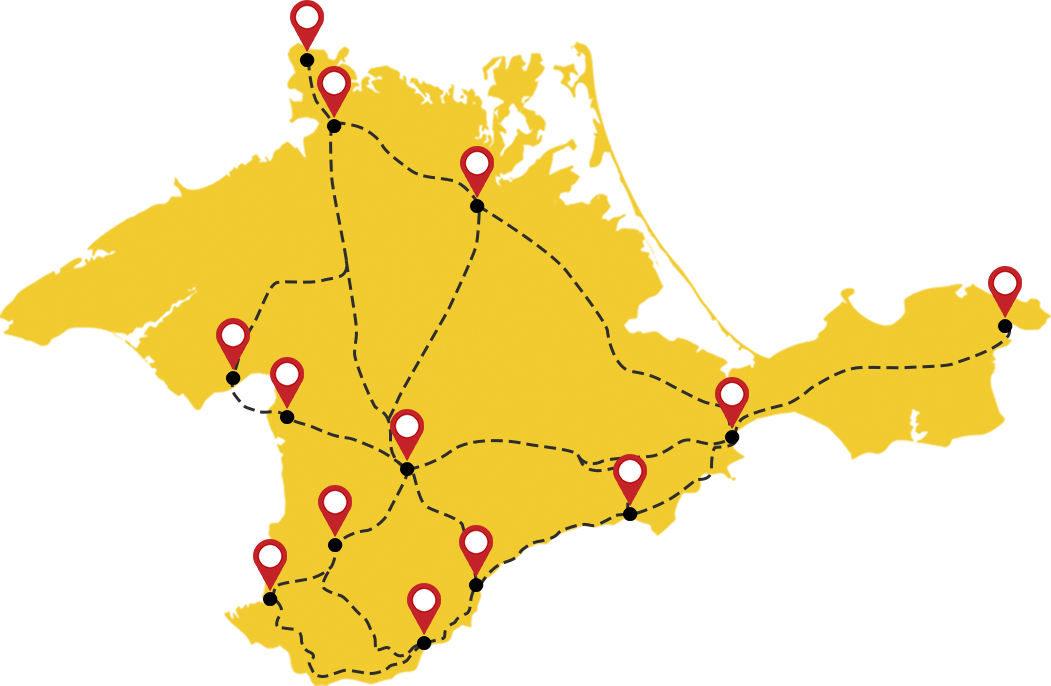 They have an app which looks like a standard ride-hailing app (kind of light on address recognition, but all the expected functionality is there).

Of course, I did not try calling an actual cab with it, but it will quote prices for Crimean routes which look genuine:

The confusing part is that they seem to have two websites. I would like to hear more about this. They all link to the same app so both seem genuine.

It turns that Taxi Maxim does also work, as witnessed by the following ads, but with a quirk: 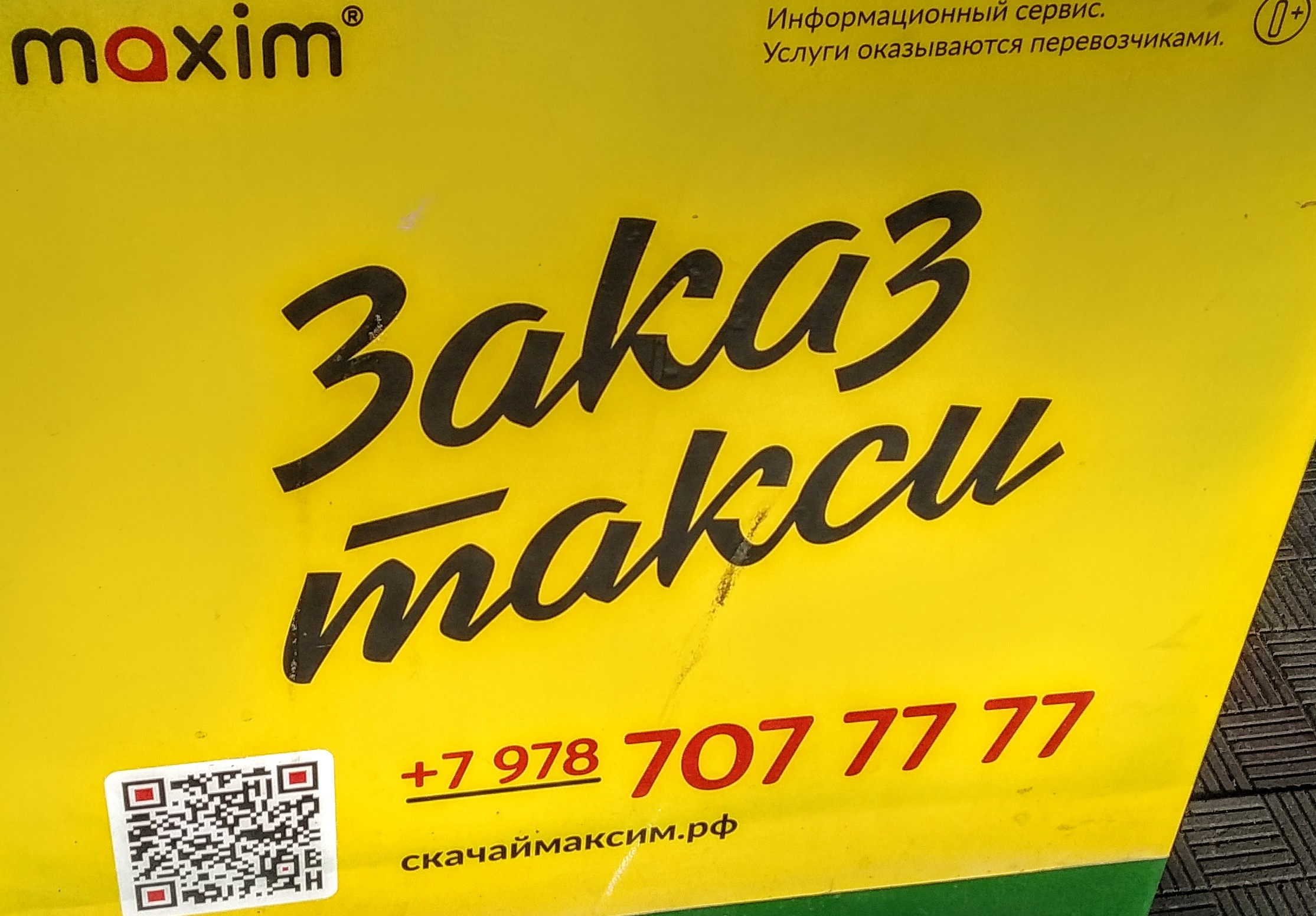 If you download Android app via app store, it will not list Crimean cities neither it will quote prices, but, if you download an .apk from https://скачаймаксим.рф/ - it will auto-detect location in Crimea and quote prices.

Not the answer you're looking for? Browse other questions tagged russia taxis ukraine ride-sharing crimea or ask your own question.

6
Ride-sharing in Sweden?
57
If I've visited Crimea, what country do I list on my customs declaration form?
13
Are U.S. Citizens prohibited from travel to Crimea?
23
Are there still any trains from Kiev to Crimea?
22
What are the options of getting from Ukraine to Crimea (and vice versa) after 2014?
7
Border Controls Between Krasnodar and the Crimea
5
Flights from Georgia to Crimea?
9
Consular assistance for Australians in Crimea
14
I am going to Crimea from Russia. Will I be able to visit Ukraine later?