Where's this pond and waterfall in Yosemite National Park? [closed]

Ask Question
Asked 8 months ago
Active 8 months ago
Viewed 249 times
1
Closed. This question is off-topic. It is not currently accepting answers.

I stumbled this at r/earthporn. 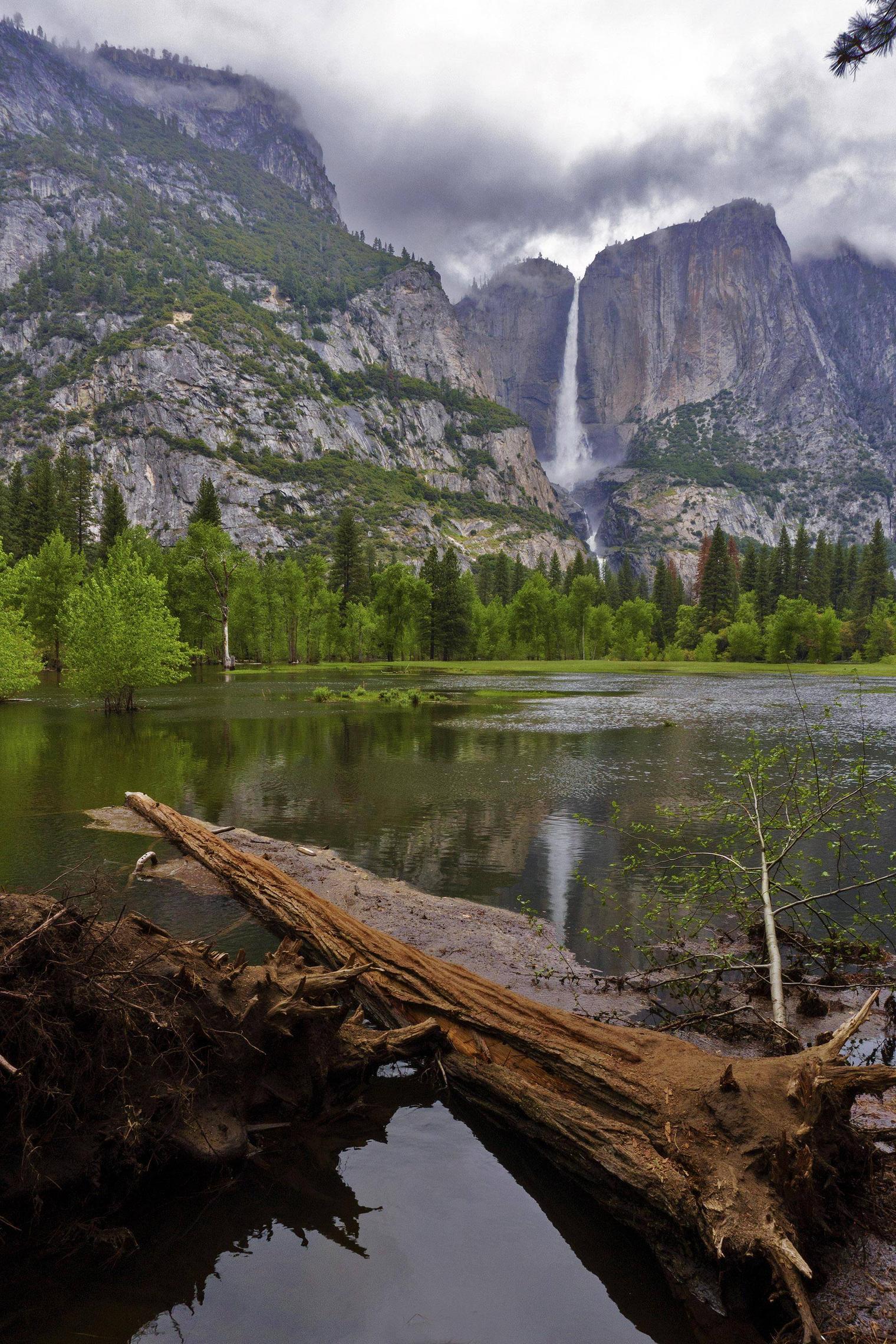 The falls are Yosemite Falls, by far the most popular falls in the park.

The "pond" isn't a pond at all, but instead a flooded meadow along the banks of the Merced river that runs through Yosemite Valley. During period of either heavy rain and/or heavy snow-melt it's not uncommon for the meadows along along the Merced to flood which is clearly what's happened here as there are no "ponds" or lakes of that size anywhere near the point where this photo was taken.

Based on the aspect of the falls, I'd say that this photo was taken somewhere around the "Swinging Bridge" (which, oddly enough, doesn't swing). If I had to guess I'd say this photo was probably taken in either April or May, but it could be a month either side depending on the weather at the time.

Not the answer you're looking for? Browse other questions tagged identify-this yosemite or ask your own question.