What is this island in the South China Sea called?

There are a number of islands in the South China Sea that don't have names on Google Maps. There's a list of islands here but this is like searching for a needle in a haystack.

I also found another satellite picture from Microsoft, but it was too blurry.

I was hoping somebody could identify the island or at least tell me the purpose of it. There are what look like lighthouses, two fields, a helipad, and some other unusual spherical landmarks. 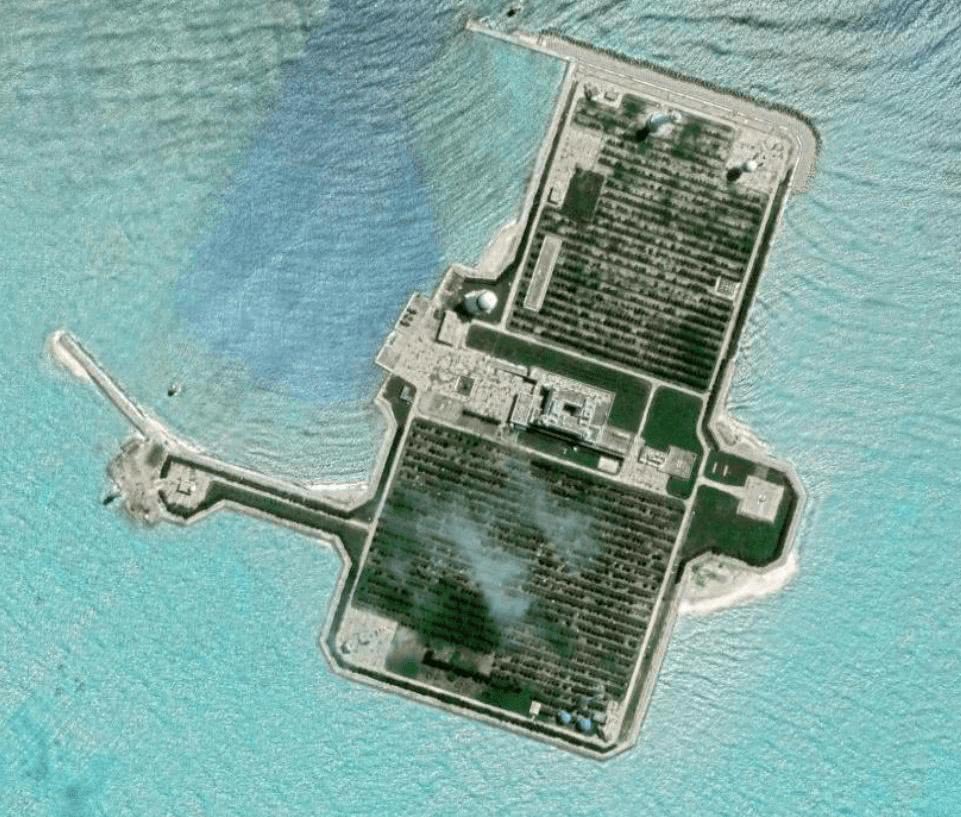 This is called Cuarteron Reef in English.

It is one of several reefs in the South China Sea that were enlarged and built up around 2015-2016 as part of a land reclamation project by the People's Republic of China. The structures are apparently of a military nature, including radars and possibly missiles.

The land is also claimed by Taiwan and the Philippines.

It seems unlikely to be a good travel destination at this time. 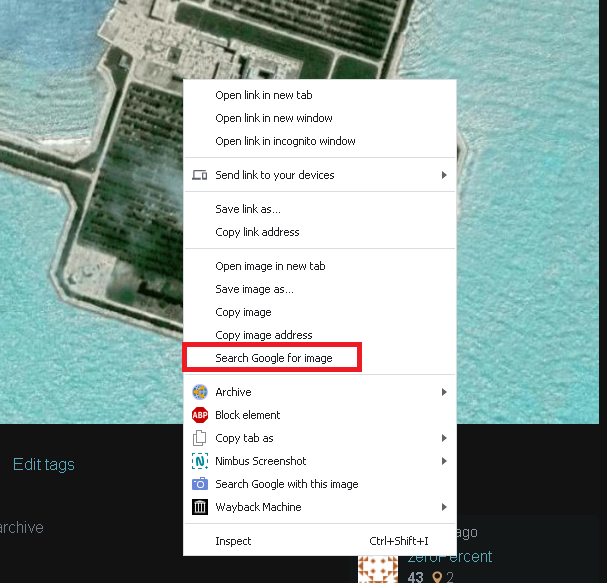 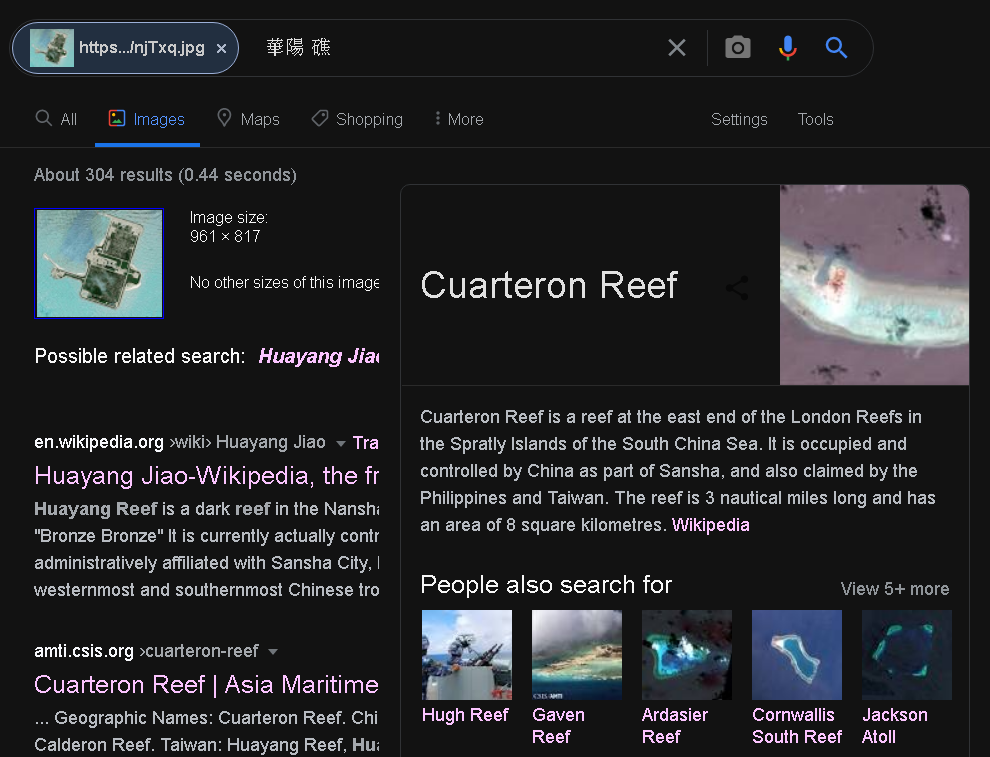 If using a web browser other than Google Chrome, go to https://www.google.com/search?tbm=isch and click on the camera icon:

Not the answer you're looking for? Browse other questions tagged china identify-this islands or ask your own question.

6
What is this monument in Tallinn called?
9
Possibility and price of getting to Lord Howe Island by sea?
9
What is this formation on sea, seen from the air?
9
How to travel by sea (ferry / boat / ship) between China and South Korea
3
What is this sweet, thick, soy-sauce-like condiment in China?
8
Where on earth is this? (Apricot, cherry and azalea blossoms in South-West China)
4
What is this mountain next to the Semmering railway called?
4
Where is this beach in Prince Edward Island?