Identifying a Romanesque church in France from a 1900s photo

I'm trying to identify this building: 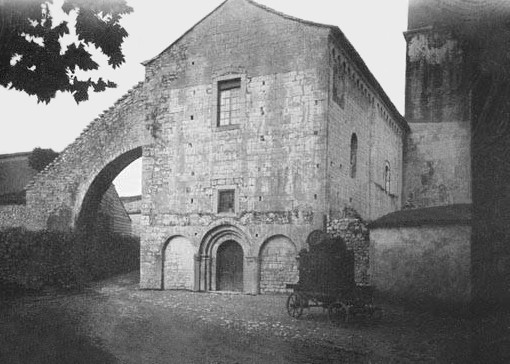 For completeness, this is the unrestored uncropped version:

According to metadata, the image was taken in 1900-1910 and it is captioned as "facade of a building with a Romanesque entrance" and the location is stated as "France", with a "Bassignac" listed as a possible location.

I have checked images of churches from Bassignac (Cantal) and the whole Cantal with no results. I have also tried the two other villages in France named Bassignac.

From other images in the collection we know that the photographer traveled to Carcassonne and Paris, but also into southern Germany and Switzerland and in northern Spain up to Galicia, although most of his photographs were taken in Catalonia - however I don't expect that building to be in Catalonia because it would likely be already identified and because we have very few large Romanesque buildings.

The image can be found in Wikimedia Commons or at its original location.

For details about my motives to identify the building, please read the end of the first question in this series - today's one is the third one and I'm afraid this is getting harder as it goes.

This is the Église Saint-Nazaire-et-Saint-Celse de Brissac, Herault, Occitanie (Google StreetView). The front has changed, the two rectangular windows seem to be bricked up; their former location is clearly visible on the modern images (different colour of the bricks). 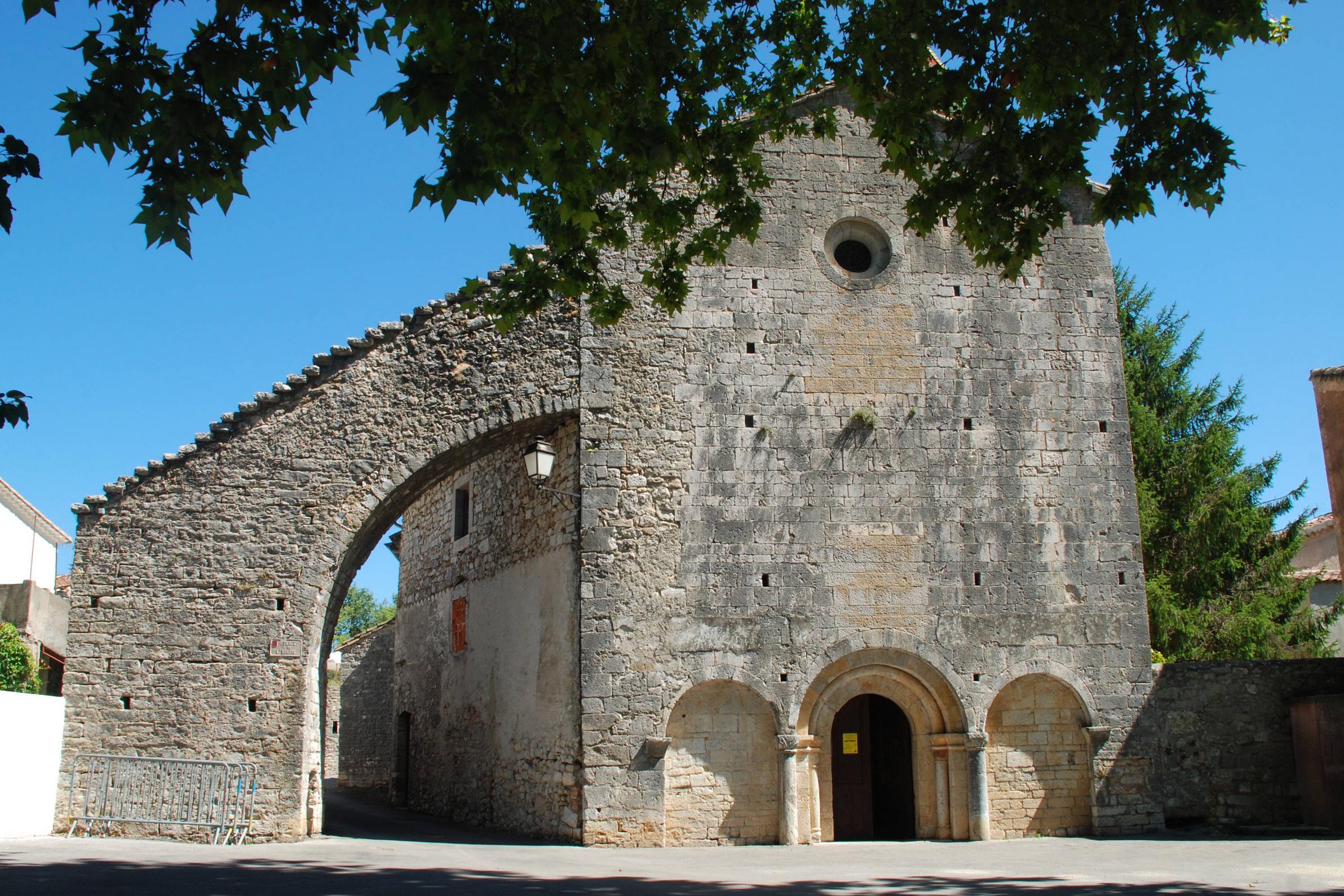 Detail of the portal: 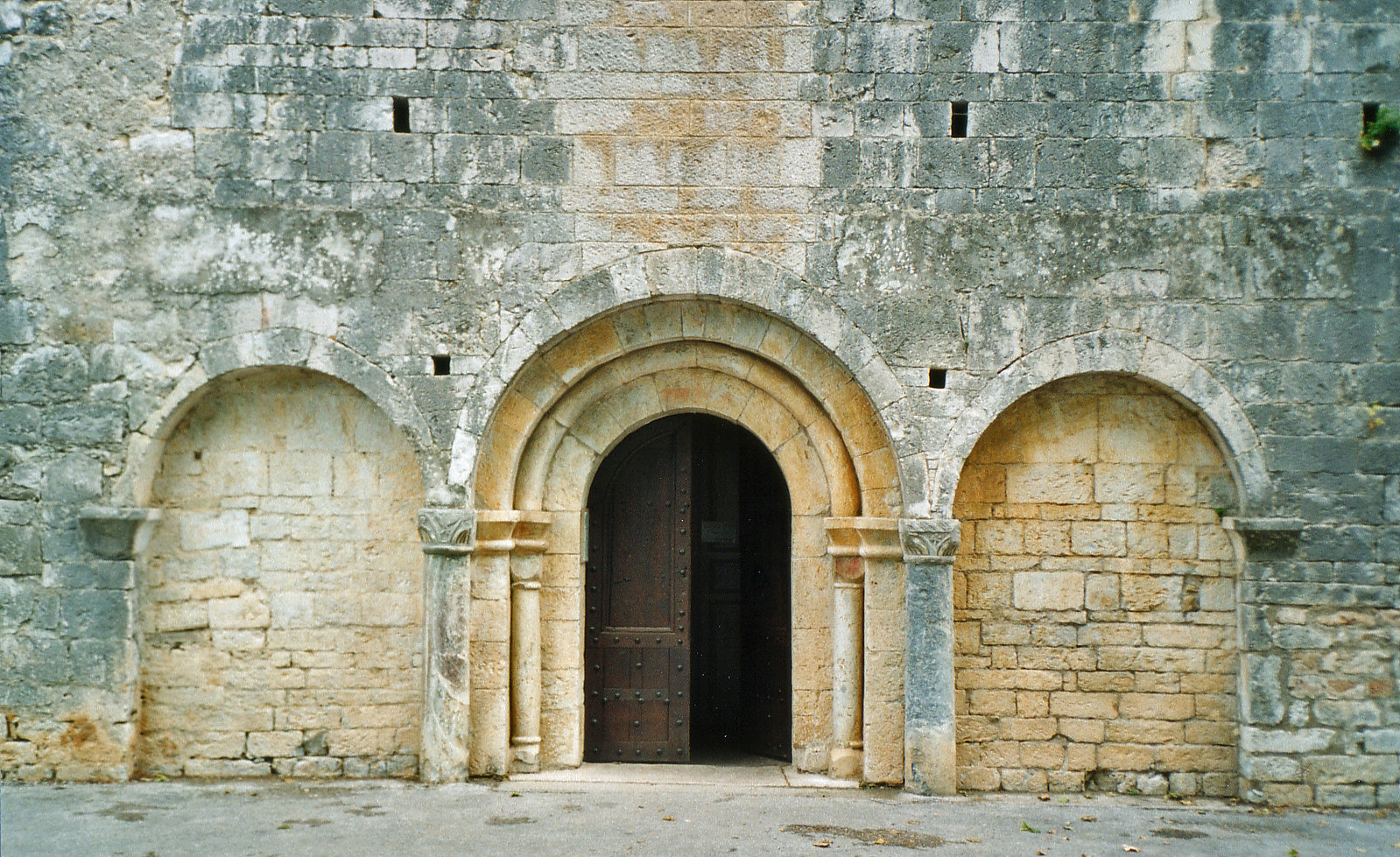 Here's a ancient Picture Postcard, showing the church with steeple: 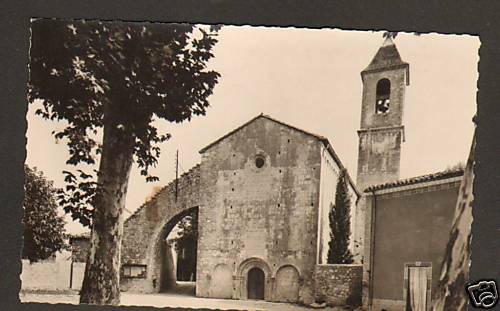 Not the answer you're looking for? Browse other questions tagged france identify-this where-on-earth history or ask your own question.

2
In which church do the French royalists meet?
3
Where was this photo taken?
6
Can anyone identify this church?
4
What is the location of this 19th century photo of the Andes?
56
Where is this tower, likely photographed in Belgium about 100 years ago?
40
Is this image, taken about 1900, actually from Nuremberg?
42
Identifying a church by a lake and a railway line, claimed to be in the Canton of Lucerne
19
Where is this chained man statue, photographed a century ago?
27
Photograph allegedly from Barcelona in 1987