Is this image, taken about 1900, actually from Nuremberg?

I'm trying to identify the place (and if possible the building, the church and the fountain) in this image: 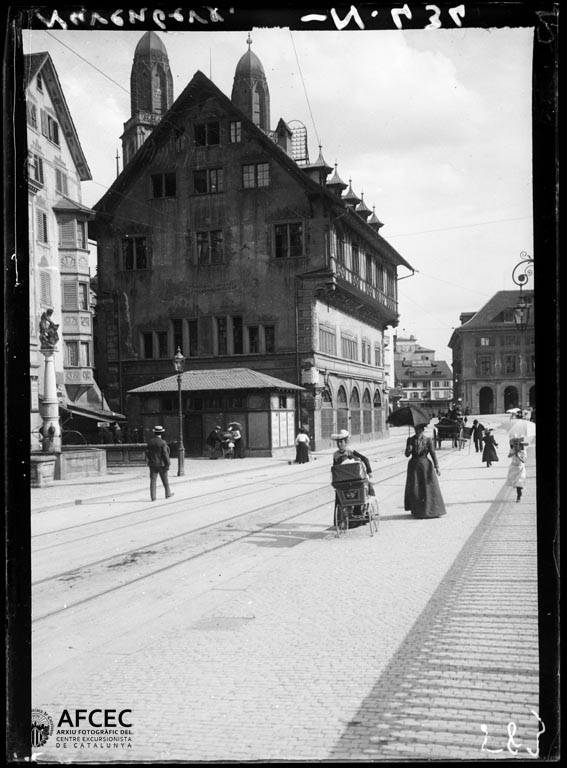 The image is labelled as a street in Nuremberg and taken between 1880 and 1912. However, I haven't been able to match the two church towers in the background to any church in Nuremberg. From other images in the collection, we can confirm that the photographer was in Nuremberg and other Bavarian cities, but some images weren't properly labelled (for example, an image originally labelled as being Pappenheim actually showed Munich's Marienplatz).

Then, the image could actually be Nuremberg or if it isn't Nuremberg it's likely to be another Bavarian city.

The image can be also found at https://commons.wikimedia.org/wiki/File:Un_carrer_de_Nuremberg.jpeg or in its original location at http://mdc.csuc.cat/cdm/singleitem/collection/afceccf/id/22180/rec/936

A summary of my motives to ask about location of old photographs is in my previous question.

The church would appear to be the Grossmünster in Zürich. 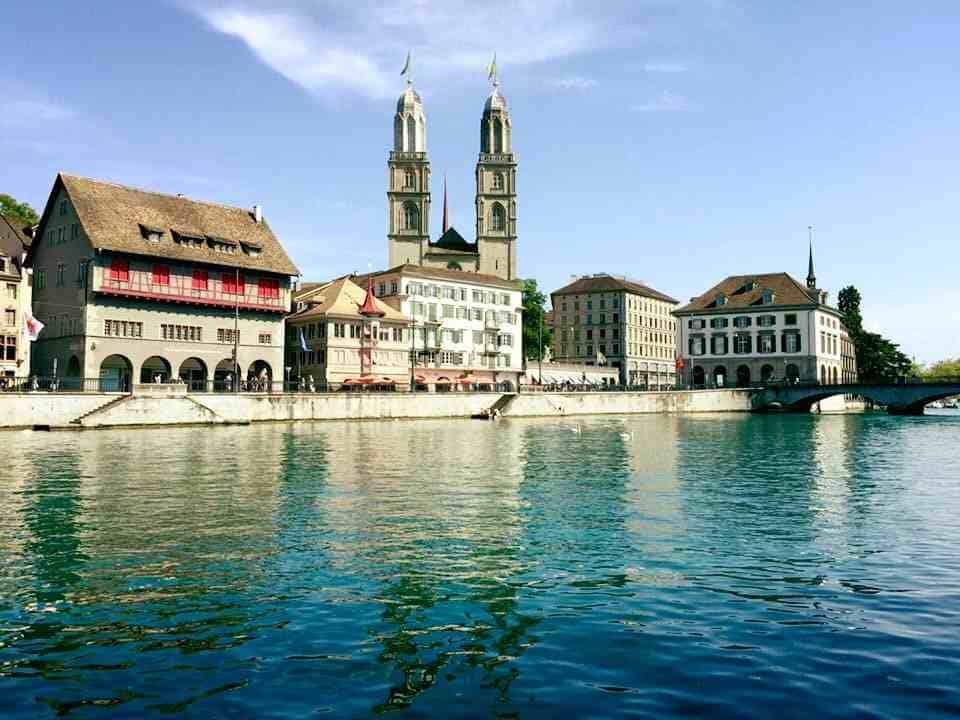 The towers are quite distinctive, and the tip of the spire at the rear of the church (seen here between the towers) is just visible in your photo to the left of the left tower.

The building in the foreground of your photo - the Haus zum Rüden* - appears to the left in this image, and has a new roof.

The building to the right of your photo also appears in this image, next to the bridge.

There are what appear to be power lines suspended above the street, and tramlines set in the roadway. This would date the photograph to no earlier than 1894 when the first electric tramway opened in Zürich (source:Trams in Zürich).

Here is a screenshot from Google Maps: 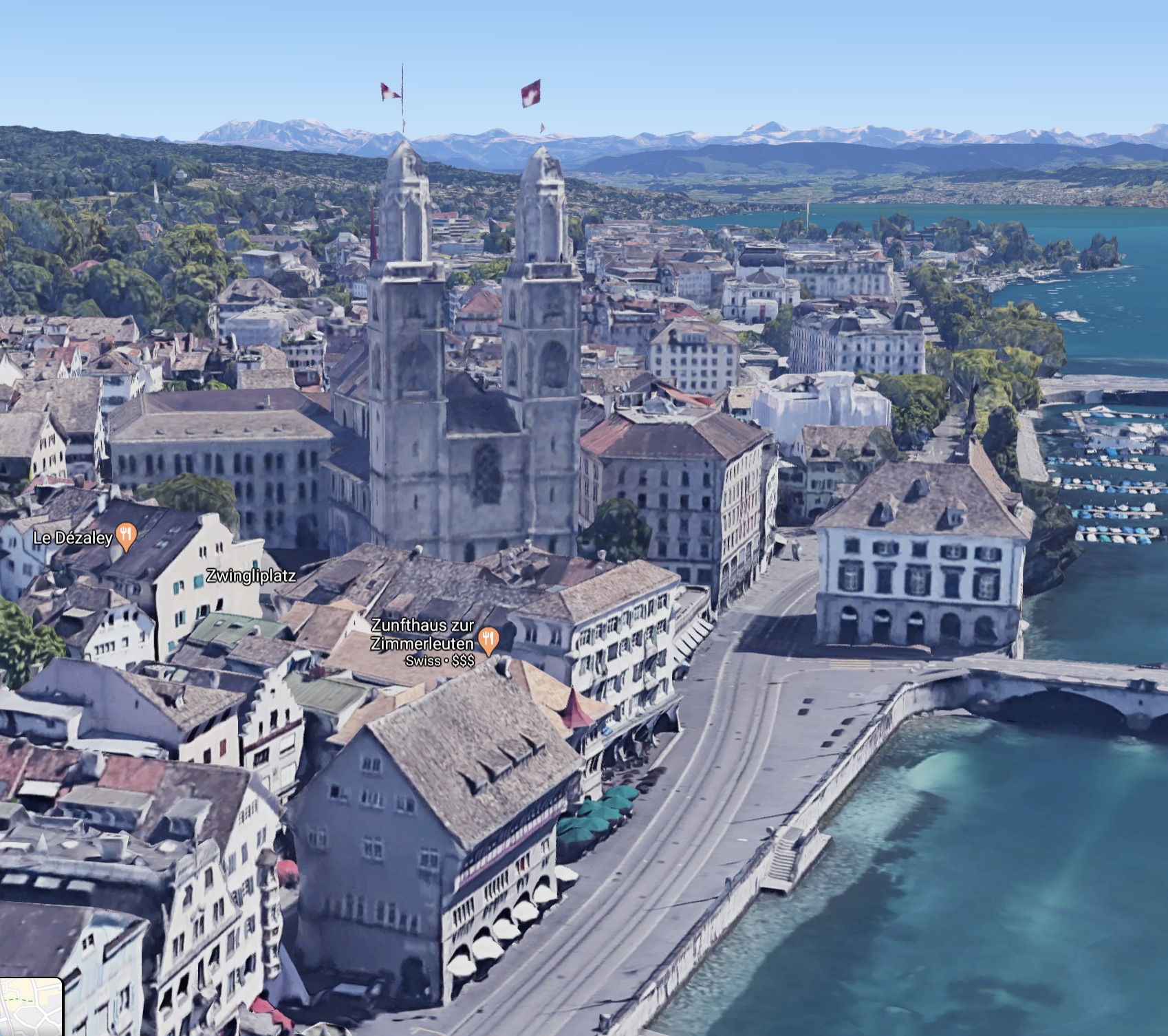 * Thanks to @tuhuwawohu for the name of this building

I would suggest asking the Nuremberg Municipal Museums about this image or others tagged as Nürnberg.

Local museums are often interested in receiving such images taken by visitors since sometimes angles, viewpoints or a timeframe may complement their existing collections.

Based on @Arthur'sPass answer, which looks to me like a realistic candidate, the details on the right of your image might be of interest to a local museum in Zürich.

Not the answer you're looking for? Browse other questions tagged identify-this where-on-earth history landmarks zurich or ask your own question.

40
Where this picture was taken ~100 years ago?
16
Where is this picture taken from (in Taiwan)?
3
Where was this photo taken?
4
What is the location of this 19th century photo of the Andes?
18
Old Windows Wallpaper Image 'shedinfield1024' - Can anyone tell me where this photo was taken?
56
Where is this tower, likely photographed in Belgium about 100 years ago?
29
Identifying a Romanesque church in France from a 1900s photo
42
Identifying a church by a lake and a railway line, claimed to be in the Canton of Lucerne
19
Where is this chained man statue, photographed a century ago?