My cousin is currently stuck in the UK as he was meant to be in the UK only for transit to continue to Bosnia. 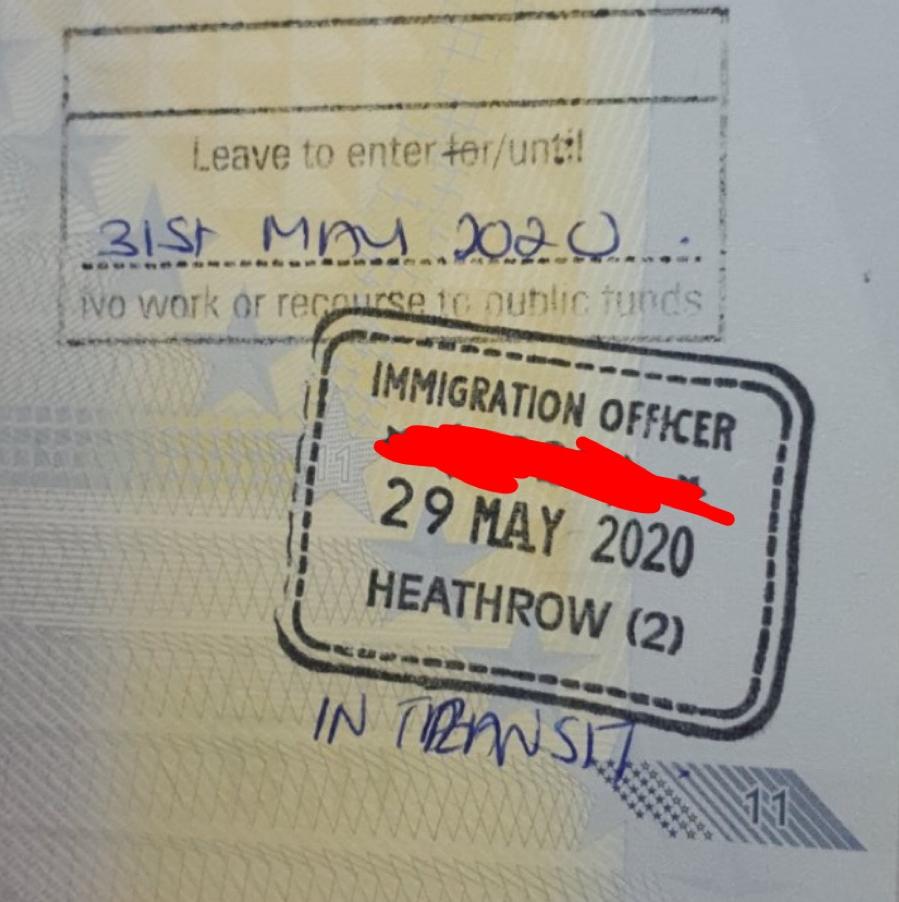 The travel procedure was meant to be Bahamas -> London -> Bosnia. He has been put in a hotel here in London and he doesn't have a visa for the UK.

He was working and got stuck in the Bahamas. His flights were organised by his company to get him back to Bosnia. The flight from London to Bosnia was unfortunately cancelled. So he is waiting in a hotel until that is organised. He is a citizen of Bosnia as am I.

He has a right to be in France due to schengen. My question is would he be allowed to leave the country into France via car (euro tunnel/ferry) with myself a British citizen?

The passport stamp you posted indicates that he was admitted to the UK for landside transit on 29 May until 31 May.

He needs to either leave the UK by any means of transport on or before the end of the day 31 May, or if he is unable to do so, he can file for an extension to 31 July by filling out an online form that UKVI have made available for people stuck in the UK due to COVID-19.

I would recommend that he apply for the extension immediately, even if he thinks he might be able to leave the UK via some other method, as travel plans can and do change quickly these days.

We left the UK by vehicle and had no issues getting all the way to Bosnia, and entering.

Not the answer you're looking for? Browse other questions tagged visas uk schengen-visas transit-visas or ask your own question.

61
Is there a way to find out if I need a transit visa for a layover in the UK?

2
Transit stop in Germany on route to USA from Turkey with expired Turkish visa
18
Cancelled UK visa at airport but still allowed in for 3 weeks. Why did it happen?
5
UK visit visa refused twice due to unsatisfactory bank statements. How to reapply?
6
Schengen visa refused but my husband's was granted
0
Supporting my husband's UK visa application
2
UK Standard Visitor Visa for Indonesian citizen
1
Are my answers that I will give in the application going to be refused by UK visa officer?
2
Luggage retrieval at London Heathrow