Usually I get my plane tickets directly from airlines. Now for the first time I had to purchase two tickets through a touring company for a repatriation flight. All they have sent me after the purchase (along with the invoice) is the following: 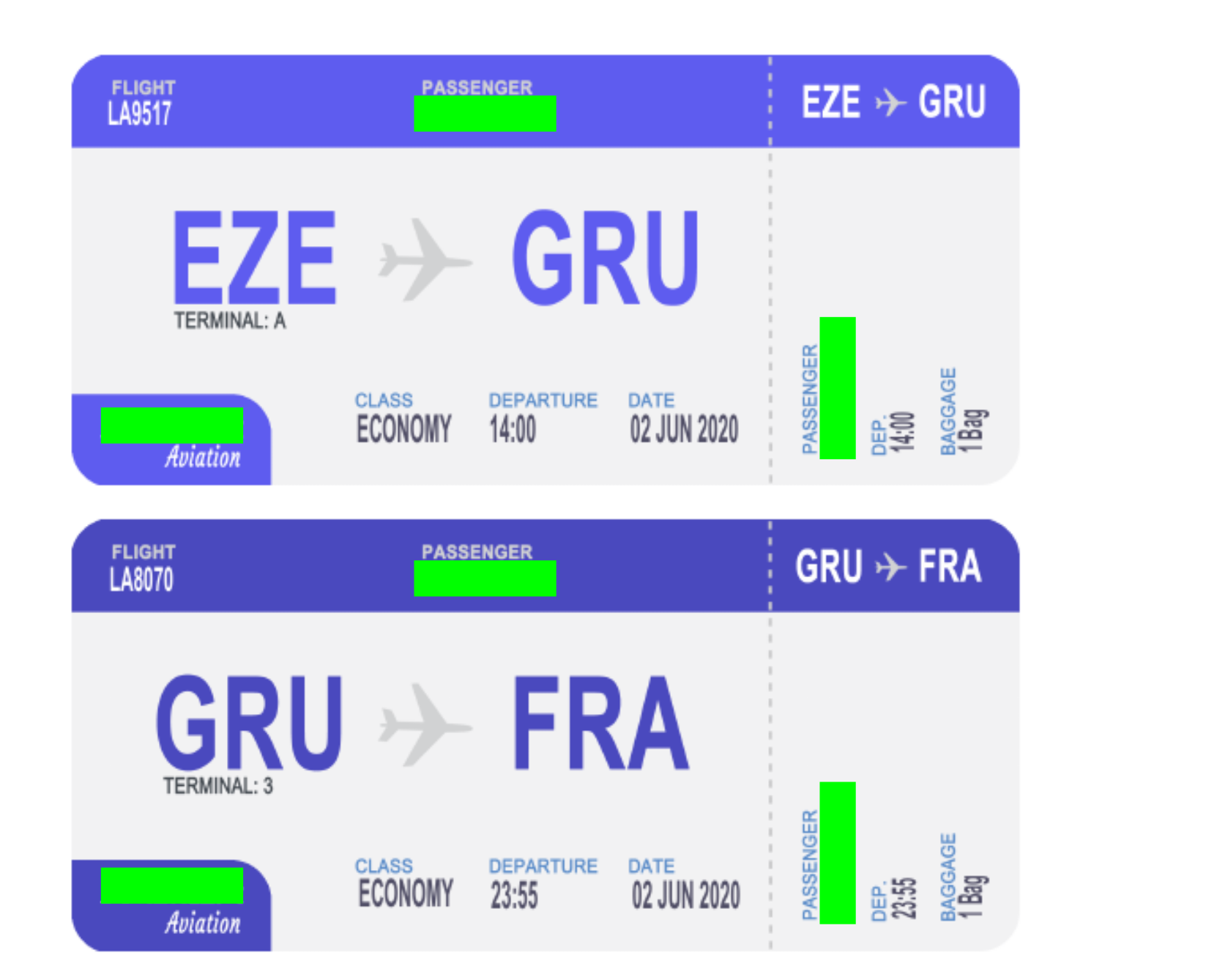 and they told me I have to do the check in at the airport (I always did online check in). Even though these are pretty looking tickets, they do not have any security code, reference number, etc. So to me this is not a confirmation at all that I have the seats reserved within LATAM airline. I have insisted to this touring company to send me the reservation codes without success up to now.

How do things usually work in these cases? Is it normal that touring companies do not provide you the "reservation number" and you just have to go to the airport confident that they have done a good job? What if they didn't?

This company has good reviews in Google so I am not suspicious about their intention nor their professionalism. However I would be more comfortable having some way to confirm my name in these planes in the website of LATAM. I have already contacted LATAM and they confirmed that everything is right with the second flight. However, they weren't able to give me any confirmation for the first flight and this is having me worried...

Repatriation flights are special, and there's nothing normal about them.

LATAM flight 8070, your flight GRU-FRA looks like a normally scheduled flight. I can go to Google Flights and book a seat on it right now (there may be generally applicable regulations about who can fly on it with Germany's travel restrictions, but that's irrelevant to its status as a regular commercial flight). But LATAM flight 9517, from EZE-GRU, is not a regularly scheduled flight and does not appear in public schedules (many airlines use flight numbers 9000 and above for special purpose flights like charters and ferry flights). It doesn't appear to be possible to buy a ticket on this flight through the normal sales channels.

As such, I would not expect the usual processes like confirmation numbers and online checkin to apply. If this is a repatriation flight that has been chartered by a government, control of the passenger list may be managed by the government (or a tour company they've contracted to collect payment and facilitate the process) and not the airline. The process at the airport may be different than usual. In some cases, consular staff are performing functions normally handled by airline employees (see, for instance, these photos of US repatriation flights in South Africa or this video from Nepal—there are a lot of consular staff operating stations that are not part of a typical check-in process) and may have their own lists of who belongs on the flight.

The fact that they have booked your second flight, as confirmed by the airline, is a good sign that this is not some kind of outright scam. Ultimately, there may just not be a confirmation number for your repatriation flight. As Greg Hewgill notes, getting to the airport early and following the instructions you were given is probably your best bet now.

Not the answer you're looking for? Browse other questions tagged bookings airlines or ask your own question.

9
Why do airlines require an address when booking?
7
What to do if an EU airline cancels your ticket without notifying you?
6
How can I verify my AirAsia booking made via an online travel agent on the AirAsia website?
16
Same destination, same departure airport, same departure hour, different flights
2
Can I lookup a PNR without going through the relevant airline's website?
5
Flight check-in denied at the airport. Forced to buy a new a ticket. How can I ask for a refund?
4
Hotel asks for credit card and passport through mail for restaurant reservation
1
Why do some airlines and air travel agencies send confirmation emails even if the flight has been cancelled?