Where are these 3 white flagstaffs in front of a commemorative stone, river and valleys? [closed]

I cut out my sibling's head from this picture. Sibling thinks this was in North America but can't remember. Perhaps Europe? Anyone recognize this?

We see a plaque with text on a stone like a commemoration? We see a boat cruising. We can't figure out what those black beams rods are behind the three white poles and people are sitting on the shore line. 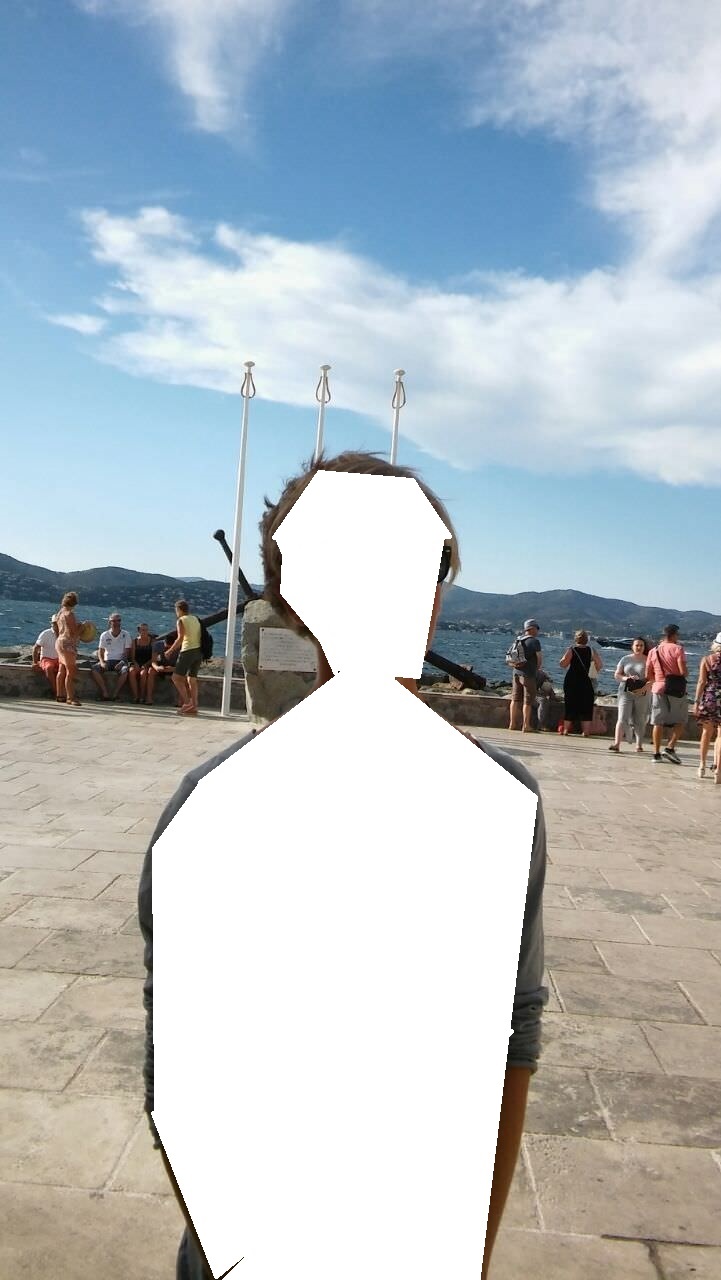 This picture was taken at the "Landing Memorial" in Saint-Tropez, Côte d'Azur, France. The memorial honors the American, British and French landing troops who came ashore in the Provence on the 15th of August 1944.

The memorial also honors the French commandos led by Henri D'Astier de la Vigerie, who landed on Saint-Tropez on the 17th of August 1944.

More information about the memorial, including the text of the two inscriptions, is available on the Page "Les monuments aux morts" of the University of Lille, France.

See also this page on tracesofwar.com.

Here's a view of the monument from Google Streetview:

Here's a different streetview, giving a better view of the two anchors: 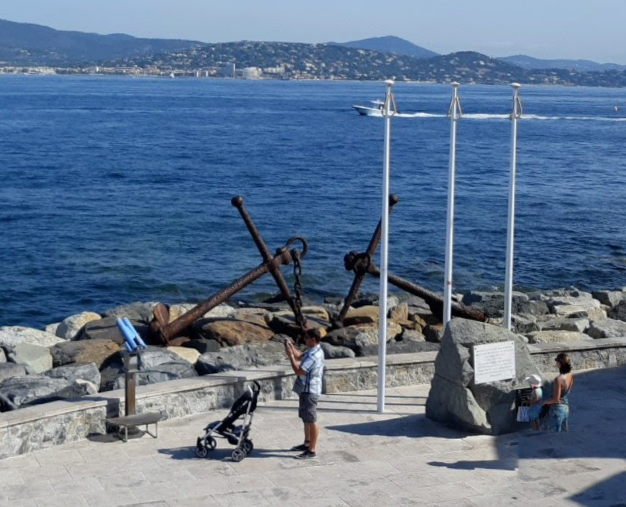 Not the answer you're looking for? Browse other questions tagged identify-this where-on-earth or ask your own question.