How can I find a way to climb on a rooftop in Paris and just to chill out there?

I love Paris views but not a fan of those rooftop bars.

Inspired by a blog post, I'd love to chill in Paris rooftop next time when I go there. I wonder if it's possible if I don't stay in one of the apartments with rooftop, I wonder if there's any buildings with public access to their rooftop (which isn't built into rooftop cocktail bars etc), any suggestions? 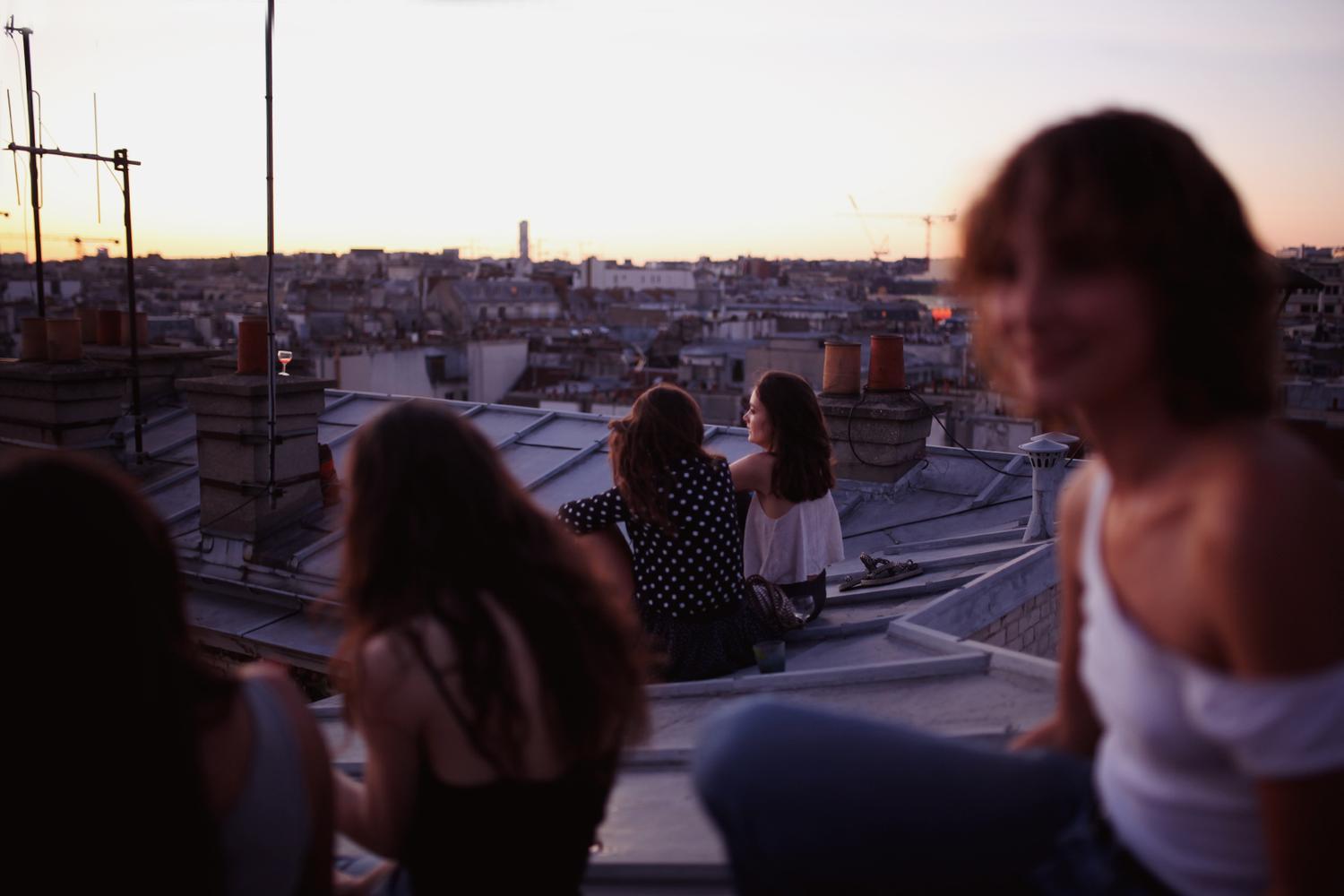 I think your best bet will be to befriend locals.
As it is not easy to meet the right people by accident, you can try the online meeting places.

I would personally start with any members of any groups I am already part of who happen to live in Paris, but that depends on being part of an international or French organization. If you are not (yet) you may look if your hobby has regional or local groups with online presence, as you will have your hobby to talk about (rather than just begging access to their roofs.)
Next are the sites that are specially made for meeting people, couch surfing among others, and sites where people who travel hang out, (I am told the Lonely Planet site has one that actually works.)
Introduce yourself, tell them that you will be in Paris in a while, would like to catch the sun on a Paris roof and do they know someone with access to a Paris roof?

You have to realize that there are not that many roofs available. My Paris friend who lives in a top floor apartment may or may not have access to the actual roof, (I was there in March and April, not the time to sit out on the roof.)
His flat is on the top of 6 more floors of apartments and non of those has roof access, as only the top floor has that if any.
It is even rather likely that most roofs in Paris are not made for access and that many of the people who you see on those roofs are there (semi) illegal. If there are no railings, they are not legal to use, just like flat roofs lower down without railings are not for sitting or walking on. And while people are willing to take the risk for themselves, they are less likely to share with strangers and even less when asked online by strangers (who may be building inspectors or something like that.)

So while I think it is not impossible to get on a private roof, I would not expect you to find it easily.

Renting an apartment (airbnb or other) in the roofspace may work, even better if it is advertised with 'roof access'.

There are a few touristy locations which have roofs that can be accessed. I remember being on the roof of the Basilique du Sacré-Cœur, as part of a 'see the building' route, for which you pay an entry fee. One of the views is on the photo. You do not walk on the actual roof nor can you stay out there in the sun for a long time, but you can have a good look. 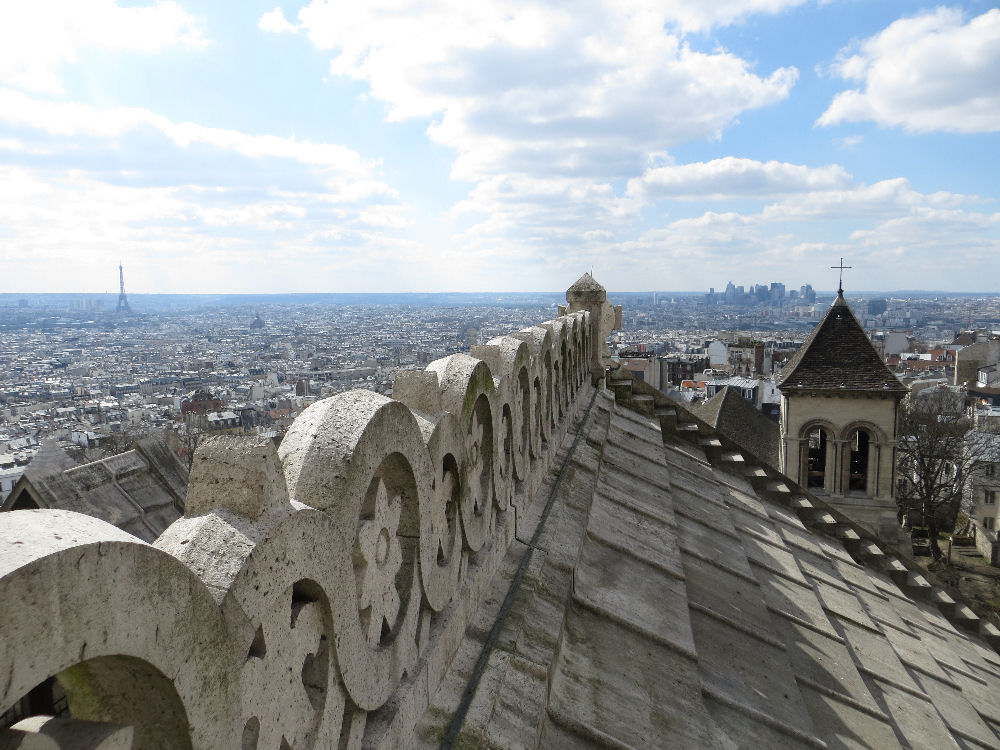 Photo taken by Willeke, 5 April 2015. (I place this photo in the public domain now.)

Not all big buildings in Paris have roof access tours but some more may have.

At the moment (April 2020) public access is closed, but should be reopened this summer.

Probably pure luck, friendliness, confidence, and courtesy. You have to be in the right place or know/meet the right people. Some locals may have access that the general public will not. I’ve stayed at AirBnBs in Manhattan, Mallorca, Venice, just outside of Rome, and the 5th arrondissement of Paris with private, rooftop access for just our unit. In the case of Mallorca, the roof access overlooked both the city and the palace.

In the case of Venice, it just happened to be an attic storage area that was converted into an apartment. It was not an official hotel room. We would not have been allowed to stay there except that our original accommodations had been uninhabitable due to a maintenance issue. And, the rest of the hotel (as well as other hotels in the area) were all booked solid.

This is a rare rooftop bar/restaurant in the 11th arrondissement which I can recommend because of its beautiful views from the east side of the city https://leperchoir.fr/location/le-perchoir-menilmontant/

(I'm not associated with this business)

Not the answer you're looking for? Browse other questions tagged budget paris or ask your own question.

34
If I travel to Paris, can I get by with just English?
7
How to find a multi-day park-and-ride for Paris?
21
How can I get around Paris both cheaply and efficiently?
12
Is there a cheaper (slower) way to get by train from Brussels to Paris than Thalys?
8
What is the cheapest and fastest way of traveling between Liege and Paris with deterministic travelling times?
4
How to find where there are safety issues in Paris?
3
Catacombs of Paris - How to buy ahead of time and discounts
7
How to find bus maps for Paris outside the périphérique?