How are border closures enforced in the Schengen area given the large number of crossing points?

In the past month, all Schengen countries announced strict border controls even within the Schengen area and even for EU citizens. However European borders are extremely porous given the large number of border towns and small international roads that go across forests and fields.

So how are these Schengen borders enforced in practice?

NB: I am not in the Schengen area currently, nor am I planning to go there and cross any borders.

This is enforced the way most rules are enforced: catching the low hanging fruits, deterring others and generally making it more costly/statistically less likely to succeed even if you cannot stop everbody. That's true even in normal times and for some borders outside of the Schengen area or many other type of rules. Short of miliarizing a border East-German style (and even then), you cannot stop each and every person who wants to evade controls.

Just like most of the other lock-down measures (including shop closures and restrictions on movement inside countries), the goal is to reduce contacts, not stop them entirely. And it's still allowed to cross these borders for many purposes (cross-border work, returning to one's residence, goods transport)…

This also means the goal has never been to prevent people who are ready to make significant efforts to circumvent the restrictions (nor should it be) but mostly to impress upon everybody that movement is not desired. Stops on the motorways are perfectly adequate for this, in fact they might not even be really necessary, reducing rail and air traffic already achieves most of the desired effect.

These forces, togeather with Customs and state police, have always remained active in one form or another behind the border. Customs may check anyone within a 30 KM distance from a customs border, checking for goods allowed in one country but not allowed in another. Between Germany and Poland this often occurs for checks against weapons, fireworks or fertilizers - where different standards exist.

Simple barriers are placed on road or bridge crossings: 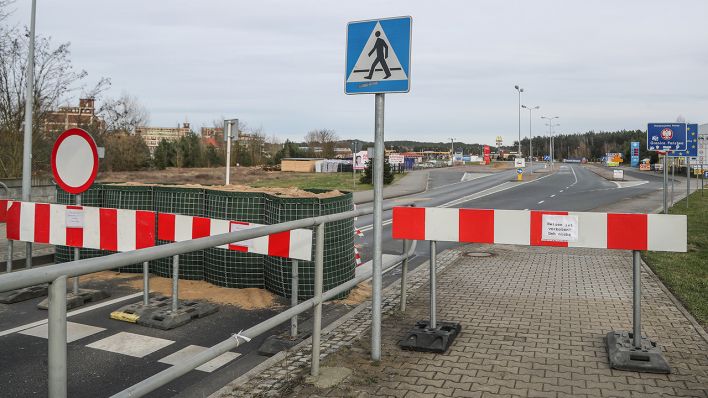 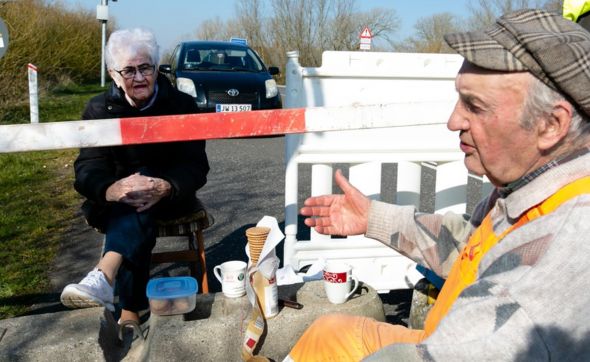 There are still national and customs borders depite the European Union, only their tasks are now much more simplified than they were before. In most cases most people don't notice it (which is the intention), but the infrastructure is still there, but have been scaled down.

Such measures cause a strain on such resources, but it is intended only for a short term and the amount if people out and about are much less than normal.

Well, the German-Danish land border has recently been equipped with a fence against migrant boars ...

This fence (1.5 meters high) was built between January and December 2019.

You will also find such (lower) fences on the German / Polish border, where the river in not very wide. 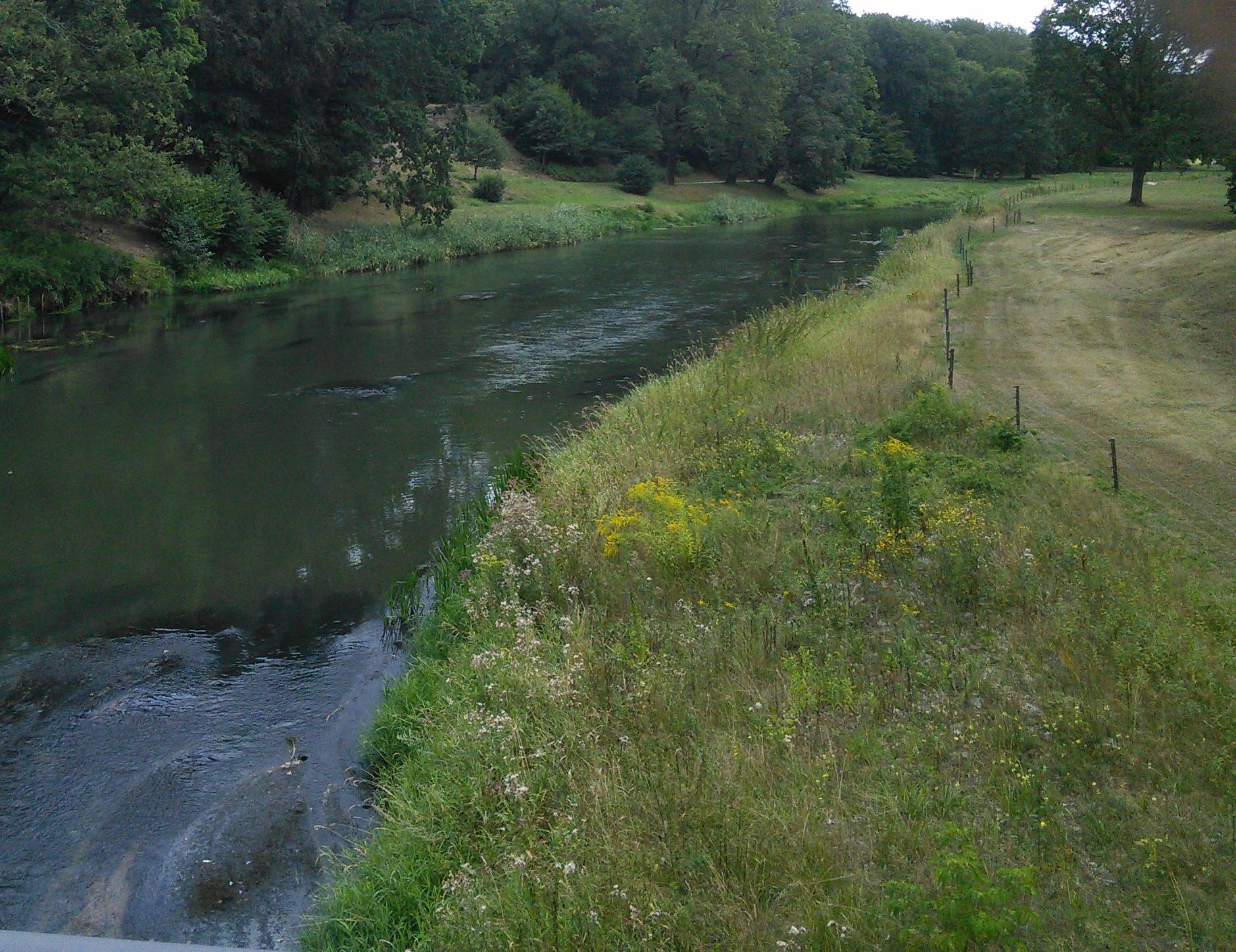 Also in Berlin it is also not uncommon on the river front to forests, where until the opening of the border, the the border fortifications were an effective barrier (Western Berlin was until then rabies free).

At this time, there are police patrols along the German and Dutch border, both sides. The border is not completely closed, Germans who insists have to be allowed into the Netherlands, while Dutch who want to go into Germany have to proof a very good reason and cheaper petrol or shopping is not a good enough reason and fines are given.

I have heard of other countries that have the same kind of police patrols near the borders, but there may well be other variations as well.

I am in the Netherlands but nowhere near the border, it was on the national news on the radio.

I live about a 5min drive away from the Austrian Border. You can cross the border if you have an important reason to do so. (like work)

About twice a day there is a helicopter of the armed forces checking for attempts to bypass the efforts.

Where borders have been closed, as far as I have seen on the news, they simply put up a barrier and a “no entry” sign as for, say, roadworks or public events. I have heard of police presence, but this does not seem to happen at all border crossings and not all the time.

Also, some member states have restricted people from even leaving their home, except for a valid reason (such as grocery shopping, going to work or to get medical treatment). If such restrictions are in place on either side of the border, people would not even be able to travel to the border and/or away from it. Anybody moving around in public might be stopped by police, no matter what side of the border they came from. Enforcement in such cases tends to take place where violations are most likely to happen (say, in public parks and the like).

Lack of public transportation across borders is also a kind of enforcement: people who do not have a car and do not live near the border have hardly any way of crossing the border these days.

Lastly, the fact that something is unlawful, subject to fines and will be enforced (even if just sporadically) is enough to keep many people from doing it. (After all, most people observe speed limits most of the time.)

All of these things together reduce cross-border movement sufficiently to prevent COVID-19 from spreading, which is, after all, what all the measures are about.

Not the answer you're looking for? Browse other questions tagged schengen borders covid-19 or ask your own question.

11
Does Nepal have open borders with India?
9
Are the Schengen “airport transit visa” even checked?
8
Crossing the border from Switzerland to France and back
26
Why is UK passport control so much stricter than in the Schengen area?
6
Are border controls currently in effect in France?
23
Implications of Temporary Internal Border Control in Schengen Countries
4
Are the Guatemala -> Mexico borders near Tapachula open?
11
Is there a route that would allow travel to the US from the UK or Schengen area, given the US travel ban?
39
How easy is it to get in and out of Russia by illegally crossing its border?